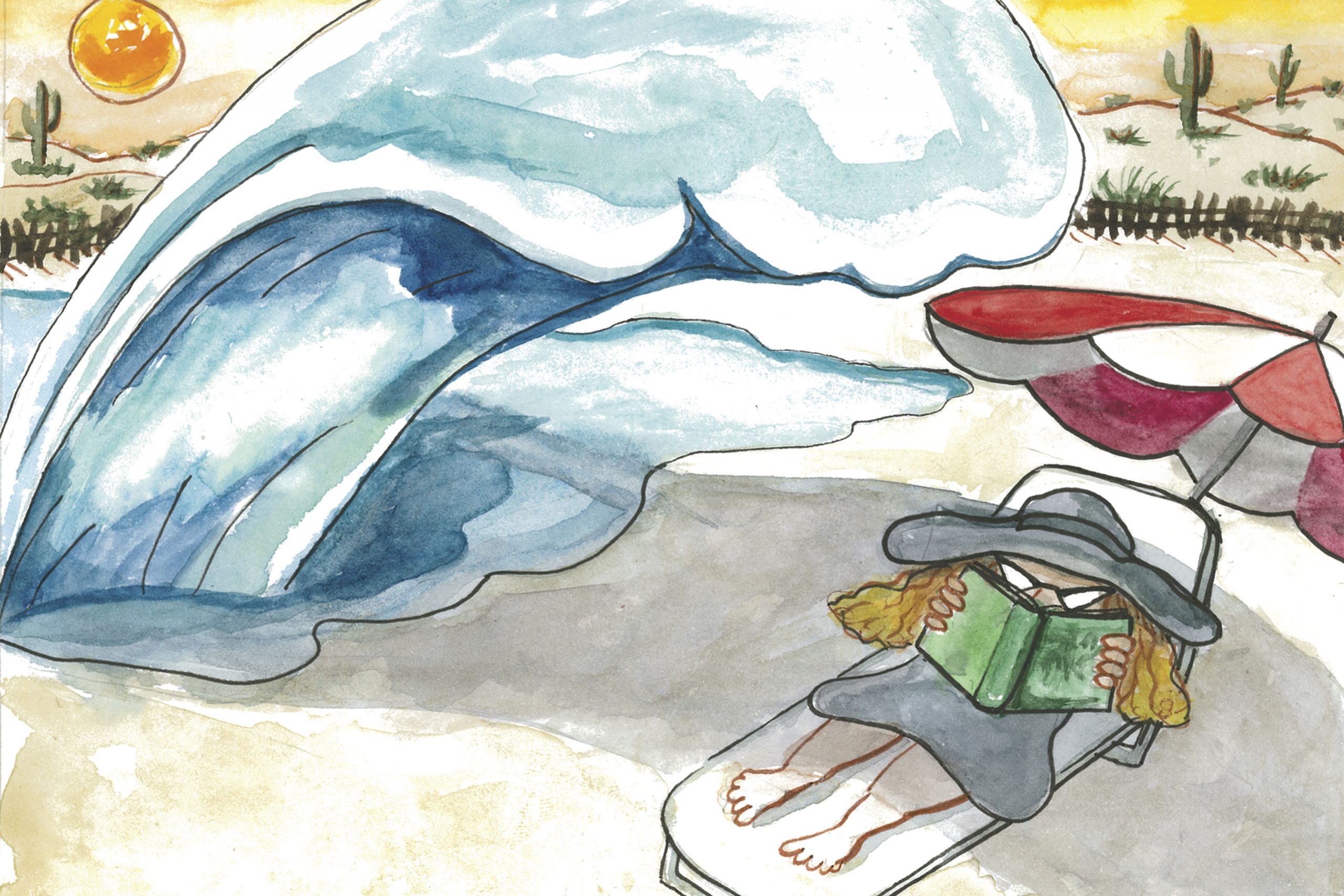 Big Surf kind of sucked. But like so many vestiges of the Valley’s yesteryear, is that any reason not to miss it?

On a sweet, warm summer day I dug my toes into cool, wet sand and waited for the wave.

I was 6 or maybe 8, and likely wearing a very unflattering two-piece bathing suit along with my hideous shag haircut. The wave came, harder than I expected, slamming me to the bottom, where my face hit – concrete. More than four decades later, I can still picture the white paint under that thin layer of sand and feel the water up my smashed nose. I probably have scars from the blisters we all got from walking on sand on a 110-degree day.

Like so many things from childhood, Big Surf was both awesome and awful. And now it’s gone.

I was thinking about the revolutionary water park that opened in 1969 on what was then the far eastern outskirts of town, as I walked around the parking lot on the first Saturday in April. In the last couple years, a monthly flea market has taken up residence in front of Big Surf, and the faux grass shacks make a nice backdrop for folding tables piled with other people’s memories.

You don’t need a degree in psychology to understand why I love to dig in piles of old maps and photo albums, looking for clues to the past – my past – in giant glass jars of matchbooks from shuttered Phoenix restaurants and old-timey Arizona souvenirs.

I’m not alone. My husband’s favorite Christmas gift last year was a stocking stuffer, an accordion fold-out of postcards from Legend City, the kitschy amusement park that operated in the middle of the city from 1963 to 1983.

Ray and I grew up on opposite sides of town, and our childhoods were very different. I spent my time looking for sales at Scottsdale Fashion Square while he and his best friend rode their bikes to Park ’n Swap and did a lot of things I can’t write about today.

“You went to Big Surf a lot, right?” I asked him as I sat down to write this.

“Oh, yeah,” Ray says, and tells me two stories I will never repeat. The third one isn’t too bad, though I still can’t believe I raised two children with this man.

He and his BFF would swim out to the farthest reaches of the Big Surf wave pool, and when the lifeguard wasn’t looking, they’d slip over the big red line that indicated danger. And then, if they were lucky, they’d be sucked underwater into a whirlpool of sorts. “It felt like you’d feel if you were a sock in a washing machine!” he says.

Then, having spent all their money on the admission fee – the place was impossible to sneak into – they’d eat ketchup packets for lunch.

To me, that kind of sounds like hell and, to be honest, I was miserable the couple of times I agreed to go to Big Surf with Ray and our girls. Metropolitan Phoenix is no place for a beach.

My mom agrees. I only recall that one childhood moment at Big Surf, but she says we went at least a half dozen times, adding that there was something really gross about eating a hot dog in that kind of weather.

She’s not mourning Big Surf. Neither is Ray, as it turns out. “It’s kind of a shit hole,” he says. “It’s like so many things in Phoenix, it just wasn’t built to be a monument to the people of Phoenix and something that would last for decades. It was another stucco and chicken wire kind of project that they put up in the ’60s and it was beloved, so it did last a while.”

I’m a little sad. Rumors of Big Surf’s demise have swirled for decades, but it held on till the pandemic. And now it’s gone. I know I’m a hypocrite – I don’t want to go, but I want it to be there. It’s an oddity, a relic, a cool thing that made Phoenix unique.

Ray’s got a copy of National Geographic with a story about Big Surf – somewhere. A quick Google search and there it was, an aerial photo (they rented a giant crane, drone technology wasn’t a thing in 1977) of pale blue water against the stark desert, dozens of tiny people floating and standing in the water. Maybe I was one of them. Perhaps we’d both been there that day.

For a laugh, we went to the flea market this spring, and as the morning wore on, the heat grew inhospitable. As we headed to the exit, I passed a woman carrying a giant sign that said, “BIG SURF WATERPARK NOW OPEN.”

I stopped her, asked where she got it. She pointed to the far end of the parking lot, where someone was selling the last of the Big Surf memorabilia. I thought about it for a second, then turned to leave, taking a last look at the grass shacks instead.