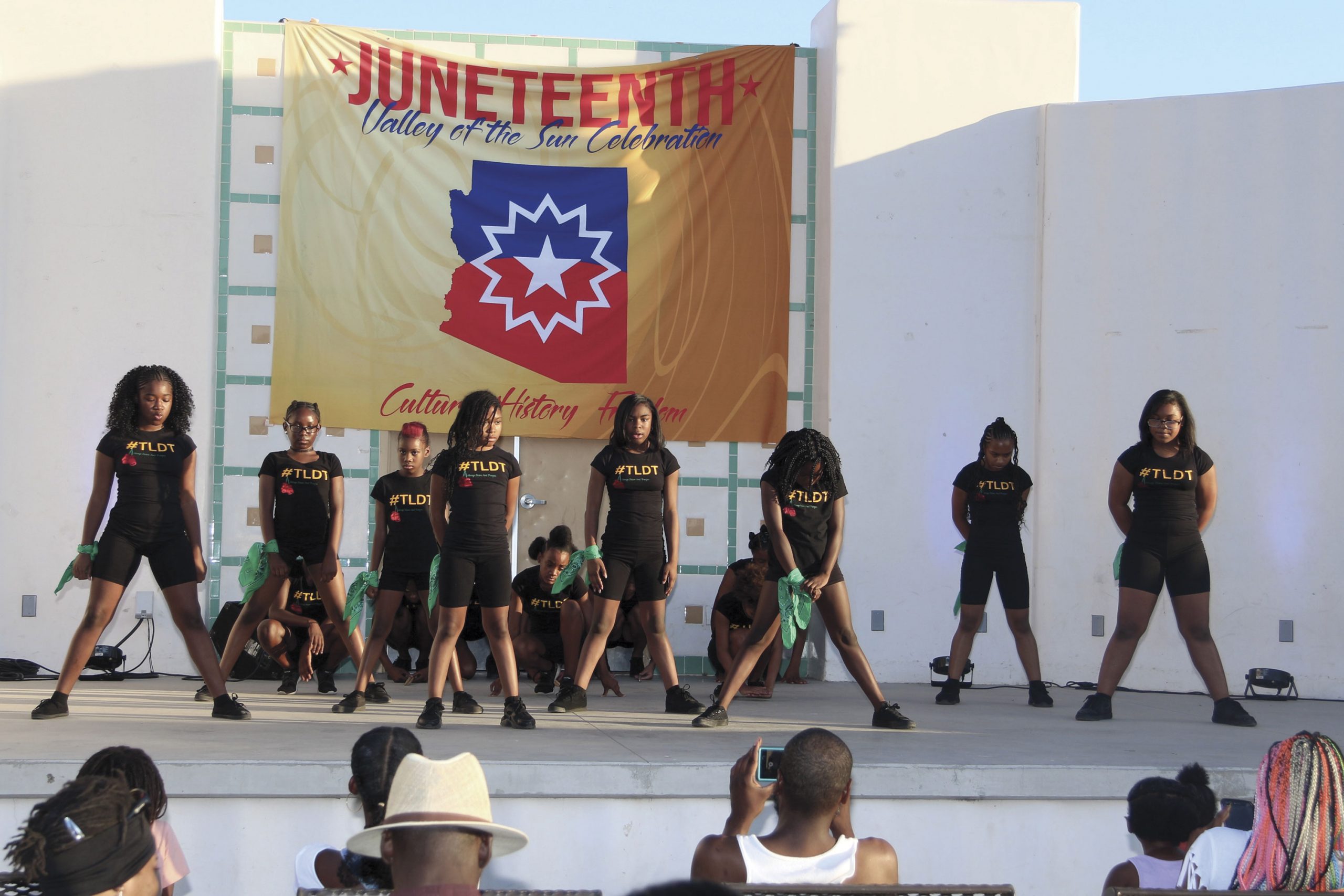 Phoenix’s recognition of Juneteenth has been long coming.

Lanette Campbell remembers the last time the city of Phoenix tried to take control of Juneteenth, the annual commemoration of the day, June 19, 1865, when slaves in Galveston, Texas, became the last to learn of their freedom – two years after the signing of the Emancipation Proclamation. Informally observed by African Americans in Phoenix since 1911, Juneteenth eventually became a well-attended festival held each June at Eastlake Park.

“In 2002, city organizers decided they were going to switch the celebration to February and include it as part of Black History Month,” says Campbell, wife of Arizona Informant publisher Cloves Campbell Jr. and organizer of Arizona Black Rodeo. “They said it’s too hot in June, so they decided to move it and rename it ‘Febteenth.’ We just thought that was the most ridiculous thing in the world!”

In response, Campbell formed the Valley of the Sun Juneteenth Celebration, which began holding its own event at South Mountain Community College, moving it back to Eastlake Park in 2012. This year, she happily returns the reins to the city, which declared Juneteenth an official city holiday on the heels of President Joe Biden signing the Juneteenth National Independence Day Act in 2021.

“[Phoenix Mayor] Kate Gallego’s been coming to our Juneteenth celebrations even before she became mayor,” Campbell says. “So, this didn’t just start for her.”

The move makes every June 19 a paid day off for city employees (June 20 this year, as the 19th falls on a Sunday), with several corporations also making it a paid holiday for their Arizona workers.

Gallego promises “tangible change” behind the pronouncement, including “equitable tree planting in the most heat-vulnerable neighborhoods, ensuring we adequately fund and encourage participation in Head Start, ensuring diverse participation in the boards and commissions that guide policy making in Phoenix, and much more,” she says
via email.

“I’m glad we didn’t have to go through boycotts again to get Juneteenth celebrated at this level in the state,” she says, referring to the convention boycotts that followed the repeal of Arizona’s MLK holiday, which lost Phoenix its Super Bowl hosting in 1993. “We’ve had to fight for this holiday, too – just not as loudly.”