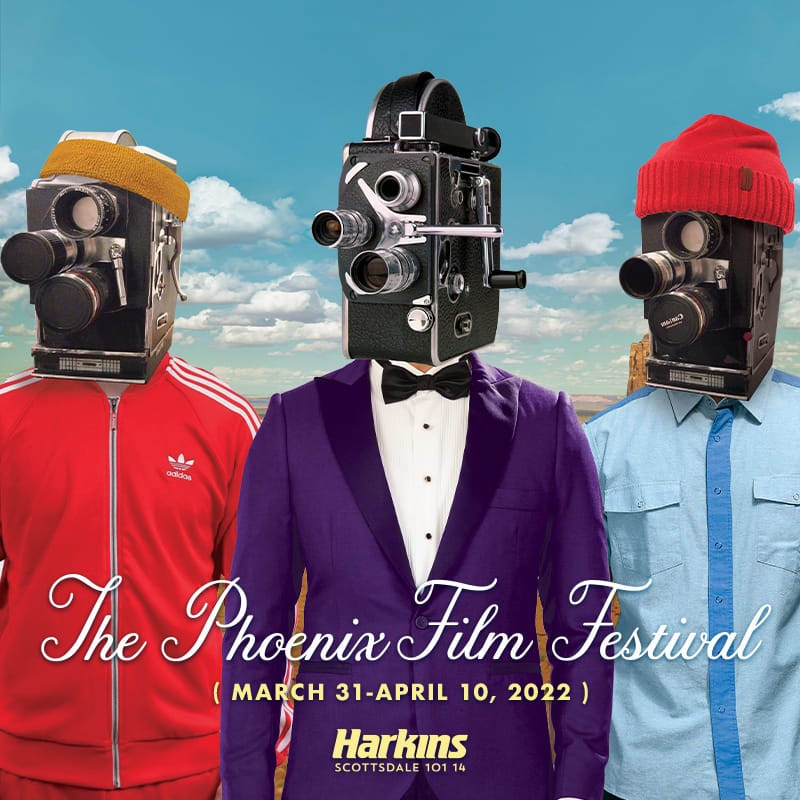 While the big story on Oscar night was, of course, The Slap, among the minor stories was the winner for Best Picture: Sian Heder’s comedy-drama CODA. As with Mesa native Troy Kotsur’s award for Best Supporting Actor for that same film, the win has a local angle here in the Valley: CODA was the Opening Night selection in last year’s Phoenix Film Festival. As PFF Executive Director Jason Carney crowed on Facebook after the win: “There it is! I’m so [exceedingly] proud to have opened our ’21 fest with CODA.”

That opening night was last August; the 2021 Fest had been delayed by COVID. This year the Fest is back on schedule, slated to open this coming Thursday, March 31, and continue through April 10 at its usual venue, Harkins Scottsdale 101.

After tightened-up festivities last year, the ’22 event is also planning to be back to some version of normality. As to precautions, the Fest is following the lead of the host venue.

“We’re doing what Harkins is doing,” says Carney. “Everything’s pretty much open. Masks are recommended, especially for people at risk, but otherwise it’s business as usual.”

“We’ll be showing it on the Cine Capri screen,” promises Carney.

In between these bookends are hundreds of films, feature length and short. Selections range from the improbably uplifting historical caper movie The Duke, starring Jim Broadbent, to the animated feature Michelle the Shell with Shoes On (based on the hilarious short starring the voice of Jenny Slate) to the offbeat sports story The Phantom of the Open, starring Mark Rylance.

On April 9 there’s a selection that Carney is especially looking forward to, however: “I’m excited about The Unbearable Weight of Massive Talent,” he admits. The action comedy, in which Nicolas Cage stars in the role of Nick Cage, “…apparently knocked it out of the park at SouthXSouthwest.”

As in past years, the International Horror and Sci-Fi Film Festival will run simultaneously with Phoenix Film Festival, and in the same venue. Director Monte Yazzie is also excited about the opening night feature, The Iké Boys.

“It’s a film about a group of Japan-obsessed anime fans who acquire the powers of their heroes,” explains Yazzie. “It has a Mighty Morphin Power Rangers and a Goonies, ’80s-style vibe.”

Yazzie is also psyched about Hypochondriac, about “a potter who happens to be gay, who loses his ability to make art. It uses horror tropes to build a new direction about identity.”

Many of the selections this year are boundary-expanding for the genre, says Yazzie.

“Every year I say this festival is diverse, but this year we really don’t seem to have two of any one thing. We have these fantasy visions, and some thrillers that may not be horror or fantasy but use those tropes. And the crazy part…no zombies!”

Go to phoenixfilmfestival.com for schedule, ticket information and details.