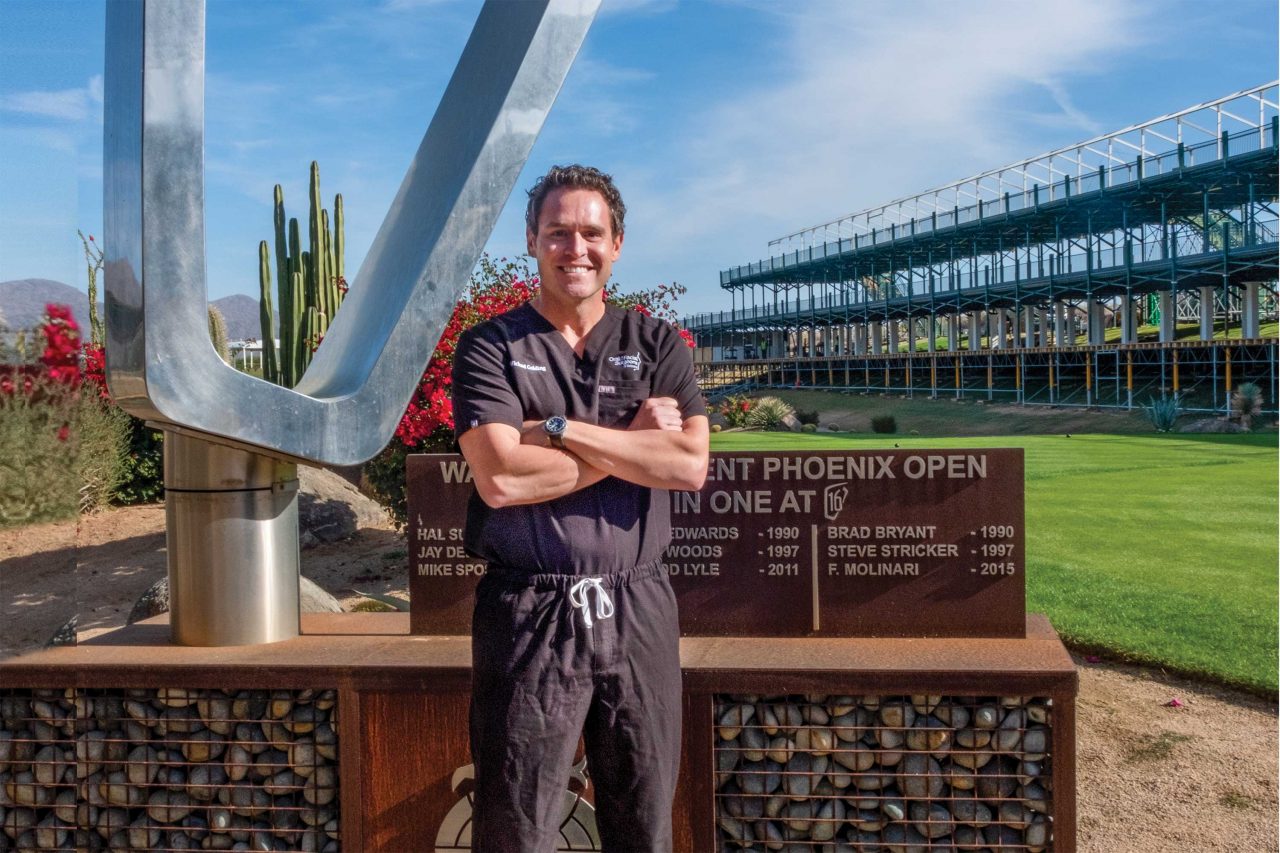 Michael Golding was a 30-something oral surgeon with a passing interest in golf when he first heard his wife, Laura, a Gilbert native and ASU grad, rave about Waste Management Phoenix Open.

“I would kind of laugh it off and tell her I had been to golf tournaments. I had been to The Masters,” says Golding, who grew up in Pittsburgh and went to dental school in Maryland. “I’m sure its great, but it’s no big deal.” Then, in 2012, he made his first trip to the TPC Scottsdale.

“I stepped food on the grounds and was just blown away.” Golding soon after joined the Thunderbirds, and now the 43-year-old healer, who co-leads the practice Oral and Facial Surgeons of Arizona, is the 2022 Tournament Chairman.

Here is our Q&A with the tournament head honcho.

What’s your top priority as chairman this year?

Getting this event back to what we all know and remember. That’s been my goal since the second the 2021 tournament ended: to get back and give back in a big way. Our internal mantra
has been, “Return to Rad.” That’s returning to all we know and love about this tournament.

One new event is the Concert in the Coliseum on the 16th hole the Saturday before the tournament. How did that come about?

We’ve always looked at that hole as something that was built and ready to go as a potential venue. There will be a stage in the round in the center of the fairway there with Thomas Rhett and Old Dominion appearing that night in front of 12,000 fans.

You were chairman of the Birds Nest in 2019. What was that like?

That was probably my favorite year until this year as Tournament Chairman. I’m a music guy, and I’ve always loved the Birds Nest. Our team and I worked really hard with the music lineup that year, and having Snoop Dogg on stage with The Chainsmokers was a highlight. We had three sellout shows that week, record-breaking crowds and raised almost $900,000.

Did you get to spend any time with Mr. Dogg?

To kind of solidify the contract with him, my wife and I spent a day on a yacht in Southern California with Snoop and his team. That was bucket list for me. His music was a part of my high school years.

The Phoenix Suns are at home the weekend of this year’s WMPO. As the team’s oral and maxillofacial surgeon, will you invite them out to watch the action?

They are all invited to come out every day and stay all day.