The Phoenix Open celebrates its 35th year at the Scottsdale TPC in 2022. Look for these historical landmarks and monuments accrued during the Open’s three-decade history at the TPC on your next visit.

PGA superstar Tiger Woods enjoyed a strong fan following during his four appearances at the Phoenix Open – that was proven literally when a group of them moved a large boulder blocking his ball on the 13th hole during the final round in 1999. A small plaque located in the desert area left of the cart path, midway down the fairway, now marks the infamous spot. 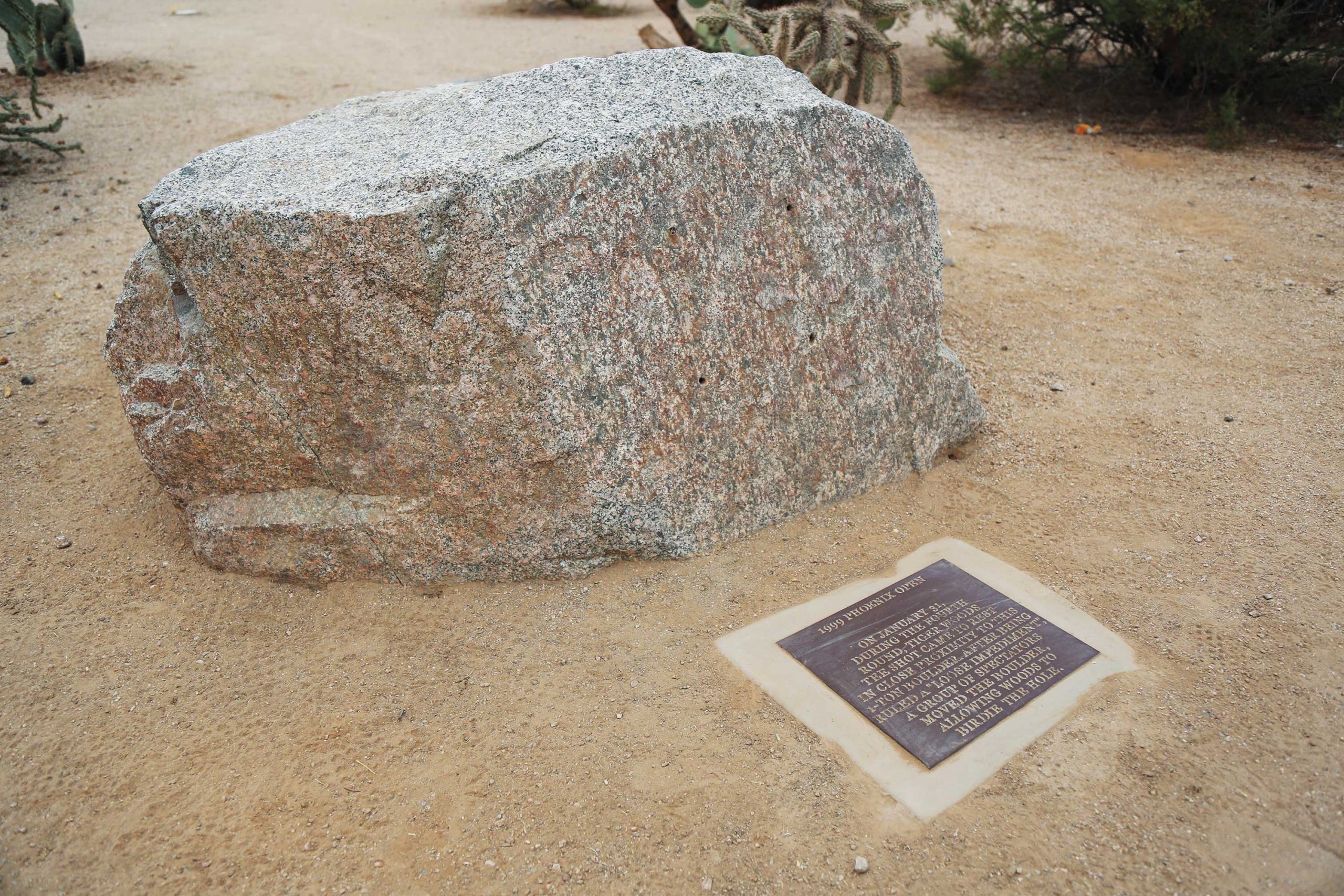 Magee carded the only ace on a par-4 in PGA Tour history on the 17th hole during the first round of the 2001 tournament. That historic feat is commemorated on a small plaque set in the ground toward the back right corner of the second-to-last tee box. 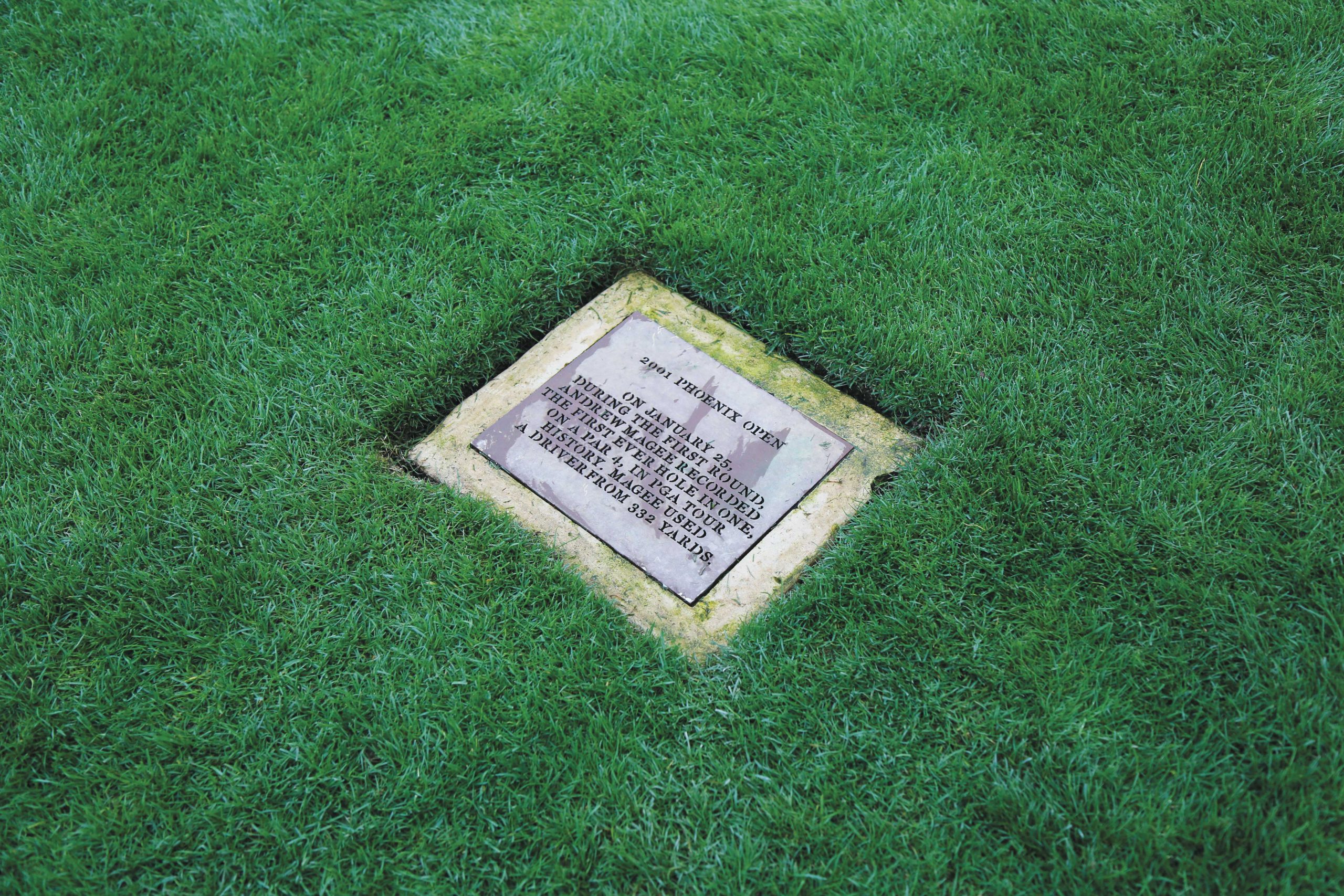 A plaque marking the resting spot of Holmes’ 354-yard drive on the first playoff hole in 2008, when he went on to defeat Phil Mickelson, was displayed for a number of years before being removed during the 2014 course renovation. Current whereabouts of the plaque are unknown. 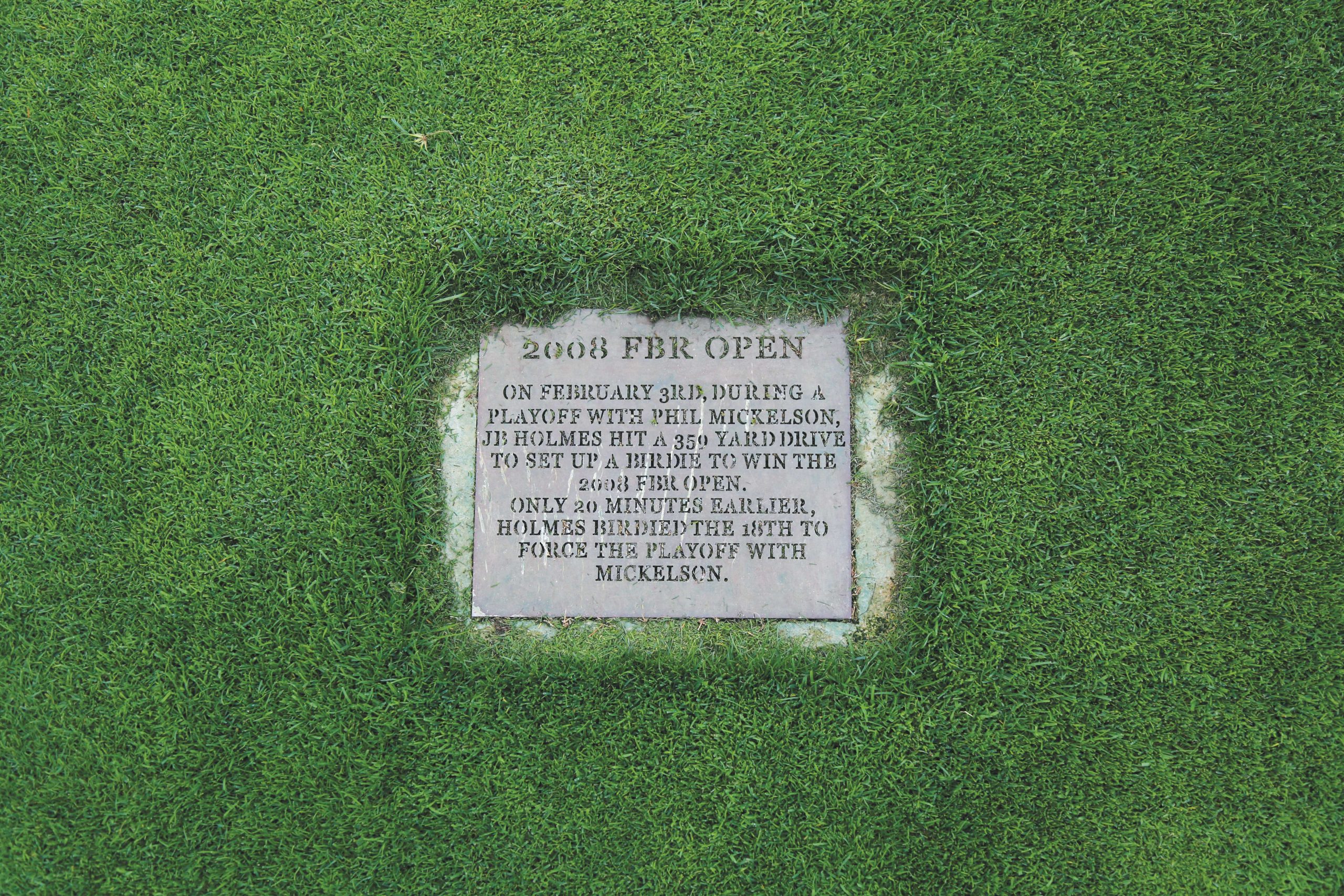 A semicircle of 10 plaques located below the TPC clubhouse lists all winners and their total scores from 1940 onward, plus a brief history of the tournament. 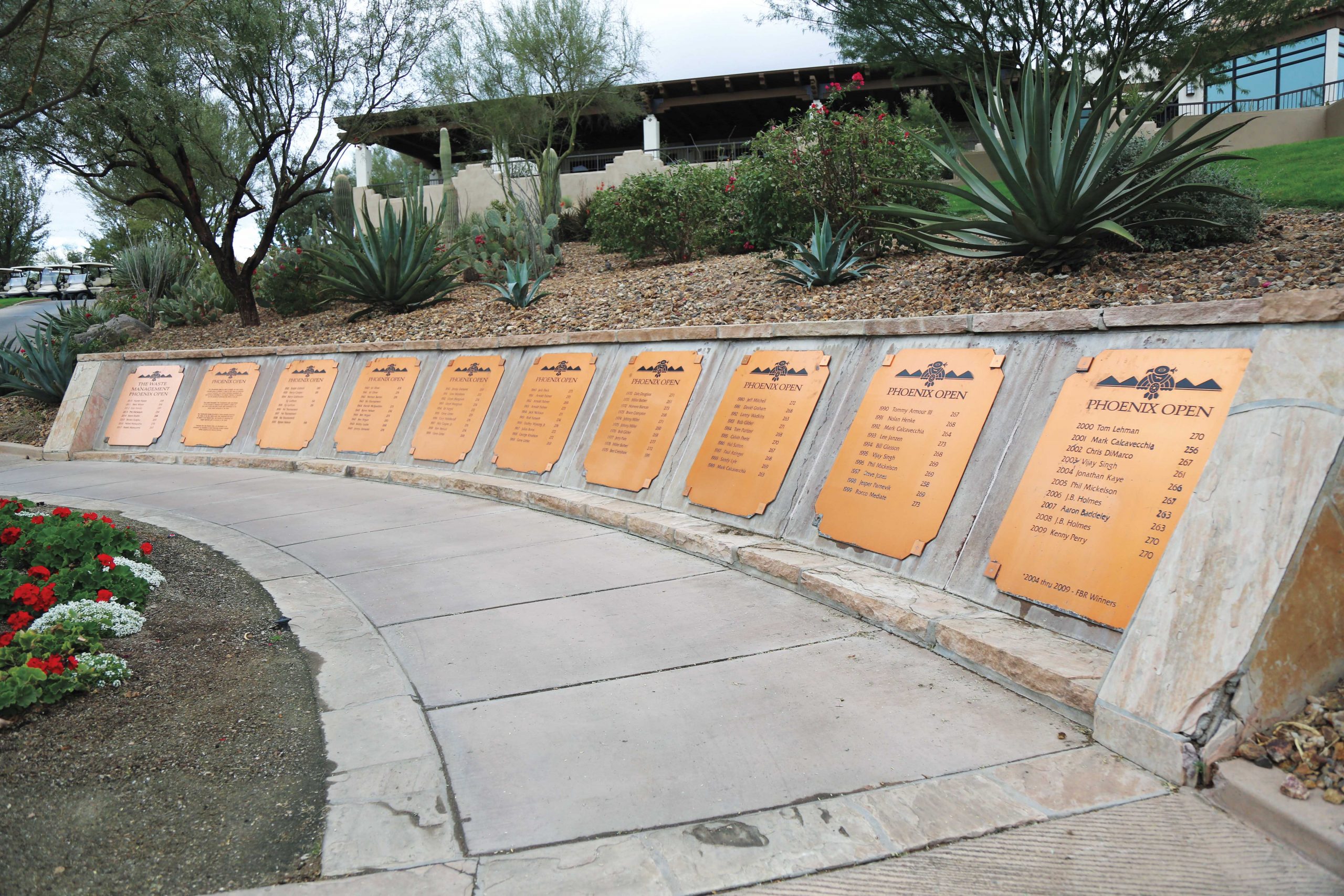 The late Thunderbird, considered the “Father of the Phoenix Open” for his role in supporting the tournament during its formative years, is honored with a small plaque at the base of a stone bridge connecting the cart path and green on the 15th hole. 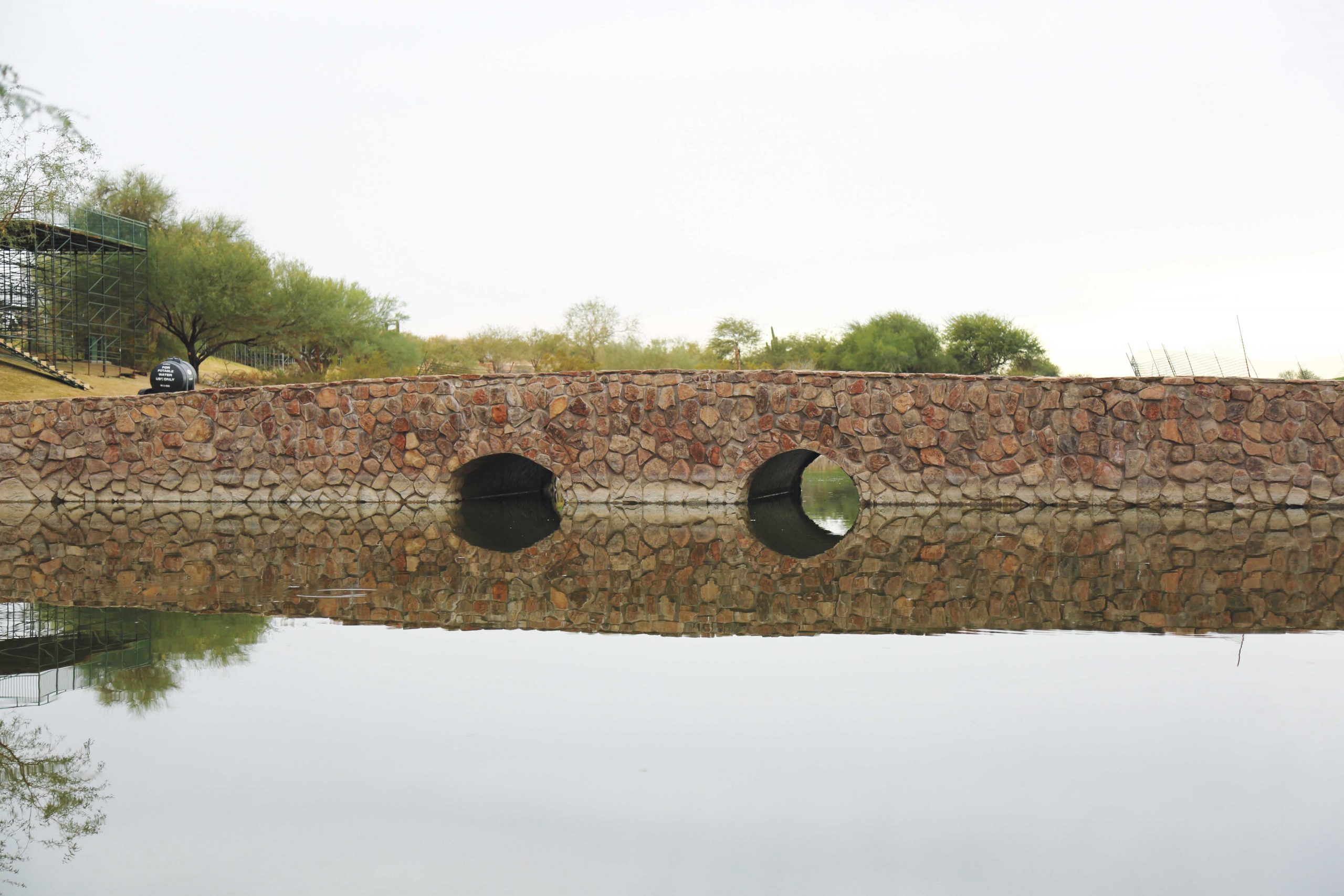 The TPC Scottsdale has 64 bunkers, but the smallest one might be the coolest. During a 2014 renovation, designer Tom Weiskopf added a tiny “coffin”-shaped bunker just short of the green on the par-5 13th hole. Why? Weiskopf says it has to do with Scotland.

What was the inspiration?
When I saw a “coffin” bunker on the Old Course in St Andrews, I thought it was pretty neat. I just wanted to slip something different in to the TPC Scottsdale.

How was it built?
I didn’t have a picture to show the staff, so I just laid down in a 5-foot deep hole we had excavated in front of the green. Someone then spray-painted an outline around me.

Was anyone against it?
There wasn’t any pushback at the time. There might be now, only because it hurts the average golfer more than the Tour player. Time will tell if it remains. 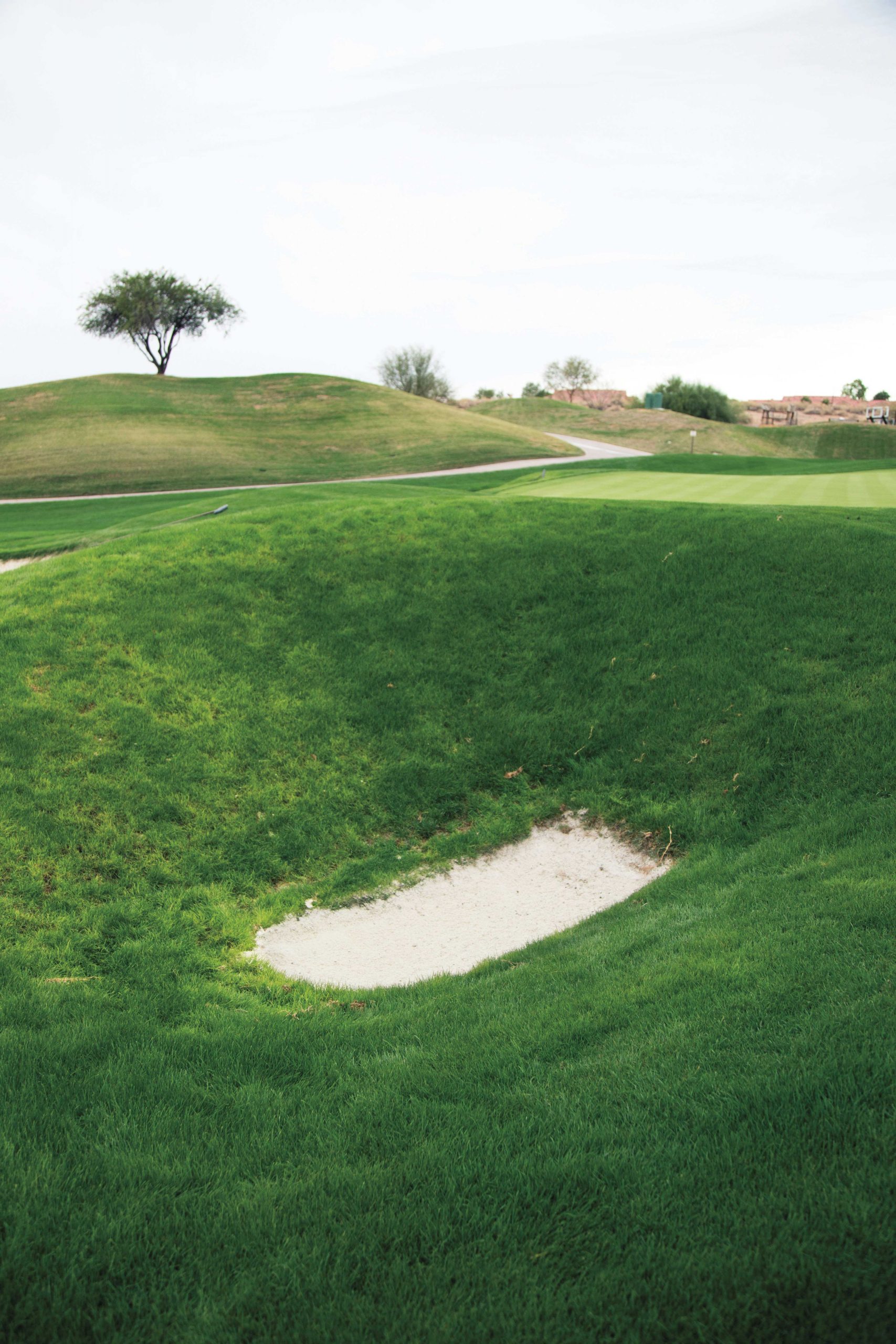