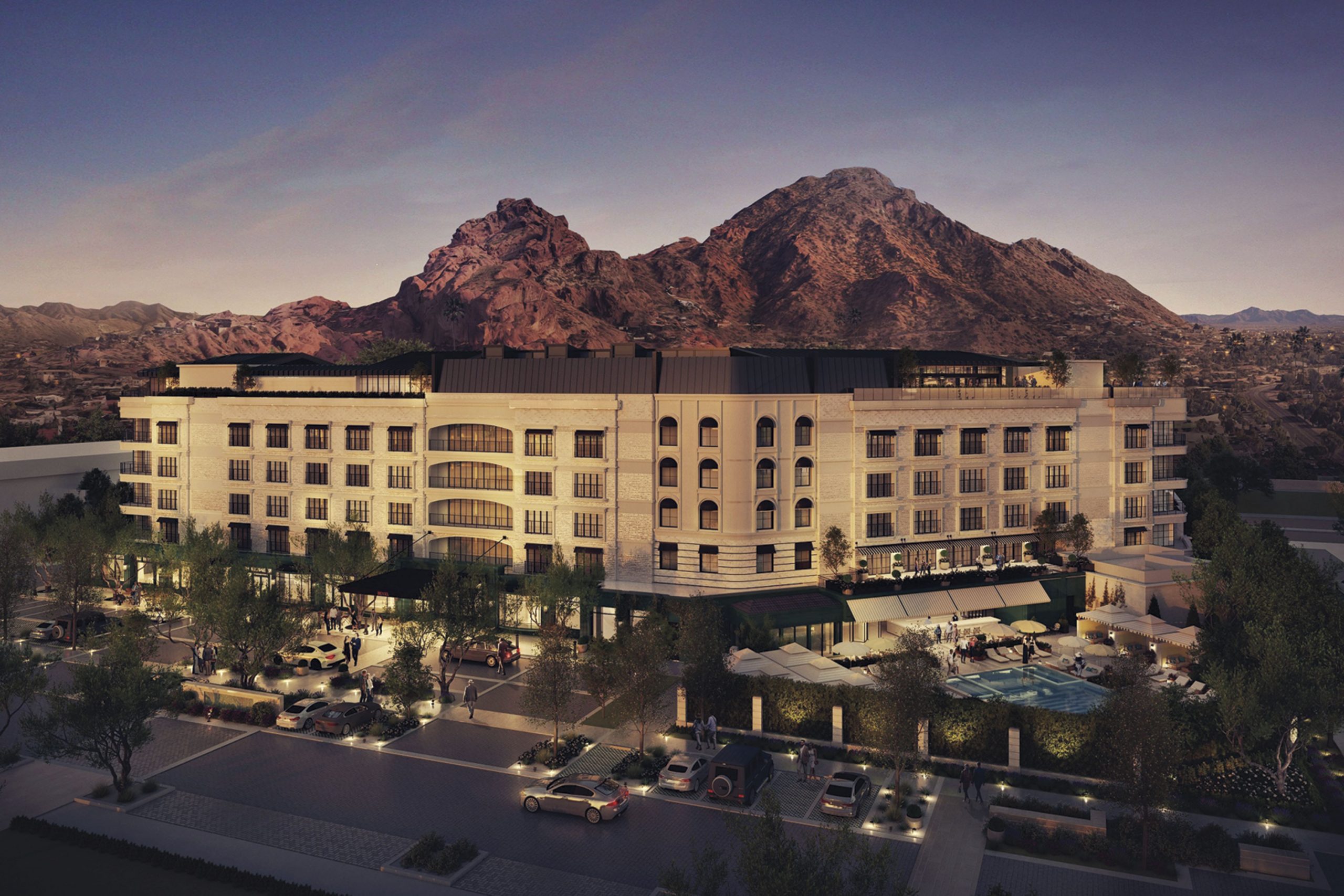 During his heyday as Arizona’s top dining mogul, Sam Fox was courted on numerous occasions by hospitality brands who wanted Fox Restaurant Concepts to open restaurants on their properties. He turned them all down, he says, because he feels when different parties control each facet of the guest’s stay, it becomes a disjointed experience.

“We had a lot of hotel developers reach out to us and ask us to participate in their food and beverage offerings, but I didn’t like how things were working in a silo,” says Fox, who ultimately sold his restaurant empire to The Cheesecake Factory for $353 million in 2019.

Now, thanks to a strategic partnership with the emerging Arcadia mega-development The Grove, Fox is finally doing a hotel – the whole hotel.

“I said that if I was ever going to get into the hotel restaurant business, I want to own the hotel,” he says.

Through his new Author and Edit Hospitality company, Fox contacted RED Development, the local real estate company behind Downtown’s CityScape, about his concept for a hotel called The Global Ambassador. RED was already developing The Grove, a 15-acre development on the corner of 44th Street and Camelback Road, and thought Fox’s concept would be a great addition. The development is finally taking shape, with state-of-the-art practice facilities for the Phoenix Suns and Phoenix Mercury recently completed.

Due to open in 2023, Fox’s 141-room hotel will feature a pool, wellness center and five restaurants, including a rooftop Mediterranean eatery overlooking Camelback Mountain. Though the remainder of The Grove will have different owners, Mike Ebert, a managing partner at RED Development, says local firm Nelson Partners designed a cohesive property that doesn’t block the neighborhood’s treasured views
of Camelback.

In addition to a Banner Health Center Plus facility, The Grove will house several real estate and wealth management firms and a large technology company, transforming Arcadia into the city’s newest tech and finance district. Ebert expects the property to be entirely leased when The Global Ambassador opens
its doors.

“There really hasn’t been anything [new] delivered in East Phoenix for a long time,” Ebert says. “I think the community is anxious for it.”