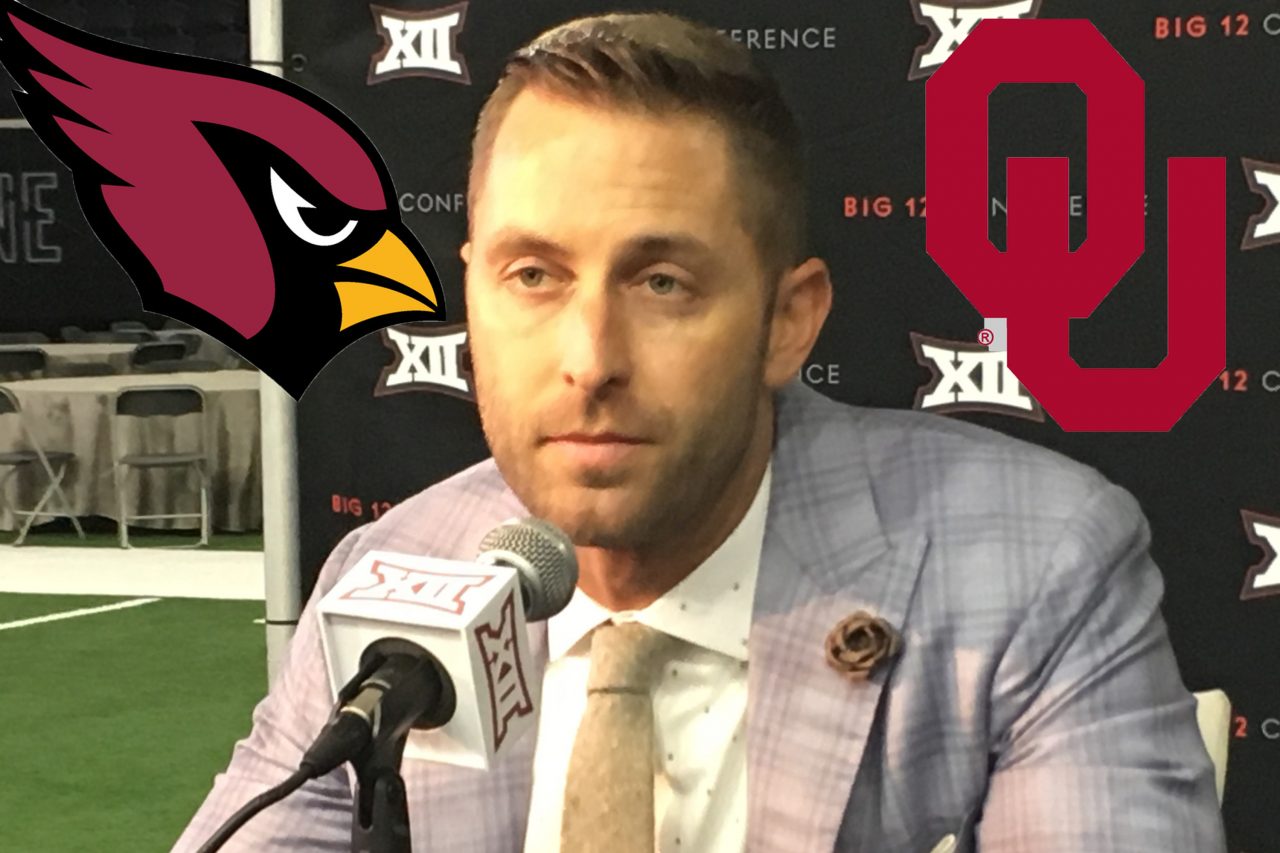 Nothing quite like a juicy bye week rumor to keep the Arizona Cardinals at the top of the news cycle, right?

Last Sunday, ESPN NFL reporter Adam Schefter sent out a tweet that indicated the University of Oklahoma football team was interested in Cardinals head coach Kliff Kingsbury to head up its program following the departure of Lincoln Riley to the University of Southern California.

Oklahoma has targeted Cardinals’ HC Kliff Kingsbury as one of the potential replacements for Lincoln Riley, league sources tell ESPN.

Kingsbury has one year remaining on his contract after this season.

Many dismissed it as a leverage play by Kingsbury’s agent to get a contract extension from Cardinals owner Michael Bidwill. Kingsbury has two years left on his deal (through 2023), including a team option for the fifth year. As Kent Somers of the Arizona Republic points out, the Cards head coach is probably due for a pay raise.

Kingsbury is likely 1 of the lowest paid coaches in the NFL. No surprise. And Cardinals will pay him very soon. Bidwill did that with Whisenhunt and Arians after their first big seasons.

How will he get that pay raise – and from whom?

Returning to college could make a lot of sense and a lot of money for the former Texas Tech head coach.

Sure, Kingsbury would have to leave the confines of his picturesque Paradise Valley mansion for the plains of Norman, Oklahoma if he took the job. But college programs are making it worth the while.

LSU ripped away Brian Kelly from Notre Dame with a nine-year, $95 million contract.

Lincoln Riley is headed to USC on a reported $110 million deal loaded with luxury perks and a private jet.

Lincoln Riley USC contract details (not confirmed; best I could do):
- $110 million
- USC buying both his homes in Norman for $500,000 over asking ($1 million bonus)
- Buying a $6 million home in LA for him
- Unlimited use of the private jet 24/7 for family#Sooners #Trojans

Oklahoma will soon join the Southeastern Conference to make more money, which in turn will mean a bigger payday for its next head coach. The Sooners are a perennial Top 5 program in the nation and attract elite recruits from across the country. Playing in the SEC will likely only enhance the program’s stature.

Plus, NFL head coaches seem to get all the blame when things go wrong (see: the Cardinals’ late season collapse in 2020) and very little accolades when it goes right (such as the 9-2 start this season). It’s usually the players – who make a lot more money than Kingsbury – that get the credit for wins.

Considering the job pressures of the NFL and the potential paycheck from an elite college program, it’s understandable why Kingsbury didn’t flat-out quash the rumors when asked about it on Monday.

Kliff Kingsbury did his best pivot when asked about Oklahoma HC rumors, but that still doesn't mean there's mutual interest.

The clip makes it clear Oklahoma is not a topic he’s interested in right now. He’s smart to leave all his options open because a big raise is coming either way.

Next up for the Cardinals: at Chicago this Sunday, with a 11 a.m. kickoff. Six games remain in the regular season with the Cardinals holding a half-game lead over Green Bay for the No. 1 seed in the NFC and a two-game division lead over Los Angeles in the NFC West.