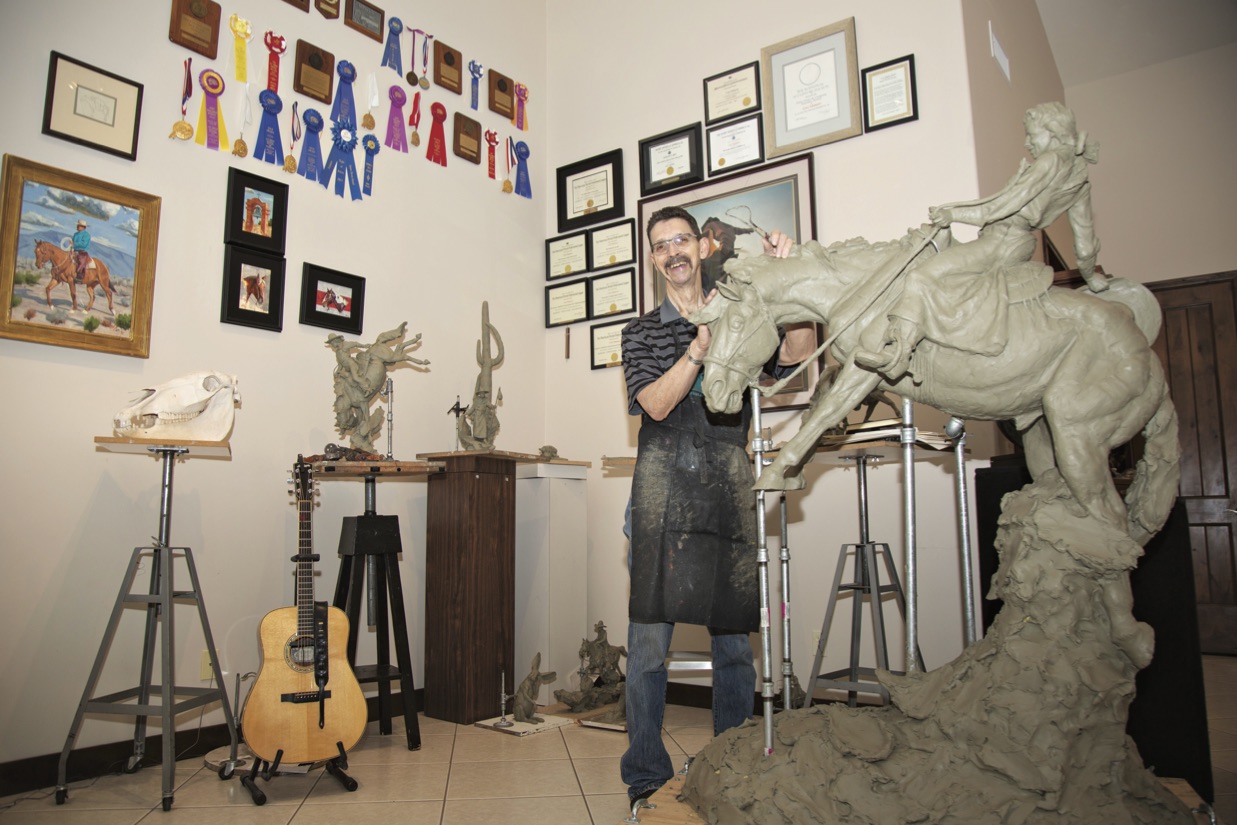 Curt Mattson knows horses better than the back of his clay-dusted hands. His distinctive sculptures of the animals are a testament to his childhood growing up on ranches along the West Coast. Mattson realized in his late 20s that life on the range would soon render him broke – or broken – and turned to art as another expression of his investment in the life of cowboys.

His clay sculptures dig beyond the flesh of stallions and thoroughbreds to tell long-lost stories of the West. Mattson, who now lives on a ranch in Cave Creek, says the cowboy legacy has been misconstrued in society. “I’ve lived this stuff. It’s all I know. And I want people to have a genuine experience through the art,” he says. “There’s so much more richness to it than what you know from movies.”

Much of the richness comes from his life experiences with horses. Mattson’s familiarity with equine expressions, body language and anatomy are critical in each of his sculptures, regardless of the size. Each time he sits in his studio with an idea in mind, he has to establish whether the story he wants to tell will make a good sculpture.

Mattson says everything he creates must adhere to three standards: It must glorify God, enrich people’s lives and educate the public about the stories behind his art.

“It’s remarkable when I talk to people and start telling them these stories. You can see the change, and how they get a clearer picture of what the West really is,” Mattson says. “You learn something. That’s the best part.”

Mattson’s work can be found at the Hidden in the Hills studio tour this November (sonoranartsleague.org) and at curtmattson.com.

Horse Skeleton
This Tombstone horse skull is more than decoration. Mattson uses it to hone his horse anatomy in sculptures.

Guitar
He plays worship and Western tunes to take a break from his art.

Cowboy Spurs
Mattson’s grandfather built saddles and spurs. The last set he made sits in the studio.

Piece in Progress
“She Knows No Fear” is in the center of Mattson’s workspace. He completes about four sculptures a year.

Notebook
His notebook is full of scripture, sketches and scribbles he writes down before they escape his mind.

Awards
Mattson’s wall of awards stretches from his latest in Arizona and New York to the first blue ribbon he won in California.