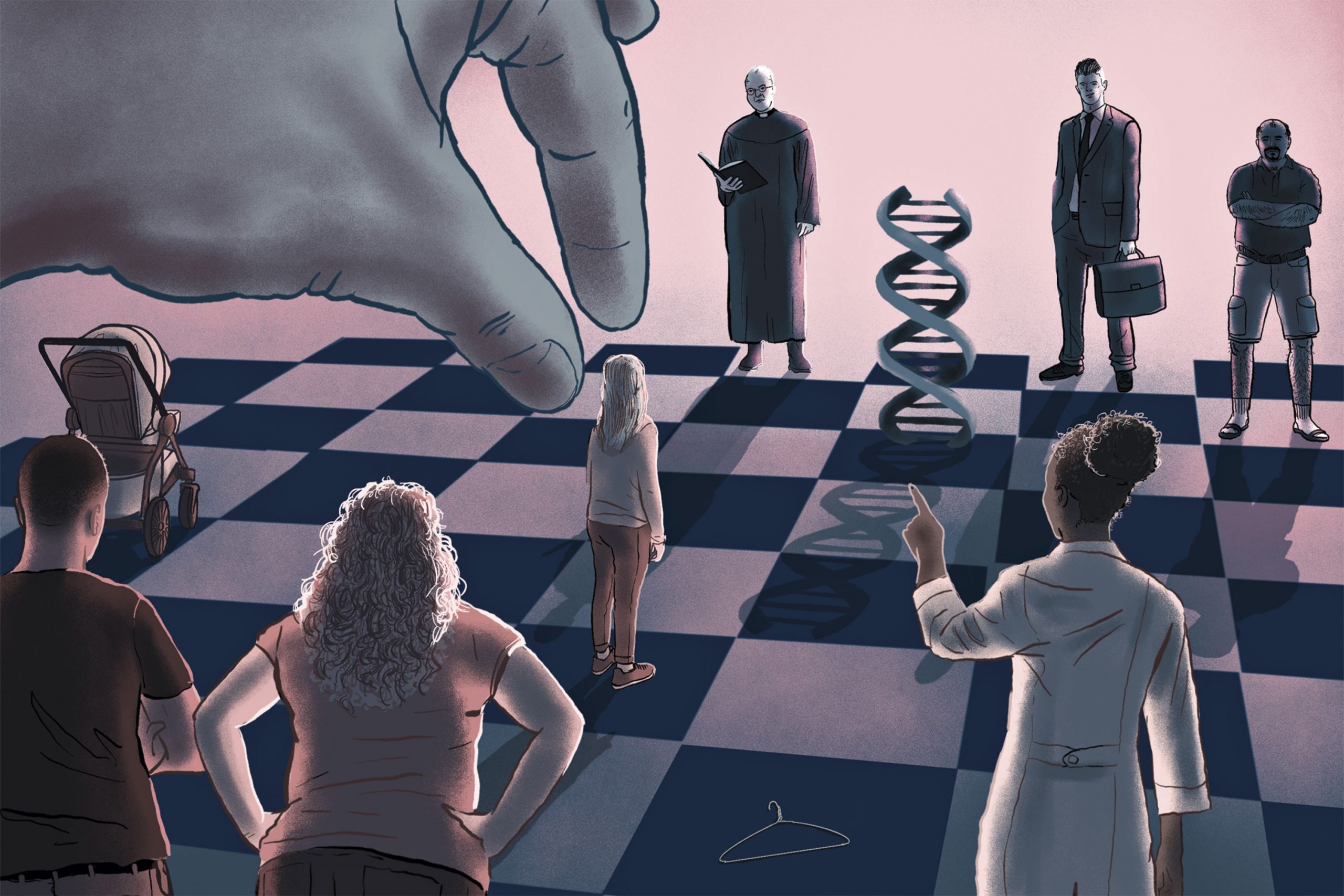 With its new abortion law, Arizona is exploiting people like Sophie under the pretext that it cares about defending their civil rights.

My daughter Sophie has Down syndrome, so you might expect that I’d be particularly interested in Arizona’s new law that, among other things, makes it illegal to abort a fetus with a “genetic abnormality.”

I’m interested, all right. And terrified that by next year, Arizona will be the next Texas.

Are you surprised by my position? Don’t be. It’s entirely possible to be 100 percent pro-choice and a mother who absolutely adores her child who happens to have Down syndrome, the world’s most common genetic abnormality – or, as I prefer to call it, genetic difference.

And while we’re blowing up misconceptions, don’t for a minute believe that the Arizona Legislature and Governor Doug Ducey give a hot damn about my daughter or anyone else with Down syndrome. They’ve made that clear again and again, including in the last legislative session.

During the same session that saw approval of a law that grants civil rights to embryos and fetuses, lawmakers struck down a pair of proposals that would have guaranteed eligibility for services to people with Down syndrome and offered them the right as adults to be protected and supported while making their own decisions about their lives.

Arizona has one of the best Medicaid programs for people with intellectual and developmental disabilities in the country, with a menu of services including therapies, housing, day programs, employment assistance and respite for families. But it can be impossible to access the program, particularly if you have Down syndrome, because Arizona law only guarantees services for people with autism, cerebral palsy and epilepsy

To have even the faintest chance of obtaining services, a person with Down syndrome will likely need parents with lawyers, money and enough chutzpah to stand up to a system that really doesn’t want to offer help. Even then, there are no guarantees. Take me out for cocktails sometime and I’ll tell you what it’s like to get your kid with Down syndrome qualified for services in Arizona. One mother I know was told, after repeatedly applying on behalf of her adult son, “Don’t worry, we’ll give him services after you die.”

In voting down the measure that would have allowed for “supported decision-making” on the part of adults with intellectual and developmental disabilities, Arizona missed a national wave. Twelve other states have passed similar laws. Too bad, because Sophie turned 18 this summer, and right now my two choices are to let her make all her decisions on her own or take guardianship of her, Britney Spears-style. I’m hoping both bills will be reintroduced and passed next session.

And yes, I realize how unlikely that is – mostly because people simply don’t want to think about it. Even if you’re interested in issues related to disability, it’s likely you never knew about those efforts, because it’s uncomfortable to talk about what really happens to people with disabilities once they are out in the world. We treat them like crap.

It’s not just Arizona, I do get that. But it’s worse here. For that reason, I think the new abortion law – SB 1457 – is the height of hypocrisy, with its implicit falsehood that this state cares about giving real live people with intellectual and developmental disabilities anything remotely resembling civil rights. Oversight and accountability are still nil. (Remember the Hacienda HeathCare debacle?) Pay for caregivers is still terrible. Sophie’s respite care provider could make more working at McDonald’s. A lot more.

The vast majority of members of the Arizona Legislature don’t care about any of that. Instead, they want to make abortion illegal, even though the National Abortion Rights Action League estimates that more than 75 percent of Arizonans are pro-choice.

Sophie is a pawn in a dangerous game.

As this column went to press, a U.S. District Court judge had struck down the provision in the law related to aborting a fetus with a genetic difference. Even if that sticks, I have every confidence the Arizona Legislature will be back with more bills to restrict women’s rights.

If we really wanted to change the narrative about “genetic abnormalities,” we’d do more to allow people like Sophie to be fully included and supported as members of our community. I almost never see anyone with Down syndrome out in the world, and it’s not because of abortion.

How many people with Down syndrome have you ever actually had a conversation with? That’s what I thought.