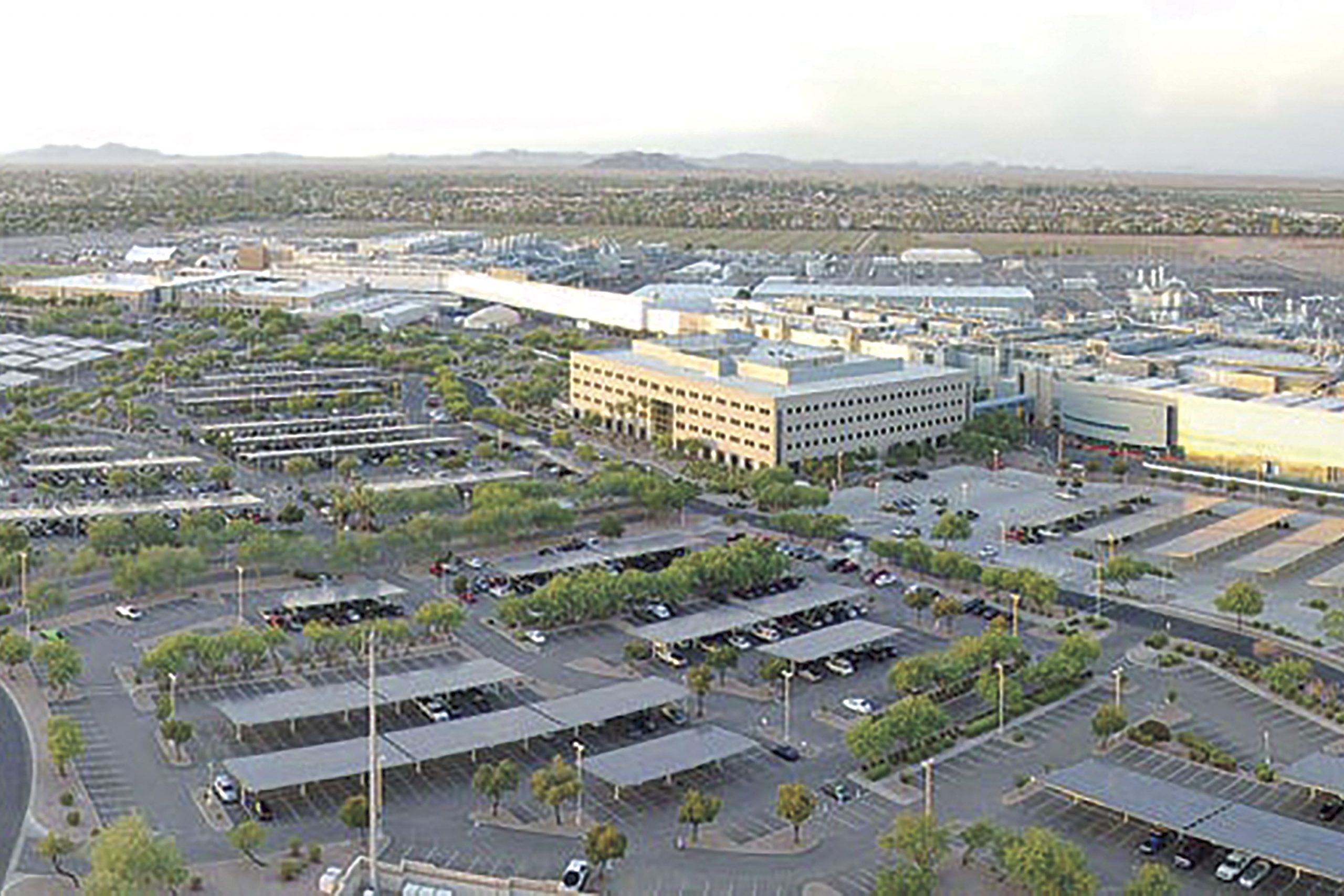 An influx of production facilities sets the stage for a manufacturing hub in the Valley – and beyond.

Arizona is known for its five Cs: cattle, climate, cotton, citrus and copper. Perhaps we should add a sixth: chips.

In March, Intel announced plans to build two new production plants for semiconductor chips, both at the company’s existing Ocotillo campus in Chandler. Governor Doug Ducey praised the $20 billion initiative, saying, “Today, when people think of semiconductor production, they think of Arizona, and that means tremendous things for our state, country and future generations of Arizonans.”

Other sectors are flourishing, too. In 2020, electronic vehicle maker Lucid Motors finished a 590-acre Casa Grande plant that can scale to 400,000 units per year. For years, the Arizona aerospace and transportation equipment sector has been a mid-10-figure business. Today, there are more than 4,000 manufacturing firms in Arizona. Until the pandemic, Arizona manufacturing jobs had increased monthly for more than three years.

Why has Arizona become such a manufacturing hotbed? The Greater Phoenix Economic Council report cites several reasons: favorable taxes, lax regulation, connections to Mexico and a network of supporting industries, like cybersecurity and data centers. Another reason traces back to the five Cs.

“The type of climate in the Southwest almost assures you 24-by-7-by-365 days of operation,” says John Felix, managing director at White Oak Global Advisors in San Francisco. Felix has advised area businesses and keeps close tabs on the region. “When is the last time they shut down production in the Southwest due to weather?”