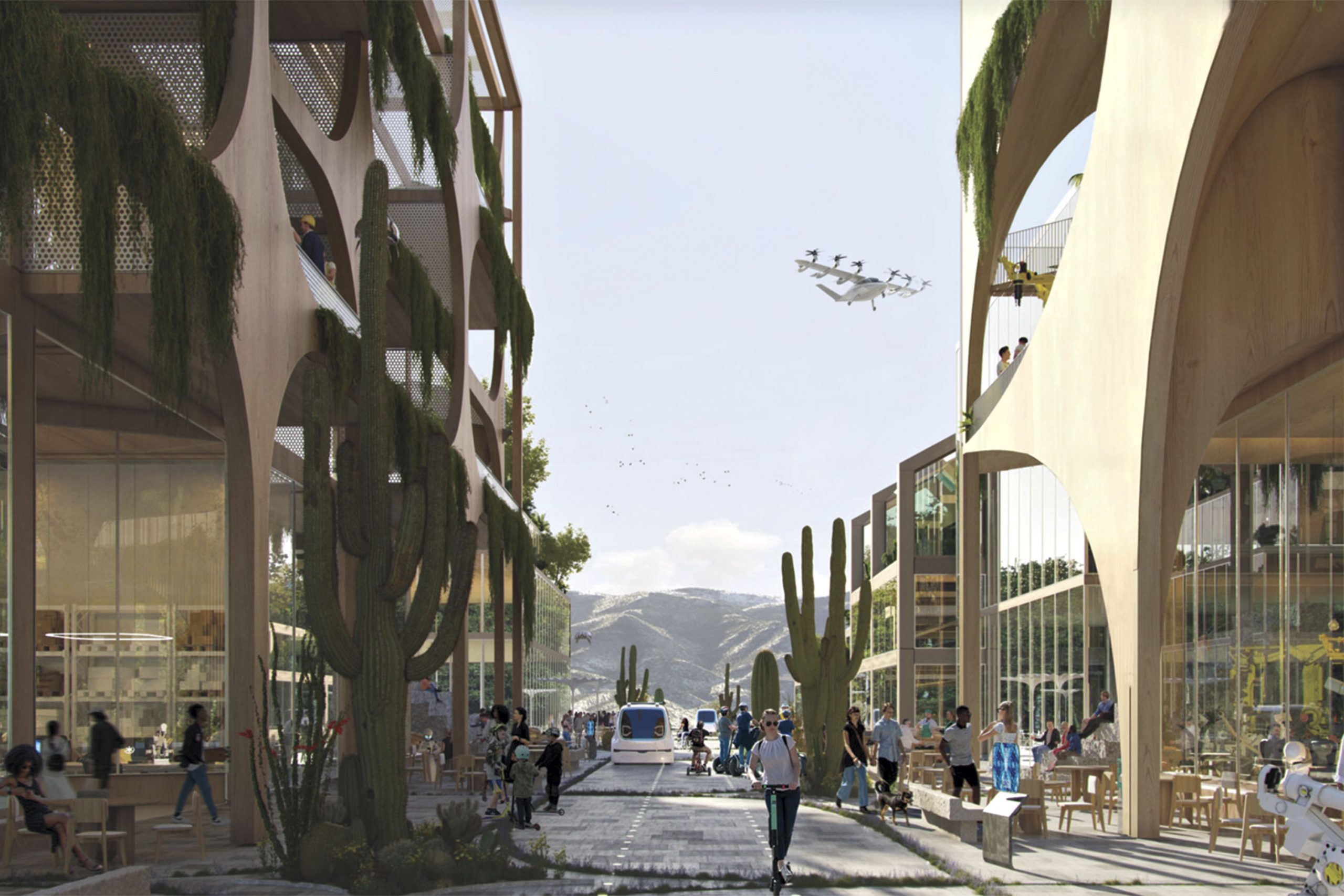 Arizona is on the short list for a sustainable, socially progressive metropolis envisioned by the former CEO of Walmart.

There’s something about Arizona that attracts audacious adventures in urban planning. First, architect Paolo Soleri conceived the experimental eco-town Arcosanti. Then Bill Gates’ money managers invested millions in Belmont, a hypothetical smart city on the Valley’s westernmost fringe. The latest metropolitan moonshot is Telosa, a proposed eco-friendly, equitable city large enough to accommodate 5 million people. “We are going to be the most open, the most fair, the most inclusive city in the world,” announced Marc Lore, former Walmart CEO and the visionary behind Telosa.

Lore and his co-planner, architect Bjarke Ingels, expect residents to move in by 2030, and they’re currently scouting several states for the ideal setting. Telosa’s website lists Arizona as a potential location, and a rendering of the city features saguaros, suggesting our state’s low-rent desert real estate may be a top contender site for this futuristic metropolis. In Lore and Ingels’ vision, Telosa will be free of fossil-fuel vehicles, with a green infrastructure that blends with the natural environment and permeable building materials to permit groundwater recharge. The land will be donated to a community endowment that will fund quality education, health programs, job training and more for all residents.

The concept is admirable, but is it actually sustainable to build a city from scratch? Not according to David King, assistant professor at Arizona State University’s School of Geographical Sciences and Urban Planning. “When we’re thinking about how to reduce carbon or improve social justice,” he says, “we’re much better off fixing our existing cities than we are building new ones.”

If the end goal is to fix the energy-sucking, greenhouse-gas-emitting, socially inequitable condition of modern cities, King would rather see an expansion of grassroots social and environmental organizing, plus more properties like Culdesac Tempe, an upcoming multi-use residence that aims to normalize car-free living. “That’s a bottom-up rather than a top-down approach,” he says. “In my view, that’d be healthier in the long run and less likely to be a bust.”