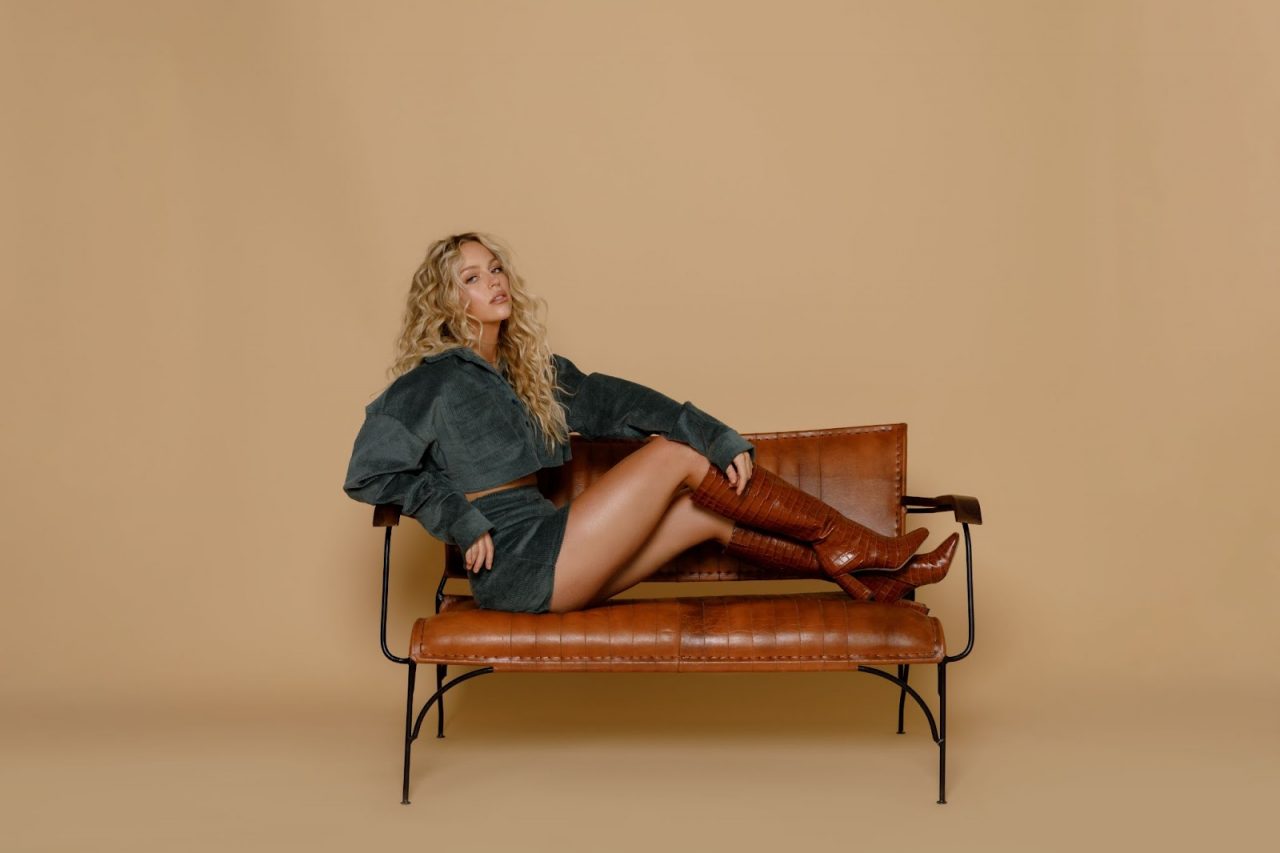 Nashville-based singer-songwriter Dani Taylor doesn’t care what you think of her. That unapologetic authenticity has garnered her recent release “Table for One, Drinking for Two” more than 1 million streams on Spotify and nearly 40,000 followers across her social media platforms. She attributes this to the confessional nature of her upbeat country songs and genuine disposition. We caught up with the Phoenix native to chat about her new music, being yourself, finding yourself and the power of TikTok.

You were born and raised in Phoenix, but you now call Nashville home.
I moved to Nashville four years ago, but I basically say three years because I was in Arizona pretty much all of last year. I lived with my parents on their ranch. Honestly, it was a great time, living on a ranch instead of an apartment.

Did you experience any “culture shock” when you moved to Nashville?
One of the first things I noticed was that I opened up a door and there was a man behind me and I was like, “Walk on through!” and he was like, “No, I’m supposed to hold the door open for you,” and I was really confused because we don’t do that in Arizona. Arizona is the Wild West. We kind of keep to ourselves and we don’t have Southern hospitality. We’re more prickly. We are kind of like cacti out there. I was definitely raised to do everything on my own. I think a lot of Arizonans are very independent. I think it’s because of that Wild West mentality. In the South, everyone’s family, everyone knows each other, people open doors for you and complete strangers will do things for you.

As far as your music goes, you seem to be a natural-born storyteller. Country music is a great outlet for that. What do you love most about expressing yourself through music?
I’ve always loved storytelling. When I was in eighth grade, I had a journal that I would pass around to my friends, and they would read it during their free periods. I just really enjoyed getting their feedback. I love that other people can relate to what I have to say and seeing how they react to it. There are thousands of people using my sound on TikTok and seeing them react to my songs and basically living out my songs is pretty amazing. It’s just really cool to see that the stories I tell resonate with others and make them feel seen.

Your new single “Strangers Again” debuted in August. Tell me about the story behind that song.
I got the idea from a TikTok. A girl took a video of herself looking sad and it said across the screen “All that just to be strangers again.” At the time, I had just broken up with a “situationship” and it really struck a chord with me. I was like, “This is a song.” I’ve actually gotten a few ideas from TikTok that I’ve turned into really amazing songs.

Your other most recent release, “Table for One, Drinking for Two,” has more than 1 million streams on Spotify and was added to its coveted New Boots playlist. It’s a strong, independent girl anthem. What do you think it was about that song that resonated with so many?
I try to be as positive as possible in my music and try not to offend others because the whole Miranda Lambert and Carrie Underwood early-2000s era is over and it’s been done for a while. There’s been a huge shift psychologically when it comes to music. You see it with the eras of music that we’ve gone through. During 2007 and 2008, those were really happy years. I remember them. Even though there was the [financial] crash, people were partying. It’s very interesting to see what’s happening in the world and how it affects music because in the last year and a half, we have been in a sad, sad music lull. I do see the shift happening now. People are wanting more happy, upbeat music but everything’s uncertain. I feel like people resonate with it because it’s not bashing the other person. It’s realizing that you can find the strength in yourself and you can make your own love story. You don’t need somebody to be happy.

That’s such an important message, especially for young girls who go through their first breakup and think it’s the end of the world.
I wasn’t allowed to date at all. I didn’t get to date until my early 20s. I watched my cousins who were allowed to date when they were younger. I’m happy I didn’t date because I was able to focus on me and really build a foundation of who I was. I didn’t have to rely on a man or a boy to know who I was. It’s just natural for girls to want to create a home with somebody and make that person their life. I just think it’s really important to remind girls and other people that you should be able to be happy by yourself and you don’t need another person to be happy. I think that’s a really important message. So many people – I’ve done it too, that’s the whole reason I wrote the song, to remind myself – put their happiness beneath somebody else’s. You should not have to do that at all.

You’re very active on Instagram and TikTok. What do you love about engaging with your fans on social media?
Just seeing their reactions to my music, them using my sounds and saying, “I found you, I saw you, I heard you on the radio.” Seeing messages like that makes me happy and makes me want to keep making music and relating to more people.

Since your debut as an artist, what would you say has been your proudest moment so far?
My first radio interview with Opry Radio was huge. They played my song as well. That was really an honor and really cool to have your first radio song get played on Opry Radio.

What about your biggest challenge so far? How have you learned to overcome it?
I’m currently in it right now, honestly. Just trying to figure out where to go next and trying to stay true to who I am but also realizing that as humans, we’re constantly changing and maybe you don’t know yourself as well as you think you did. Music is a very hard industry to navigate as an independent artist. I don’t have all the tools and money to get played on the radio, so I kind of have to get creative with it and it is frustrating. It is a challenge but also trying to produce enough music and having to do all your own social media… it’s a one-woman show. It’s rough. That’s definitely the hardest part of it all.

What’s next?
I’m currently writing for my next project. Hoping to put out a song by February. Just currently trying to figure that out and also working with different producers to figure out the right sound and where to go next. I’m just kind of rediscovering myself. 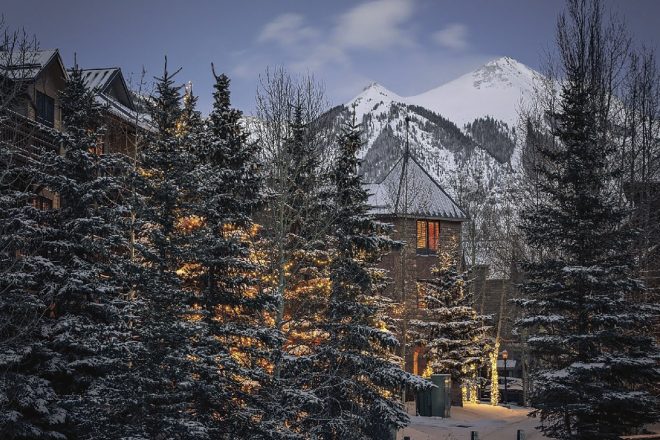 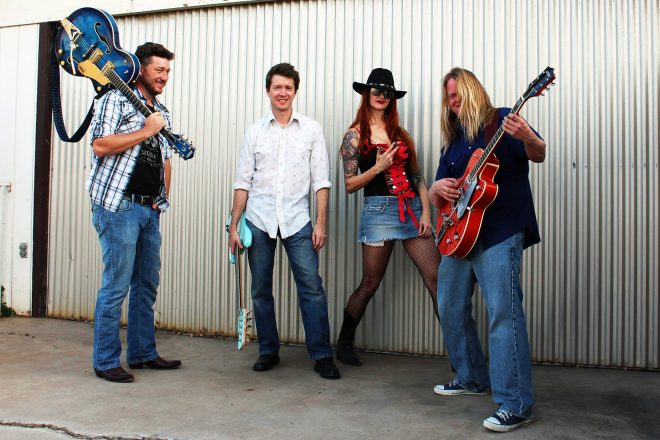