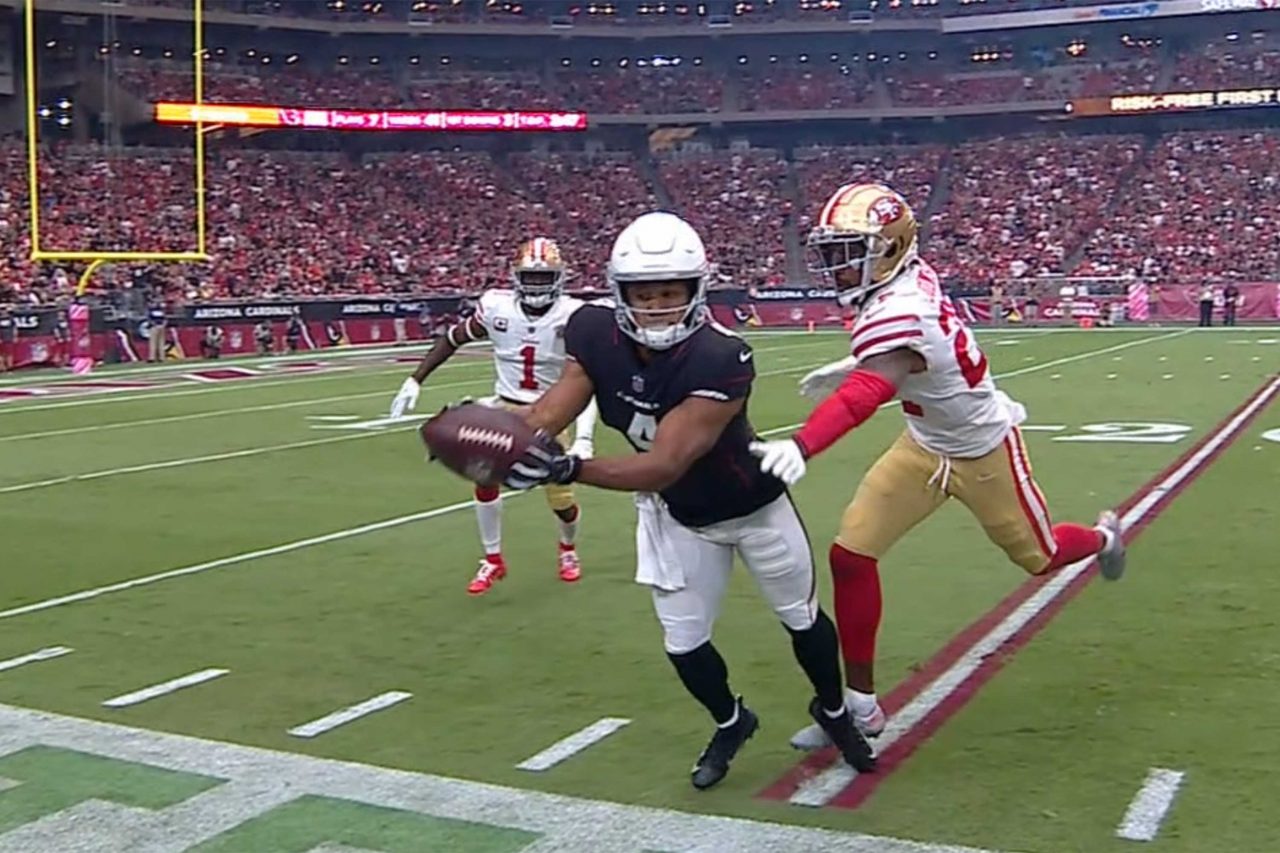 I really got into the Disney+ animated series “What If” the past couple of months. The show ponders what would happen in the Marvel universe if its superheroes took a different course of action. Of course the stories are dramatically changed, our favorite villains become heroes and our favorite heroes are completely altered.

The “What If” scenario enters my mind when thinking about the Arizona Cardinals 17-10 win over the San Francisco 49ers on Sunday in Glendale.

What if 49ers head coach Mike Shanahan had opted to kick field goals or punt on the fourth downs that his team failed to make?

San Fran was 1 for 5 on 4th down attempts — clearly the game altering stat that will be discussed and debated this week.

Give the Arizona Cardinals defense a lot of credit. Vance Joseph’s unit has shown up for (nearly) every game this season and is the main reason why this team is 5-0, the only undefeated team in the NFL. I’d argue the defense wasn’t good against the Vikings, but a win is a win and we make no apologies for winning.

The Cardinals defense immediately forced 49ers rookie quarterback Trey Lance into an interception on the first series of the game. Budda Baker picked off a missle of a throw from Lance which set up the Cardinals first scoring drive of the game. Running back James Conner (don’t call him John) scored on a one yard run to make it 7-0 Arizona.

Beyond that, the game was a slog.

Cardinals kicker Matt Prater added a 21-yard field goal in the 2nd quarter and the Cardinals led 10-0 at halftime.

The Cardinals offense struggled all game, with sloppy play by quarterback Kyler Murray (239 yards, 1 TD) and a lack of a running game (only 94 yards rushing). This was the first time this season the Cardinals have failed to score at least 30 points in a game.

Thankfully, the defense was ready to pick up the slack. Defensive lineman J.J. Watt had good pressure on Lance all game long. Teammate Zach Allen had a sack and two tackles for loss. And the aforementioned stops on fourth down made for a glowing performance by one of the more underappreciated defensive groups in the NFL.

Aside from the defense and the avoidance of the first L of the season, this was kind of a letdown game for the Arizona Cardinals. Coming off the dominant win over the L.A. Rams last week, this was bound to happen. Thankfully for the Red Sea, the 49ers came into this game with numerous injuries to starters on both sides and a backup rookie quarterback.

It has to make Cardinals fans ponder the question: What If?