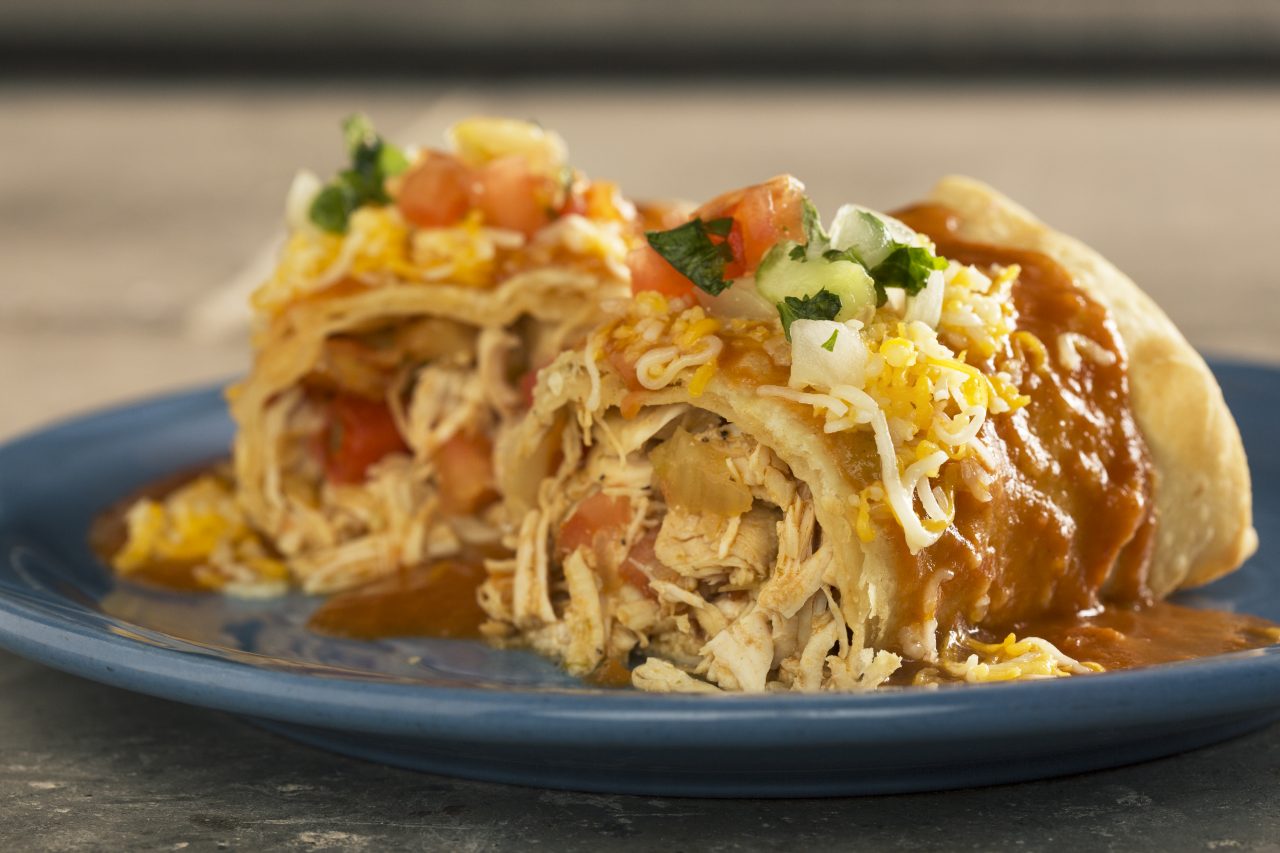 La Chimichanga Más Grande del Mundo: Valley institution Macayo’s Mexican Food is gunning for world domination. This Saturday, September 25, at 10 a.m., Macayo’s team members at the Ahwatukee location will attempt to set a Guinness World Record for the longest chimichanga on the planet. “We’re extremely proud to be the original developer of the world’s first chimichanga* – and to have it become our signature dish. In fact, since it was first created, we’ve proudly served 5 million chimichangas,” says Nava Singam, owner of Kind Hospitality, which owns and operates Macayo’s. “During our 75th anniversary, which in part celebrates this delicious creation, we intend to make yet another historical event by attempting to earn the Guinness World Records title for the longest chimichanga.” Macayo’s devotees are invited to attend and cheer on the team as they use flour tortillas, shredded chicken, refried beans, spices, sauce and cheese to construct a chimichanga that is 3,750 percent longer (!!!) than the Macayo’s original. *Tucson’s El Charro Café, the oldest Mexican restaurant in the Old Pueblo, claims the chimichanga was created in its kitchen by its matriarch, Monica Flin. The rivalry rages on, and we diners truly get to reap the benefits: delicious chimichangas at both Arizona icons.

In a Real Pickle(ball): Pickleball is here to stay, it seems. The vaguely familiar sport with the funny name has swept the nation over the past several years. We recently blogged about where to play it in the Valley. By late 2022, that list will have another entry: Electric Pickle, a pickleball-themed entertainment complex from Rockets & Pineapples (a subsidiary of Eureka Restaurant Group). The Tempe location of the California company will be located between South Jewel Street and South Emerald Drive just south of Main Event. In addition to nine pickleball courts, a great lawn, cornhole and bocce ball courts, it will feature a two-story restaurant with a spacious patio and rooftop bar. The eatery will offer an eclectic mix of cuisines: Korean protein bowls, Mexico City-inspired tacos, Neapolitan pizzas and Americana-inspired burgers and sandwiches. Craft and pre-batched cocktails will change seasonally, while California wines will hold court with craft beers from the U.S. and Mexico.

Brunch Dispatch: Even entertainment venues are getting in on the brunch game. Scottsdale’s Mavrix, which boasts bowling, arcade games and laser tag, this week debuted a new brunch menu. Served on Saturdays and Sundays from 10 a.m. to 2 p.m., brunch options include breakfast pizza, chilaquiles, French toast, a pork belly torta and birria tacos. On the boozy side, seasonal cocktails include a Man Mosa (bourbon, wheat ale, peach schnapps, orange juice and Champagne) and The Basic (iced hard pumpkin spice latte with vanilla vodka, whipped cream, caramel and cinnamon). Regular mimosas are half off during brunch hours and diners also receive a $10 game card with the purchase of a brunch entrée or Full Belly Bloody Mary.

The Pepperoni Anniversary: Garlic-knot heaven NYPD Pizza is celebrating 25 years in the Valley this weekend with a host of daily specials and a fundraiser. On September 25-26, the restaurant will run a social media contest encouraging guests to share their favorite NYPD Pizza experience or memory via a video or post for the chance to win $25 gift cards (see NYPD Pizza social media and website for details). On September 27, the local chain’s eight locations will offer two 14-inch pizzas for $25 and donate proceeds to Arizona Helping Hands, which supports children in foster care.

Think Pink: Speaking of sweet fundraisers, bop over to Z’Tejas throughout the month of October to support its Breast Cancer Awareness Month Fundraiser. The Drink Pink for The Singletons campaign will let guests purchase pink ribbons for $10 at both Z’Tejas locations (Scottsdale and Chandler). With each purchase, guests will receive a gratis pink drink: watermelon-strawberry margarita or strawberry lemonade, with a portion of proceeds benefiting The Singletons, a Valley nonprofit that helps single-parent families dealing with cancer.

Flirting with Fall: It’s still 100 degrees outside as I type this, but technically autumn starts this week. To get us in the mood, Picazzo’s Healthy Italian Kitchen has launched two new fall dishes: pumpkin hummus and Moroccan chicken (or vegan Chick’n, if you’re nasty*). “Fall is my favorite time of year,” says Picazzo’s operations manager/partner/my seasonal soul mate Chris Disney. “For the Moroccan chicken, I developed a special spice blend that gives the dish a deep, rich and complex flavor – perfect for the cooler fall months. And for the pumpkin hummus, I kept the fall flavors very light and fresh, so it’s the perfect match for dipping seasonal vegetables and our popular flatbread, which guests often can’t believe is both vegan and gluten-free.” The man is not lying – I am a flour and butter enthusiast, yet I am powerless to resist that flatbread. Catch these seasonal specials at all Picazzo’s locations. *Not an insult, young ones, but a Janet Jackson ref.

$aving$: Watching the old budget? Who isn’t? I’m going to start corralling sweet deals at the bottom of these roundups to help you $ave.