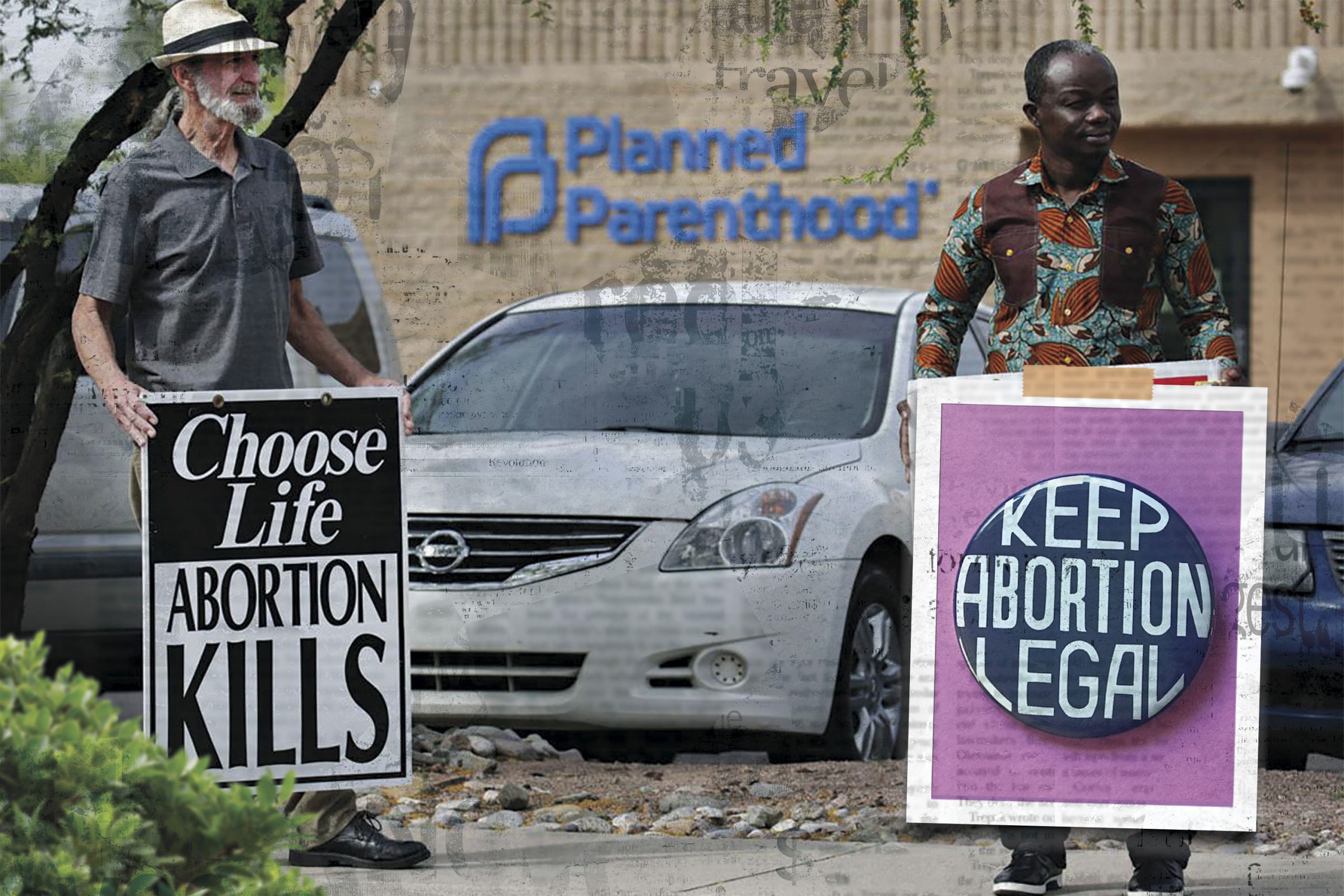 If a contentious law is upheld, certain abortions could land Arizona physicians in jail. But do its authors have something bigger in mind?

Kristin Williams was staunchly against the idea of having an abortion.

That was her mindset in November 2019, when – after her IUD (intrauterine birth control device) failed and her husband was denied a vasectomy – the Phoenix mother of three became pregnant with her fourth child.

“Abortion was never an option for us. We were married. We already had kids. We were going to figure it out,” she says. “We decided to keep the pregnancy. We picked out names and nursery themes… While it was unintended, it was a wanted pregnancy.”

A non-invasive prenatal test came back positive for trisomy 13, a rare genetic disorder that causes significant intellectual and physical disabilities. Most infants diagnosed with this condition don’t live past their first week of life. “Not only was I sad because my pregnancy was not going to survive outside the womb, but I was scared for my health and for the trauma of my children,” she recalls.

She made the decision to terminate the pregnancy.

But now, a new Arizona law that bans abortions based on a genetic abnormality or disability diagnosis may hinder women like Williams from having that option. Senate Bill 1457 was signed by Governor Doug Ducey in April after it passed the Legislature along a party-line vote. Unless it’s blocked by a judge before September 29, it will take effect in October.

The law instructs prosecutors to penalize doctors who provide abortions based on fetal anomalies. The physician performing the abortion could face a class 6 felony and lose their medical license, while medical professionals who fail to report the abortion could be fined up to $10,000.

A “personhood provision” is also part of the legislation, granting all fetuses, embryos and fertilized eggs the same civil rights as children outside the womb. Proponents of the law frame it as a victory against prejudice. “We do not discriminate against people with disabilities, nor should we discriminate against them in the womb,” says Cathi Herrod, president of statewide pro-life organization Center for Arizona Policy.

Naturally, opponents of the law have a laundry list of critiques, some familiar, some less so. Enforceability is an issue. After all, how would a prosecutor be able to prove that a given abortion was performed solely because of a fetal anomaly, and not some other reason?

Some background: Most obstetricians offer tests that determine the risk for fetal chromosomal abnormalities such as trisomy 13, trisomy 8 or trisomy 21 (Down syndrome). Though OB-GYNs can prescribe the “abortion pill” (mifepristone), it’s only effective within 10 weeks of a woman’s last menstrual cycle. Meanwhile, genetic screening for abnormalities can be done no earlier than 10 weeks. The sampling of amniotic fluid (amniocentesis) – considered the most reliable test for genetic conditions – is done at 15 weeks at the earliest, leaving surgical abortion as the only option after a potential disability diagnosis.

Rank-and-file OB-GYNs do not generally perform surgical abortions. They instead refer patients to abortion clinics, meaning there’s a built-in deniability buffer for all parties involved.

A Phoenix obstetrician who spoke on the condition of anonymity says that – even if she were reluctant to direct a patient to an abortion clinic – regulating such referrals would be difficult. “If a patient wants an abortion, she’s not going to then ‘tattle’ on me for giving her the clinic information,” she says. “The abortion doctor will not want to, either, since she’s the one that would actually get in the most trouble for performing the abortion. This is just going to keep the process a bit more secret.”

Opponents of SB 1457 contend that it will create division between patients and providers and could cause pregnant individuals to seek out unregulated abortion services. Because fetal genetic testing is a routine part of prenatal care, SB 1457 would upend standard medical practices and interfere with a patient’s ability to speak openly about test results and health care options with their physician, says Ruth Harlow, senior staff attorney at the American Civil Liberties Union’s Reproductive Freedom Project.

On August 17, the Center for Reproductive Rights and the American Civil Liberties Union filed a lawsuit challenging the abortion restrictions outlined in SB 1457, requesting that the U.S. District Court for Arizona block the bill before it is slated to take effect on September 29. “This bill is part of a larger strategy to stigmatize abortion care and push it out of reach in Arizona,” Harlow says.

If the court strikes it down, SB 1457 could be appealed and sent to a higher court – a move that many believe is the law’s ultimate motive. Earlier this year, a federal appeals court upheld a similar ban in Ohio, but blocked such a ban in Missouri. “The case will proceed with the district court to determine whether the law should be permanently struck down, unless the parties that receive an unfavorable ruling appeal the district court decision on temporary relief to the Ninth Circuit Court of Appeal,” Harlow says.

But even if the law doesn’t make it to the U.S. Supreme Court, where activists have long sought to overturn Roe v. Wade, conservative Arizona lawmakers say it moves the chain forward for disability rights.

Nancy Barto, a Republican member of the House of Representatives and primary sponsor of SB 1457, maintains that “every life is precious and everyone deserves a chance to live out their life, regardless of the value placed on them by someone else.”

Her colleague, Jennifer Longdon, a Democratic member of the Arizona House of Representatives who is disabled herself, disagrees that the law uplifts marginalized Arizonans. Quite the opposite, she maintains. Longdon believes it shines a stark spotlight on the state’s lack of support when it comes to the care of individuals with disabilities.

“I would like to ensure that families have a full range of options available to them, and if they choose to continue that particular pregnancy, that we ensure they have access to the appropriate services to support them and their child for the life of that child,” says Longdon, who was paralyzed in a random shooting in 2004.

“If you’re going to value a life once it’s outside the womb and breathing, then you need to make sure that we are allowing these individuals to live with as much autonomy and dignity and well-being as possible. Rather than regulating what’s happening in the womb, we need to talk about what happens after.”

From a high of 37 clinics in 1982 to four today, the number of abortion clinics in Arizona has declined over the decades, along with pregnancy termination rates.