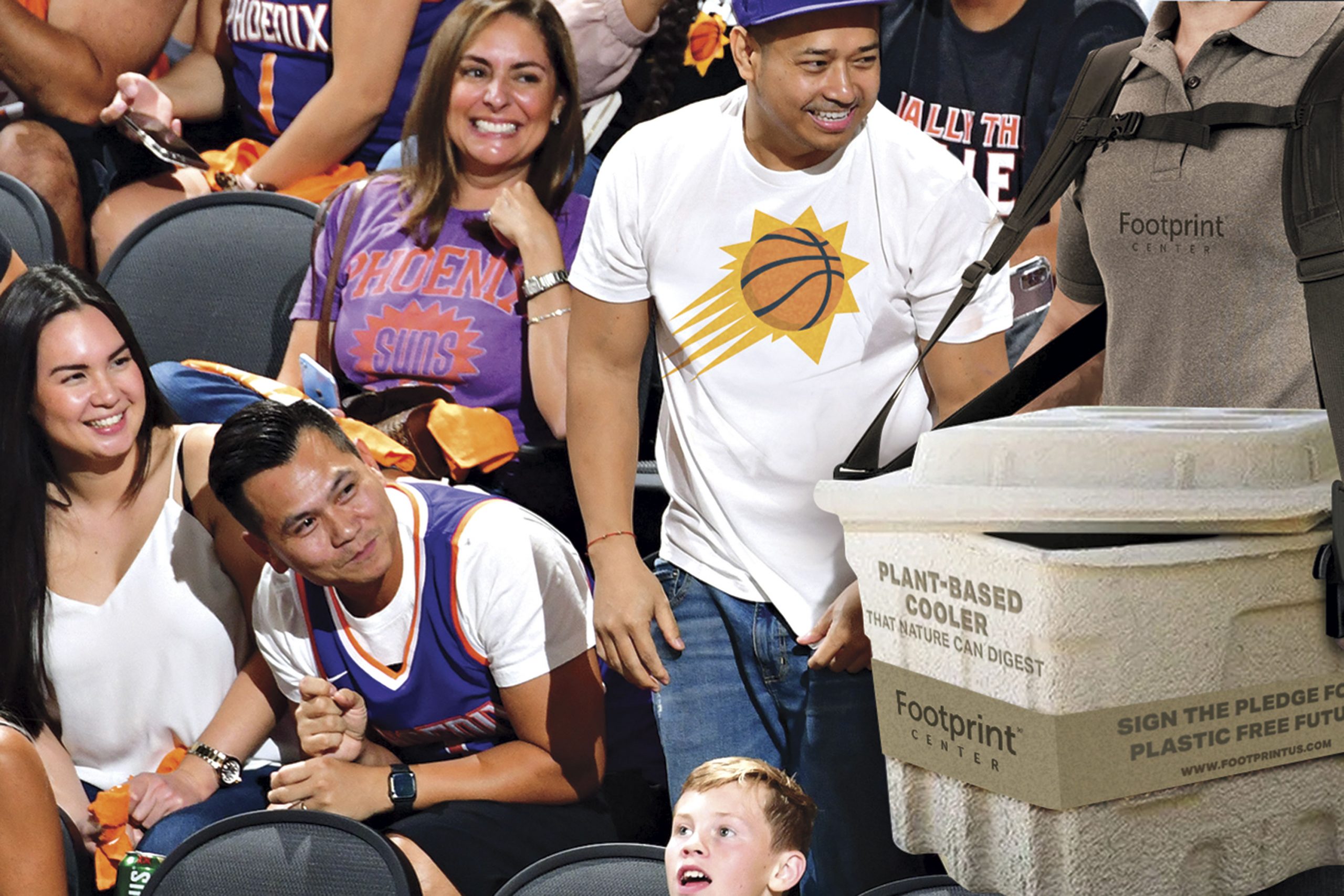 An example of one of Footprint’s material-science solutions, a plant-based fiber cooler, at Footprint Center; Photo courtesy Footprint

A local biz gives the Suns’ arena a new name and a goal to pass on plastic.

The average person ingests a credit card’s worth of microplastics every week, according to a study from the University of Newcastle in Australia. A Gilbert-based business aims to change that. In July, materials science company Footprint revealed the home of the Phoenix Suns and Mercury will be renamed the Footprint Center. The deal will transform the space into an innovation laboratory for plastic-free containers and advance the goal of making the arena the most environmentally friendly in the world, announced the teams’ managing partner, Robert Sarver.

Heather Knox, Footprint’s senior vice president of communications, says the partnership is “really about educating people about plastic, putting our products in the hands of people so we can make sure we’re getting good feedback and creating a normalization around the concept that [a container] doesn’t need to be plastic to work well.”

Footprint was founded in 2013 by Troy Swope and Yoke Chung, former Intel employees dismayed by the glut of plastic in the tech industry. They discovered the plastic was outgassing chemicals that damaged Intel’s products, and that the plastic surrounding our food also releases these chemicals. So they decided to design plant-fiber-based foodwares that stand out from the alt-plastic crowd: They’re microwaveable, oven-safe, compostable, biodegradable, recyclable and free of hormone-disrupting PFAS chemicals.

To achieve its goal of making stores plastic-free, Footprint manufactures products for brands including Tyson Foods, Conagra, Trader Joe’s, McDonald’s and Beyond Meat. Their global reach will soon expand with a factory in Poland and a partnership with Sarver’s Spanish soccer team, Real Mallorca. In addition to providing plant-based containers to Mallorca’s stadium, the company hopes to help the entire island eliminate single-use plastic. As of last year, Footprint had prevented more than 61 million pounds of plastic from clogging the planet and our bodies, one credit card’s worth at a time.