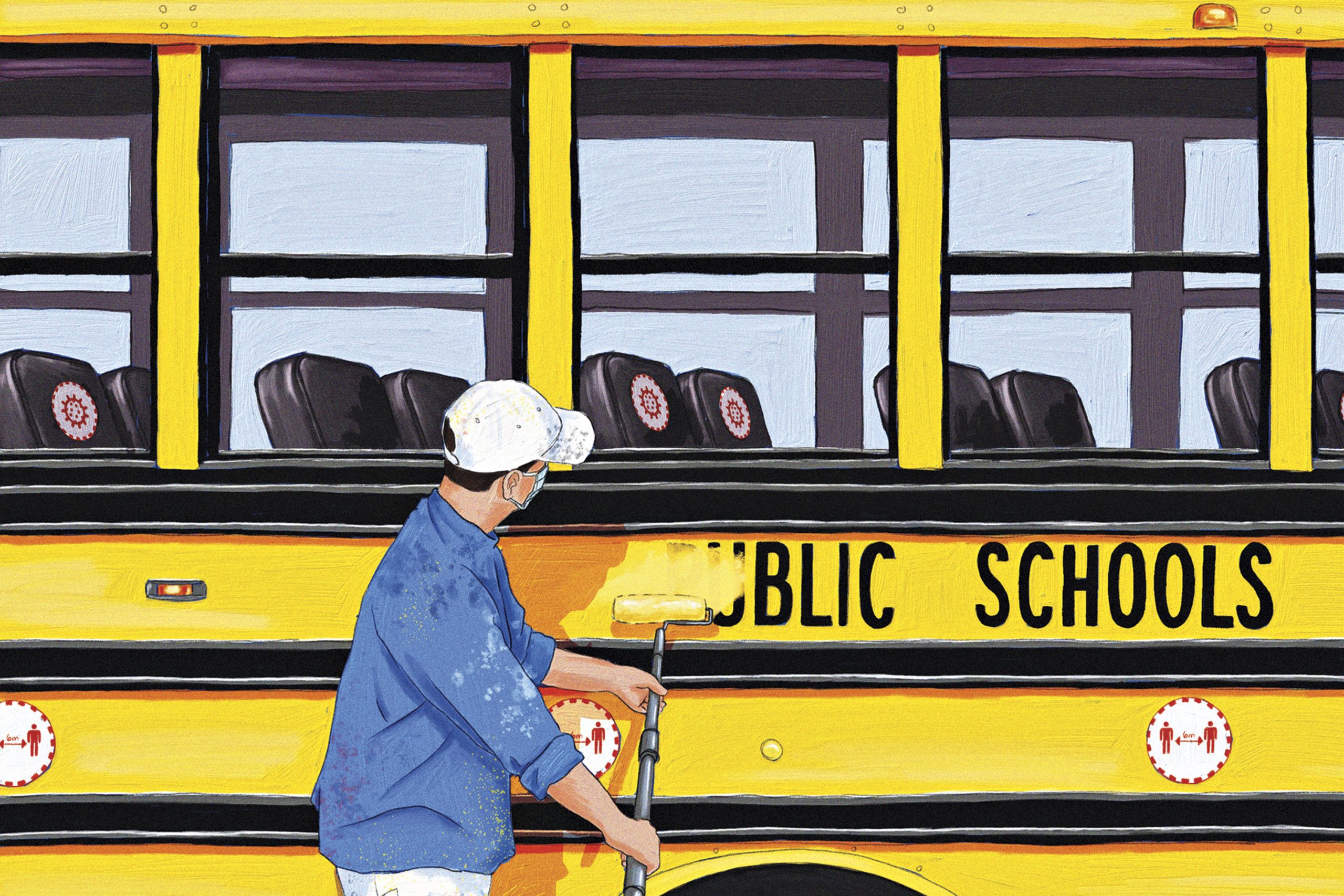 Are school-choice proponents using COVID to dismantle public schooling? Our columnist thinks so.

I hated school. A lot.

It started when I was 4 and my parents stuck me on a yellow bus bound for kindergarten at the public school in our middle-class metro Phoenix neighborhood. I wet my pants in class, refused to climb the jungle gym at recess and gagged on the cafeteria milk, which was never cold enough. Fifty years later, I’m still confused about the chicken-fried steak (neither chicken nor steak, what’s up with that?) that appeared without fail on my plastic tray each Wednesday.

School never got better, even once I convinced my mom to let me bring lunch from home. I had no friends. I was terrible at everything, including art and music. My fourth grade teacher got mad when I followed her around the classroom asking questions till she scolded me to stop poking her in the arm; my seventh grade science teacher called me out for half-assing my science fair project; and eighth grade is the last time I recall paying attention to anything related to math.

By the time I got to high school, the Sunday night blues were starting Friday afternoon. I lost my bid to be sophomore class treasurer and refused to dissect frogs in biology. I got kicked out of French class for talking – a social miracle, since most days I ate lunch alone in the library. When Jostens, the company that sold class rings, made a movie called The Greatest Days of Your Life – So Far, I watched it and thought, “I am totally screwed.”

So it might surprise you to hear me say that, looking back, I wouldn’t trade my own classic public-school experience for anything. Yes, I was awkward with my shag haircut and octagonal tortoiseshell glasses my mom let me choose myself, nerdy long before it was cool. I struggled. But I also succeeded. The truth is that if I force myself to really remember, school wasn’t all bad. I never made honor roll, but I discovered the school newspaper. Speech and debate was a crash course in high-level research and thinking on one’s feet. I was never voted Miss Congeniality, but I did have a few friends, some I’m close with to this day.

Mostly, though, it’s the challenges I’m grateful for – the opportunity to be around people who weren’t exactly like my family and me, to be called out by teachers when I was lazy, and most of all, to be uncomfortable sometimes.

For me, public school was a microcosm of life. It wasn’t perfect, and looking back, I’m pretty sure that was the best thing about it.

Which is why I’m furious with the forces in Arizona and beyond that have been hell-bent on destroying public education for the last 30 years. These people – who’ve long shoved vouchers, charters and “empowerment” scholarship accounts at us in the name of better test scores, who’ve cut services and slashed teacher pay – have succeeded in fulfilling their prophecy, starving public schools and then stepping back and saying, “See?” when they fail.

Now COVID-19 has provided the ultimate silver lining for the anti-public-schoolers, a reason to push home school, online school, “micro schools” (for-profit outfits we’re only just beginning to parse for the threat they present, as well as the potential for corruption) – any educational setting, it seems, other than the traditional public school.

For a particularly insidious example, look no further than Governor Doug Ducey’s late summer plan to bribe public school districts with federal COVID relief cash to shun mask mandates. I felt my face flushing with envy in early August when I saw my friends with kids at private schools post on social media about mask requirements; no such thing existed at my kid’s public school.

I get the urge to customize your kid’s education – but too many people have a skewed definition of success. Public education has the potential to be a melting pot in all the best ways, as well as a safety net for children whose families don’t have the resources to provide basics like breakfast or a sympathetic ear, let alone detailed instruction in algebra.

COVID’s true impact remains to be seen. The latest figures won’t be available until later this fall, but the Arizona Department of Education reports that enrollment in public schools dropped 3.5 percent between the 2019-2020 and 2020-2021 school years, with a whopping 42 percent of those kids coming from pre-K or kindergarten. Those students translate, quite literally, into dollars under the state’s education funding system. Fewer students, fewer resources. Systemic collapse and school closures. Like any public utility, it’s a model that requires near-universal buy-in to survive.

I hate the thought that so many kids aren’t getting (and may never get) the opportunity to fail, to wet their pants, fear the monkey bars, sip warm milk – and learn the life lessons I did.