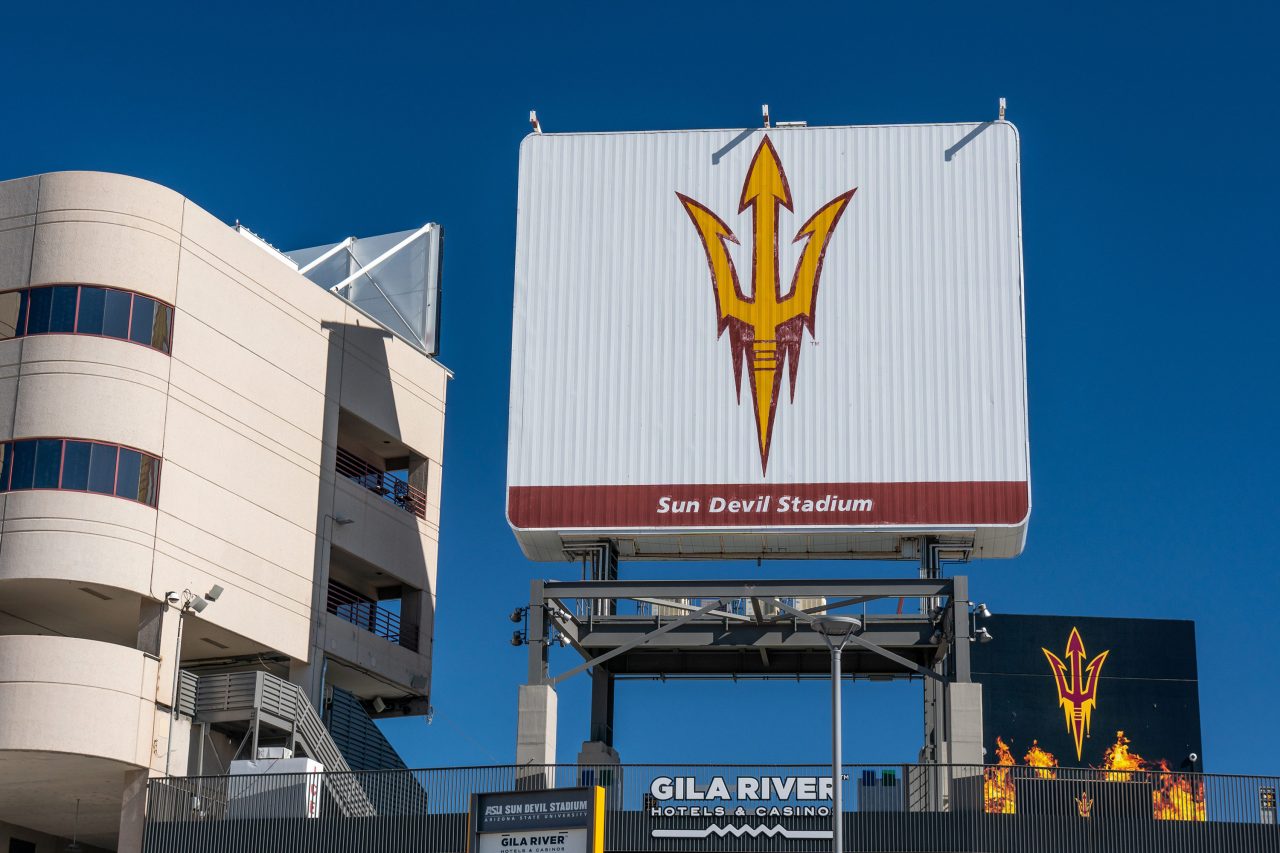 Football is officially back and we can only pray and hope for the 2021 college season to be nothing like the dystopian 2020 season. Arizona State has a full schedule that kicks off Thursday night against Southern Utah with fans back inside Sun Devil Stadium for the first time in nearly two full calendar years. There will be no creepy cardboard cutouts allowed as we dive into our five biggest takeaways from the weekend in sports.

Can ASU’s most talented team in recent memory live up to hype?

It feels like we haven’t had Sun Devil football in forever. The 2020 season was so poorly managed by Pac-12 leadership that the four games ASU played were forgettable at best and might as well be considered scrimmages. Three games were cancelled due to the COVID outbreak on ASU’s roster and the school turned down a bowl game offer. It was a lost year for the program but nearly every player of importance is back for 2021, a real season with a real shot at the Rose Bowl for the Sun Devils.

Quarterback Jayden Daniels is perhaps the best at his position in the conference entering his junior year. Daniels leads an offense loaded at running back: Chip Trayanum, Rachaad White and Daniyel Ngata all showed flashes of brilliance in 2020. The main question remains at wide receiver, where a very talented but also young and inexperienced squad struggled in the pandemic-shortened season a year ago. The Devils will need the trio of Johnny Wilson, Chad Johnson Jr. and LV Bunkley-Shelton to grow up quick if they want to compete for the Pac-12 Championship this season.

Make it three preseason watch lists for Jayden Daniels who was just named to the #ManningAward watch list! Way to go, Jayden!

On defense, the injury to defensive tackle Jermayne Lole is a big one. He’ll be out several months, but the Devils defense is still loaded with experience and talent up front with guys like Tyler Johnson, Shannon Forman and D.J. Davidson (all three are grad students). Linebackers Merlin Robertson and Darien Butler are senior leaders with 173 and 175 career tackles, respectively. The secondary is perhaps the most experienced group, led by grad students Jack Jones and Chase Lucas at cornerback.

Big Takeaway: This is the best team (on paper) ASU has put on a football field since the 1996 Rose Bowl team with quarterback Jake Plummer. 25 years is way too long for this program to exist in mediocrity. ASU has a real hope to be special this year. However, an alleged recruiting scandal, the ongoing investigation into it and the fact ASU has several assistant coaches on administrative leave because of it remains a looming dark cloud over the program. The hammer could drop at any moment or it could be nothing more than a slap on the wrist. The Sun Devil-diehard yet cynical fan in me isn’t rooting for it, but would not be surprised to see a championship run get derailed. After all, we’ve had 25 years of futility. It’s the ASU way.

Week zero of the college season kicked off Saturday with the earliest calendar Big Ten game ever – and it was a fairly decent game. Illinois prevailed 30-22 over Nebraska, handing the Cornhuskers a field of frustration, especially on special teams where the first points of the season happened on a safety during a punt return.

We have reached peak B1G already, a punt return safety with an illegal forward pass pic.twitter.com/h5KyR8UpXt

Big Takeaway: The Valley is home to a lot of Nebraska fans who fill up sports bars on any given Saturday (there’s even a local radio station that airs the Cornhuskers games). They’re likely in for a long, brutal season so it might be best to steer clear of the Big Red fan base in 2021.

Cardinals cut the roster down to 53.

All NFL teams need to trim rosters down to 53 players by 1 p.m. on Tuesday, August 31 and the Arizona Cardinals got an early Monday morning start, releasing ten players including wide receiver KeeSean Johnson.

We have released the following 10 players:

Big Takeaway: Johnson – a 6th round pick who has 36 career receptions as a backup – was one of three bad wide receivers the Cardinals drafted in 2019. The others were Hakeem Butler, a 4th round pick who was often injured and never played; and Andy Isabella, a 2nd rounder who has only 30 career receptions and remains the worst pick of that class, though he remains on the roster for now. Luckily for general manager Steve Keim, he got a few of the 2019 picks right: QB Kyler Murray and CB Byron Murphy are both starters; while DE Zach Allen and DB Deionte Thompson are both solid backup players.

What the sports world got right…

The NFL decided to cancel the Cardinals final preseason game because of Hurricane Ida. The kickoff was originally scheduled for 5 p.m. in New Orleans on Saturday, then it was moved up to 10 a.m. because of the looming storm. When it appeared the weather was coming earlier (and the Cardinals team plane was in the air) the wise decision was made to outright cancel the game. No sense in playing a meaningless football game in the path of a Category 4 hurricane.

Our thoughts and prayers go out to all of those preparing for Hurricane Ida.

… and what the sports world got very, very wrong.

High school football was also busy kicking off its season across the country (Arizona’s 6A, 5A and 4A big schools start the season this coming Friday, Sept. 3) with a few high-profile games that aired on ESPN this past weekend. One matchup appeared to be very sketchy however. Reports surfaced late Sunday night about potentially unsafe playing conditions in the game between traditional powerhouse IMG Academy from Florida and the very much lesser known Bishop Sycamore from Canton, Ohio. According to several outlets, Bishop Sycamore had played two days earlier against a team from Pennsylvania and they apparently had no business hosting the famed IMG Academy (a school that regularly churns out talented players for major college programs and NFL teams). ESPN allegedly used a marketing firm to setup this scheduled game and no one vetted Bishop Sycamore, an online prep school that went 0-6 last year including a 56-6 loss to IMG Academy. ESPN’s announcing team pointed out how absurd this was during the game!

Big Takeaway: This game had no business appearing on national TV as a spotlight for high school football. The network, the marketing firm and the coaches/administrations on both teams should be ashamed the game was even scheduled to be played.