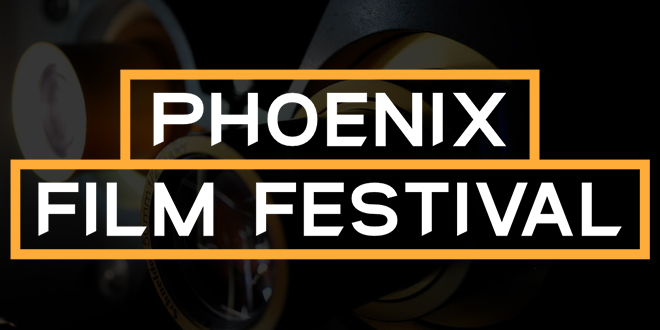 Slated for March but pushed back by you-know-what, the 2021 Phoenix Film Festival is now scheduled to open this coming Thursday, August 12 and run through Sunday, August 22. It’s a slightly less extravagant affair this year; fewer screenings, fewer special guests, no party tent, and all Harkins COVID protections will be observed. But the focus, we’re assured, is on quality more than quantity, with an emphasis on diversity and inclusion.

Cases in point: This year’s opening night selection is CODA, all caps on purpose; it’s an acronym for “Child of Deaf Parents.” Emilia Jones plays the title role in this drama, an American version of a French film, about the only hearing kid of a Massachusetts fishing family, who finds herself uncomfortably drawn to a career in music. Marlee Maitland and Troy Kotsur play her parents, and Eugenio Derbez is also in the cast.

By contrast, the closing night movie—planned, like CODA, for the Cine Capri screen—is the exuberant musical Everybody’s Talking About Jamie. Adapted from a West End stage show, it’s about a British kid from a tough neighborhood who wants to become a drag queen.

“They’re both fantastic films,” says Festival director Jason Carney, “and they both kind of highlight the theme of diversity.”

In between these two selections are almost 100 features and more than 100 shorts.

“We’re focusing on the Asian American, African American, Latin American, Native American and LGBT fields,” Carney says. “We tried to broaden things out this year. It’s sort of like, why weren’t we doing this before?”

There’s also a whole other festival. As usual, the International Horror and Sci-Fi Film Festival runs concurrently with the Phoenix Festival, and shares the venue, Harkins Scottsdale 101.

Monte Yazzie, director of IHSFFF, singles out three selections he’s particularly excited about. “Our centerpiece film Saturday night is Night House, a horror/thriller crossover. The closing night film is called The Strings. It’s about how musicians compose, and the scary places they go to do it.”

Yazzie also programs Native American films for the Phoenix Film Festival and is enthusiastic about one selection in that category: “Beans is a great film about history, how history forgets things,” he says. “It’s about the Mohawk Nation; a coming-of-age story about the Oka Crisis of 1990 in rural Quebec.”

Adds Yazzie: “There are so many categories of movies to watch; find a category you’re unfamiliar with and explore it.” Then he dutifully offers the Festival’s slogan: “You might find your new favorite movie.”

Individual tickets are $15; a Platinum Pass is $425; a range of other ticket options are offered. Go to phoenixfilmfestival.com for details.