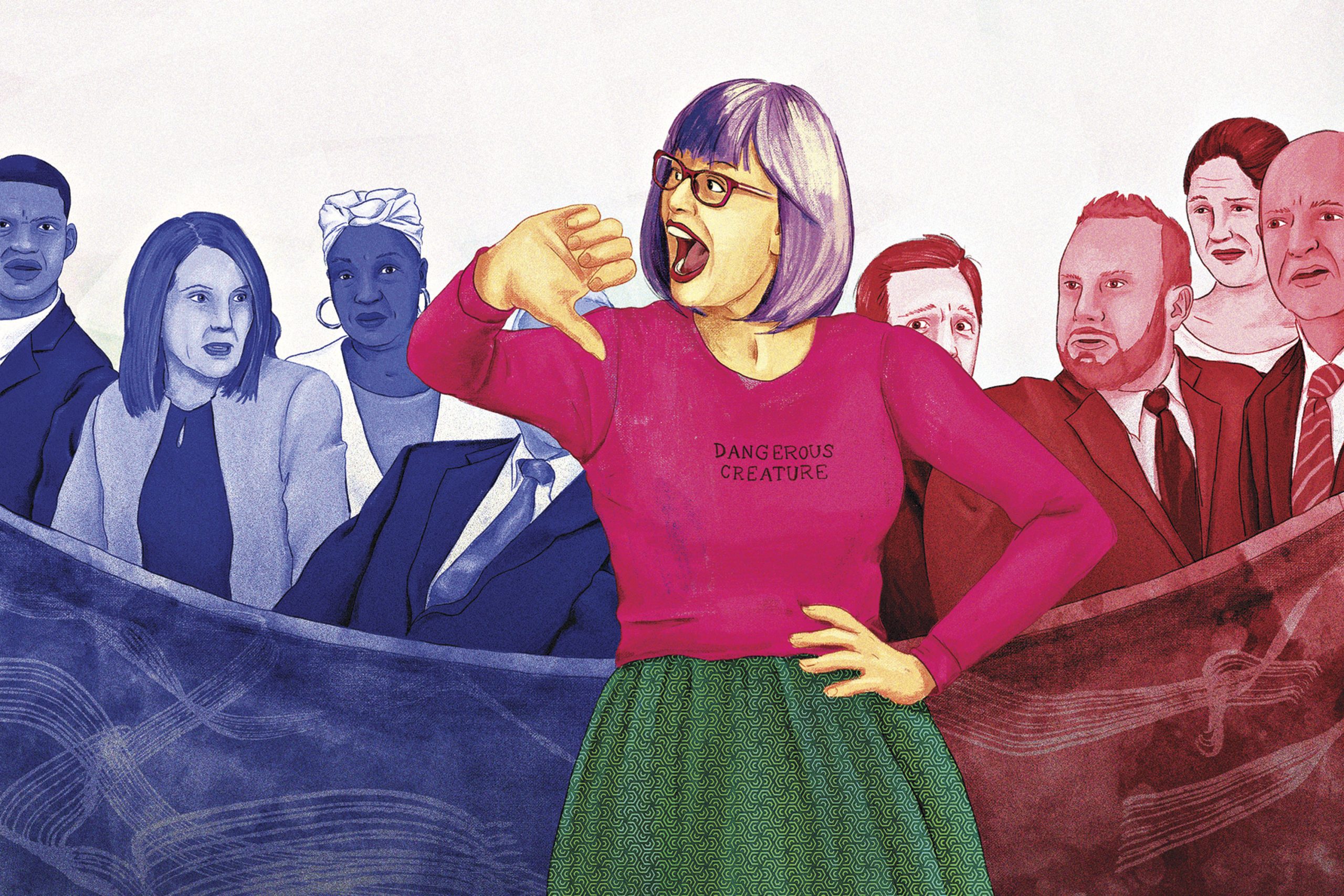 Washington could use more iconoclasts like Senator Kyrsten Sinema – but her recent pleas for attention cross the line.

I haven’t worn pantyhose since the first Bush administration.

In Washington, D.C., in the late 1980s, there really wasn’t a choice. Fresh out of college, I’d moved across the country to take a job as a receptionist on Capitol Hill. During the week, I answered phones and gave tours, leading constituents through underground tunnels to sit in the Senate gallery and wander around Statuary Hall. On the weekends I haunted the clearance rack at Ann Taylor, filling the tiny closet in my crappy rented room with navy blue blazers, silk blouses and the tennis shoes I’d swap out for low heels stored under my desk. I kept a bottle of clear nail polish in my leather Coach briefcase in case I got a snag in my hose.

My time in D.C. was short. Almost two years to the day, I packed up and left, trading pantyhose and politics for ripped jeans and journalism school.

On a visit to Washington in 2018, I noticed that most of the people on the street still dressed a lot like people did in 1988, and 30 years later, I kind of get it. Washington’s a conservative city – no matter who’s running the Capitol – and one thing I’ve always liked is that, for the most part, it feels like people in government are more concerned with substance than style.

That’s not to say that it’s never appropriate to nudge the boundaries. Remember when people lost it over Barack Obama’s tan suit? Ruth Bader Ginsburg will be remembered as much for her collars as her decisions. Kamala Harris made us chuckle when she wore Converse on the campaign trail.

And yet, none of their style choices define these leaders. I wish I could say the same for Kyrsten Sinema, Arizona’s senior senator. The purple wig is embarrassing, and some of her recent actions are worse.

Full disclosure: I’ve never actually met Sinema, but I feel as though I know her. We’ve been Facebook friends forever, and I’m close with people on her staff. I like her. Although my politics are different, I’m OK with her move to the middle. Liberals don’t tend to get reelected in these parts, and I’d rather have her in office than any other options I can imagine. (Anyone who thinks the state of Arizona’s gone blue hasn’t spent much time here.)

Sinema is her own person, the latest iconoclast in a state packed with them. She experienced homelessness as a child. She’s bisexual. Unlike most elected officials, you don’t always know what she’s going to say. It’s vital that we have real people in public office, and Sinema’s a real person. She’s in a unique position to make a mark in an evenly divided political body, and I’m here for all of it – until she starts acting like a clown.

The senator doesn’t dress like others on the Hill, and I’m more than fine with that. I love the bright colors and the patterns, and I bet Sinema never wears pantyhose. But this is not about fashion. There’s a fine line between icon and distraction. When I turned on the news and saw her presiding over the Senate in a hot pink T-shirt that says DANGEROUS CREATURE, I cringed. When she curtsied, I wanted to crawl under the couch.

With that curtsy, it’s beginning to feel like she doesn’t respect the job or the people she serves. If she had a concern about a minimum wage hike as part of COVID-19 relief, fine. But to not acknowledge how sensitive this is, particularly given her background – which she’s built upon to get where she is – is inexcusable.

I’m only 10 years older, but somehow, I feel like her mom. As I tell my own daughters, just because you can do something doesn’t mean you should. The stakes are too high this time. There’s a country to be run, a state to be served, a world to fix, and I’m counting on our senior senator to at least make a dent.

Fair or not, I also expect her to be a role model for my daughters. When I worked on Capitol Hill, there were two women in the Senate and 29 in the House. Today the numbers are up to 24 and 117 – a nice increase, but hardly equitable. Pardon me if I lack a sense of humor about the silly stunts that only seem to be increasing.

So, here’s the question, Senator: Do you want to be remembered as the lawmaker who decorated her office in leopard print and imitated John McCain’s thumbs down or as the senator who made good policy and did right by her constituents?

If I actually asked, I’m guessing the answer would be, “Both.”

And my next question would be, “At what cost?”