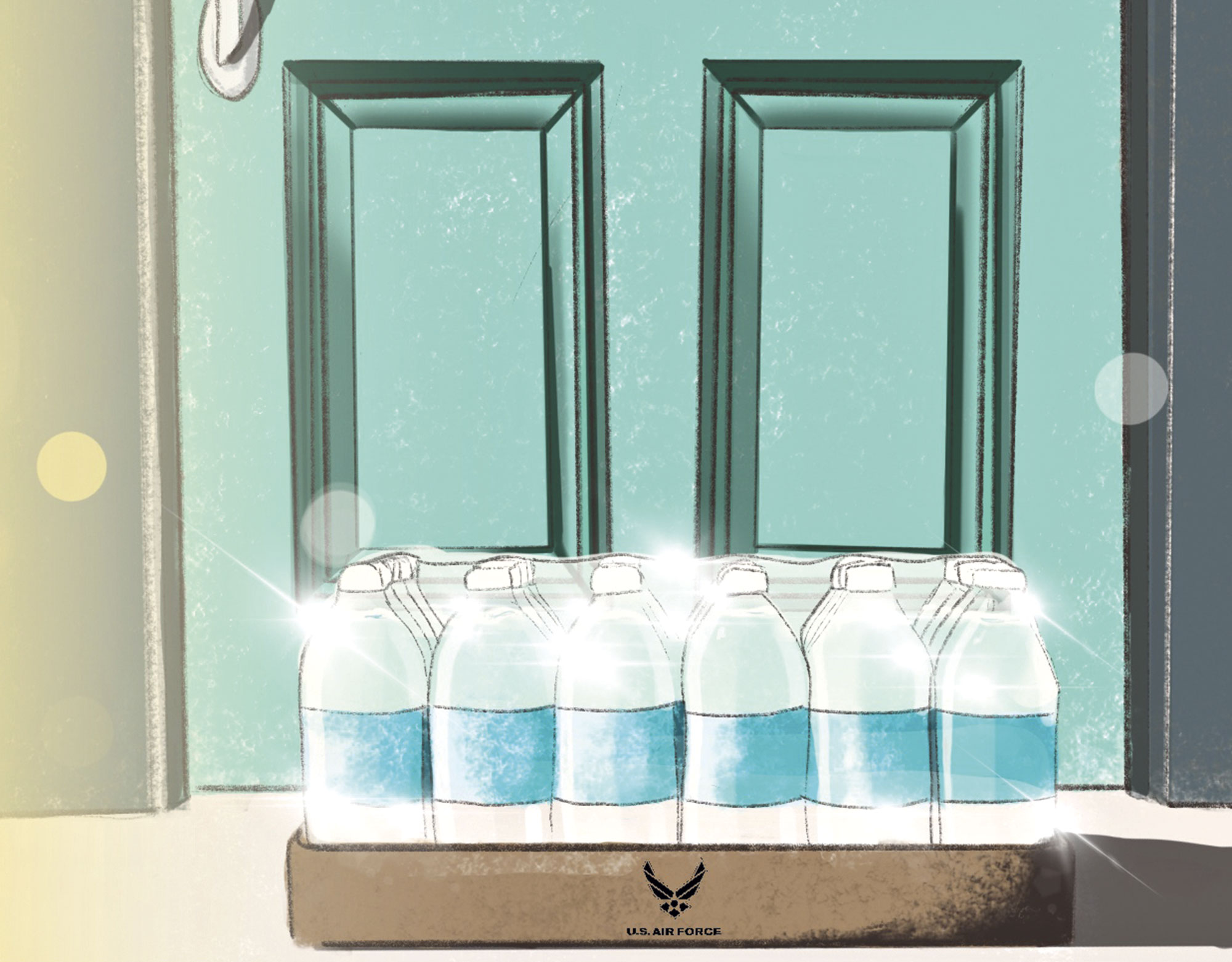 Luke Air Force Base is distributing bottled water to nearby residents due to groundwater contamination – but the problem can’t be washed away.

In extinguishing fuel fires, Luke Air Force Base has inadvertently created an environmental inferno. And it isn’t going to be put out for a long time.

Water samples from wells near the base have tested positive for perfluorooctane sulfonate (PFOS) and perfluorooctanoic acid (PFOA), chemicals linked to a host of health issues, including cancer. These toxic compounds are a legacy of aqueous film-forming foam used by firefighting crews at Luke since 1972. Decades later, the indestructible compounds have seeped into the groundwater, which Luke disclosed in 2019.

“PFOS and PFOA move with and in water and are near impossible to remediate,” says Kristine Uhlman, a retired Water Resources Research Center hydrologist who has studied these compounds. “That’s why they’re called ‘forever chemicals.’” These synthetic fluorinated organic compounds are “resistant to heat and decay and were manufactured in the days of ‘better living through chemistry,’” Uhlman says. “Similar compounds were once put in baby pajamas to make them flame-retardant!”

In 2016, the EPA established a “non-enforceable and non-regulatory” health advisory for PFOS/PFOA of 70 parts per trillion as guidance for regulators, basically one drop in 20 Olympic-size swimming pools. That year, these compounds were detected in two drinking water providers near Luke: Liberty Utilities and Valley Utilities Water Co., which collectively serve almost 22,000 households in areas of Avondale, Glendale, Goodyear, Litchfield Park and unincorporated Maricopa County.

Liberty Utilities began treating water at its impacted wells in 2016 to reduce the contaminant levels. That same year, Valley Utilities (VU) notified customers of the problem and noted that “sensitive populations may seek an alternative water source with PFOA and PFOS levels below 70 ppt.” VU didn’t immediately build treatment facilities at customer expense because management believed the Air Force would complete its groundwater studies and build the facilities. Since February 23, Luke has provided bottled water to approximately 1,700 VU customers. By the end of May, the Air Force plans to install a PFOS/PFOA treatment system for VU. The price isn’t known.

The contamination will migrate southwest, potentially affecting other providers in the West Valley. “There’s no putting this evil genie back into its bottle,” Uhlman says.