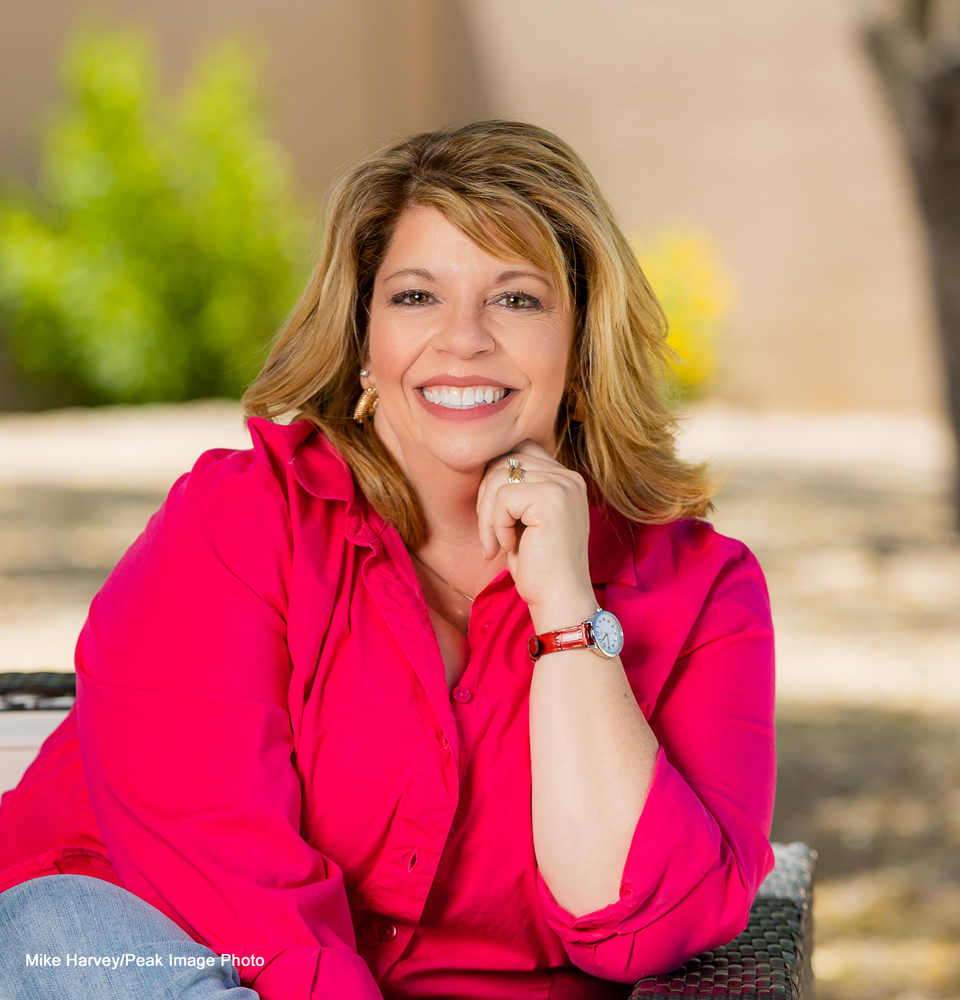 That inspirational quote could just as easily have come from the mouth of Fountain Hills author C.K. Donnelly, the self-described “unsuccessful quitter” who persevered after years of rejection from the book industry and went on to self-publish her debut novel, Trine Rising, The Kinderra Saga: Book 1, last year. It turns out good things do indeed come to those who wait – and who  refuse to quit: Last week, Donnelly received an Independent Press Award for her fantasy epic, which we reviewed last fall.

“Trine Rising is a fantasy for those who’ve never read the genre or don’t think they’ll like it, as well as for lifelong fans of the genre,” Donnelly says. “While it has many of the trappings of traditional epic fantasy, the characters are very relatable to today’s audience. What’s more, Trine Rising also delivers a treat for readers not found in enough books of any genre, where you can finally read what the ‘bad guy’ is thinking!”

Donnelly chatted with us about her recent recognition, her plans for the series and her dream cast for a film adaptation of her literary universe.

Congratulations on the award! How does it feel to win it after your long road to publication? Is there a sense of vindication or validation?
Of course, the noble answer would be publishing is an award in itself. I’m not so noble. Yes! This is freakin’ fantastic! I am so blessed. There are so many – too many – roadblocks to producing and promoting a successful independently published novel. I had 100+ literary agent rejections, but I knew this was a story readers would love. That is proving to be true. To win not one, but two major awards, is a blessing beyond measure.

Why is such recognition important for authors, particularly indie authors? How does it help you in your career?
Awards like this and top reviews by solid, well-established literary firms like Publishers Weekly, BookLife and Kirkus Reviews make all the difference in standing out from the pack. This tells readers that a book is a quality novel that is professionally written and produced. Like business or industry awards, literary awards help an author become a trusted, respected voice on par with traditionally published novels.

I understand The Kinderra Saga will ultimately have multiple books. Where are you in your writing and editing process in the series? Do you have it all mapped out, or are you working it out as you go?
Trine Fallacy: Book 2 is in final copy-editing. The cover is finished, too. We are on track to release it Tuesday, August 31, so mark your calendars and stay tuned for pre-sales fun! Trine Revelation: Book 3 has been completed for some time. We’re just staging novel releases. I expect to release Book 3 late August 2022. I’ve wrapped up a solid outline of Trine Guardian: Book 4, but we don’t have release dates just yet. Book 5 (Trine Healer) has a sketch of an outline. Books 6-9 have plot hooks, but nothing solid. And this is just the main series. Two origin trilogies of major characters and a graphic novel series with Kinderra favorites, Morgan Jord and Binthe Lima, are all in the works.

If your series were to be turned into a big-budget TV show or movie, who would be in your dream cast?

That is the million-dollar question, isn’t it? Some of the principals would be:

What are you yourself reading these days? Any recommendations for our readers?
This is a horribly embarrassing question. I’m woefully unread, at least when it comes to all the books “we should be reading or have read.” On my TBR [to-be-read list] are Peace Talks and Battle Ground, the final books in the Harry Dresden series by Jim Butcher, my writing god. I also have my eye on an indie memoir by a local author of her days as a model in the 1980s, The Opposite of Famous: A Hollywood Memoir by Susan McNabb. That said, I read my Bible every day. No matter how many times I read it cover to cover, each time something new is revealed.