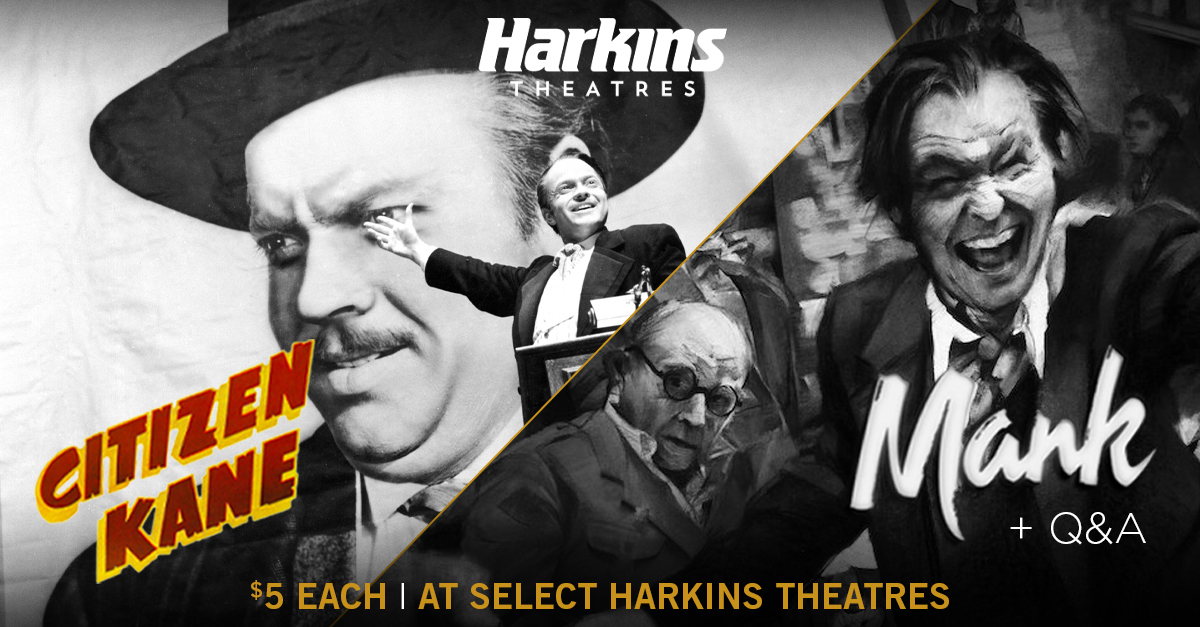 If you haven’t ventured out to the multiplexes since the shutdown, you could do worse – if you’re fully vaccinated, that is – than to re-christen yourself as a moviegoer with Saturday’s double feature at Harkins Scottsdale 101. First up is the 1941 Orson Welles masterpiece Citizen Kane at 3:30 p.m., followed by 2020’s Mank at 6 p.m.

Directed, produced, co-written by (though to what extent is debated) and starring Welles in his feature debut, Citizen Kane has long been regarded as one of the all-time greatest movies ever made. Not without cause; it’s a lively, compelling portrait of an American newspaper mogul, transparently and tauntingly based on William Randolph Hearst, that by the end becomes an inquiry, unpretentious yet haunting, into the nature of identity and the sum of an individual life. There had never been a movie quite like it before, and influential as it was, there’s never really been a movie like it since.

I wasn’t such a fan of last year’s Mank, a chronicle of screenwriter Herman Mankiewicz and his struggles working on the Kane script. A long-cherished project of director David Fincher and his late father Jack Fincher, who wrote the screenplay, it has some superb acting – by Gary Oldman in the title role, and Amanda Seyfried as Hearst’s mistress Marion Davies – and the black-and-white cinematography of Erik Messerschmidt is lovely. But it’s self-conscious, accuracy-challenged and, worse, appallingly slow and overlong.

Even so, it would probably look great on a big screen. And in any case, the chance to see Citizen Kane on a big screen doesn’t come along every day. If you just watch that film and blow off Mank to go to dinner, you’ll still probably feel you got more than your money’s worth.