Go ahead and put an asterisk on my headline, I don’t care. Baseball declared the game seven innings and the starting pitcher went the distance without allowing a single hit. That unofficially tops our look at the biggest takeaways from the weekend in sports.

D-Backs starting pitcher Madison Bumgarner tossed the first unofficial seven inning no-hitter in Major League Baseball history, although due to baseball rules, it won’t officially count as a no-hitter – if that makes any sense. For many of us, baseball’s decision-making often never makes sense, but I digress. MadBum faced the minimum number of batters in his no-hit performance (he would’ve been perfect had it not been for shortstop Nick Ahmed’s throwing error in the second inning). Bumgarner’s brilliant game followed starting pitcher Zac Gallen’s equally dominant performance in game one of the twin bill. Gallen allowed only one hit in seven shutout innings to start an historic day for Diamondbacks pitchers.

The Braves had one combined hit across their doubleheader today.

According to @EliasSports that's the fewest in a doubleheader in MLB history.

The previous fewest was two hits by Cleveland against the Red Sox on April 12, 1992. pic.twitter.com/sUrOAqRik2

Big Takeaway: When Gallen finished his game with only one hit, I began to wonder if a seven inning no-hitter would’ve counted. Then Bumgarner went out and actually gave us one! I was unaware of the archaic rule until the D-Backs radio crew spelled it out over the airwaves as the Diamondbacks team celebrated with their starting pitcher on the field after the win. Major League Baseball may choose to officially ignore this feat (and likely benefit from the news cycle debating it for the next few days), but I’m calling it a no-hitter.

Want to win four free tickets and parking to this Friday’s home game against Colorado? Click on this link to enter before Tuesday April 27 at 5pm for a chance to win.

Suns guard Devin Booker’s 36 points and center Deandre Ayton’s 20 points and 13 rebounds were not enough to overcome the star-studded Brooklyn Nets roster in a 128-119 Suns loss Sunday afternoon. Coming off the bench to play only 28 minutes, Nets forward Kevin Durant had 33 points in his first game back from injury and guard Kyrie Irving added 34 points and 12 assists to hand the Suns their second straight loss. The Suns also dropped a game Thursday night at Boston and remain two games in back of Utah for the top overall seed in the NBA’s Western Conference.

Big Takeaway: The Suns are still 42-18 on the season and that’s still remarkable considering the past decade of futility with the franchise. Fans expect this team to win every single night, but I don’t mind dropping a few of these to make sure the bad taste of losing is spit out when the playoffs come around. Lose one now, but beat them when it really matters.

Two weeks ago I wrote about the Arizona Coyotes getting hot at the right time and they backed me up terribly by losing seven of the last 10 games. The Coyotes 4-0 win over Los Angeles Saturday night vaulted the club back into the fourth and final playoff position ahead of St. Louis, however the Blues have three more games to play (11 total remaining) than Arizona (eight remaining).

Big Takeaway: The Coyotes have a favorable schedule the rest of the way, including four against a bad San Jose Sharks team, two against a bad L.A. Kings squad and two against the first place  Las Vegas Knights. The Blues on the other skate still have eight games against Vegas, Minnesota and Colorado (three teams who’ve clinched a playoff berth already), two against last place Anaheim and one versus the Kings. May the schedule odds work in Arizona’s favor.

Steve Keim and draft picks are a combination that have kept many Cardinals fans up at night, worried for the future of their NFL team. The Arizona Cardinals general manager has not had the best track record when it comes to picking free players to add to the roster and it’s showed with the Cards missing the playoffs each of the past five seasons. Keim gets another crack at it in a few days. The first round of the 2021 NFL draft gets underway Thursday night, followed by rounds two and three on Friday and the final four rounds on Saturday.

Big Takeaway: Some have claimed it’s a make or break year for Keim, but I’ll believe that when I see it. He’s too close to owner Michael Bidwill to be concerned over losing his job for any reason at this point (does anyone remember 2018?) He certainly won’t be held accountable if this year’s picks turn out to be busts (see Josh Rosen, Robert Nkemdiche and Jonathan Cooper for example).

For the first time since pandemic-era sports returned with fans allowed in stadiums or arenas, I’m starting to notice packed venues. It first stood out to me Friday night in Atlanta, where the Diamondbacks and Braves played in front of a very full stadium – or at least it appeared that way on TV (19,258 was the announced attendance. About 1,400 more attended Sunday’s game). Large crowds really stood out Saturday night in Jacksonville for UFC 261.

Big Takeaway: It’s awesome to see some arenas finally getting back to normal. Sports are not the same in front of empty stadiums. Suns home playoff games are next. 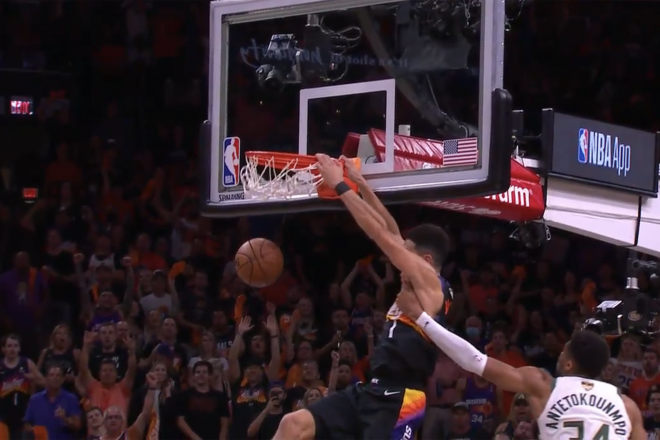 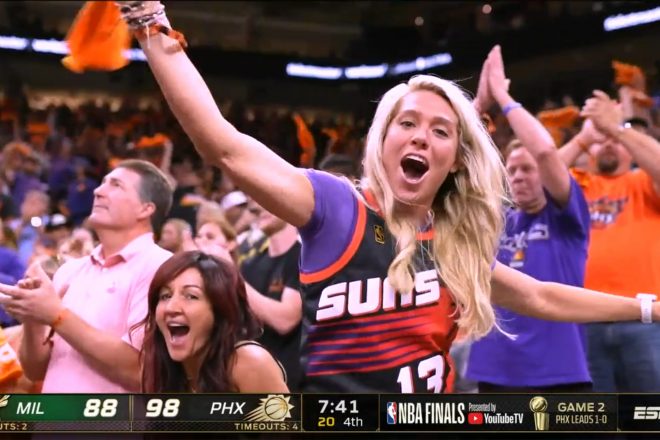