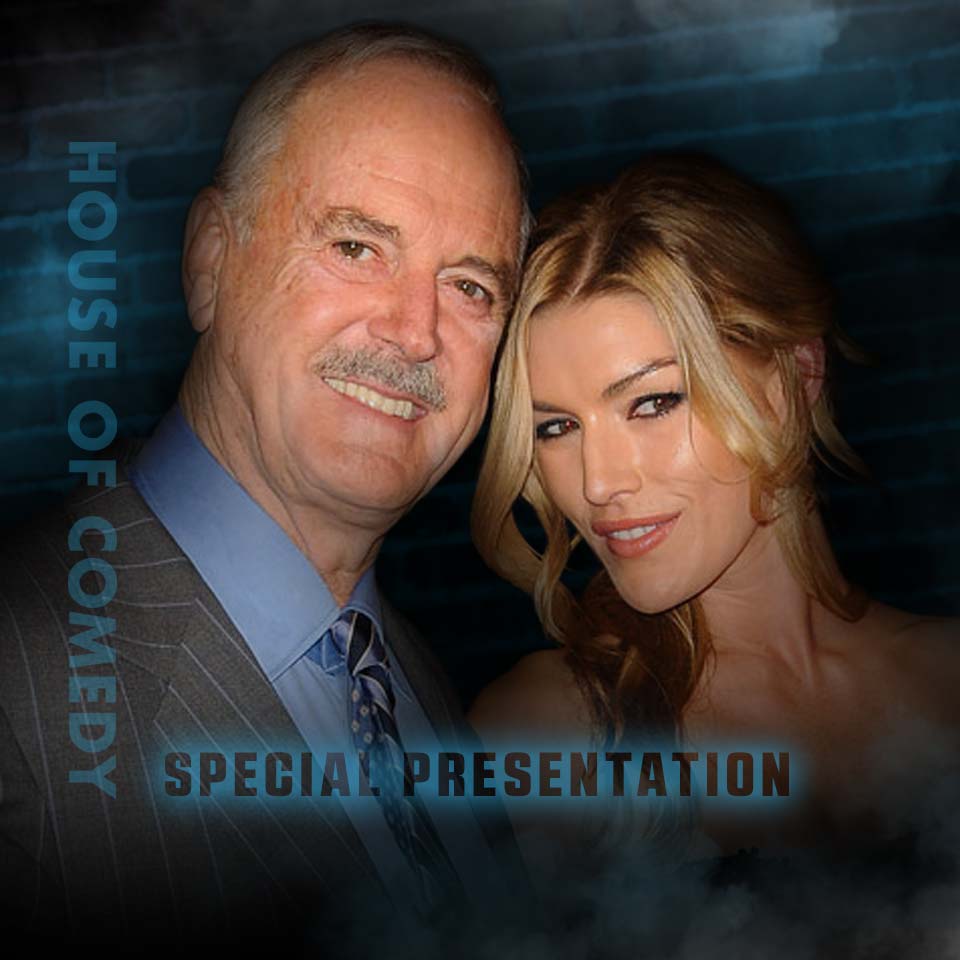 If you weren’t among the Python fanatics who got to see John Cleese and his daughter Camilla perform together last Monday at House of Comedy, don’t despair. The pair have been held over for a second evening of “Comedy With the Cleeses” at the same venue at 7 p.m. Tuesday, April 6.

“Camilla gets me most of my work these days,” notes the elder Cleese. “More than my agents do, certainly.”

The current case in point is an informal evening in which Cleese the Younger plays moderator, feeding her father, the towering veteran of Monty Python, Fawlty Towers, A Fish Called Wanda and countless other films and series, questions on index cards collected from the audience prior to the show. She also seems to take on the persona of the heckling, disapproving daughter, embarrassed by the old man.

“Oh, what persona?” replies her father to this observation, noting that he sometimes refers to Camilla as his “sabertooth daughter.”

To this, Camilla says, “We show affection by teasing each other and sort of sharpening our teeth on each other,” but she also admits that “in the bigger venues our tour manager knows not to put anything hard on the table, because [my father] has a tendency to throw things at me.”

Camilla knows which questions are likely to give rise to the most entertaining answers. At last week’s House of Comedy show, for instance, he was asked to rate his fellow Pythons, favorite to least favorite.

“That’s difficult, because I don’t really like any of them,” he said, but finally settled on the late lamented Terry Jones for the bottom of the list. “They say don’t speak ill of the dead, but it’s the ideal moment. They can’t harm you.”

Having dispensed with this obligatory irreverent snark, he went on to tell affectionate stories of all of his Python colleagues, and the best part of the show was his own giggling mirth in the retelling. He also passed on a two-line poem of his own composition about a longtime irritant, political correctness:

Camilla is also in charge of steering her father away from sensitive topics, though not always successfully.

“When we toured the south…part of my job was to keep him from talking about Trump,” recalls Camilla. “You’d think if you follow my Dad, especially on Twitter, you would know that he’s not a big Trump fan. But he loves to ‘walk people out.’ Trump would come up, he’d make a joke, and you’d see ten people stand up and leave, and he’d give them a round of applause.”

“To thank them for coming,” John explains innocently.

He enjoys the free-associational format of these shows.

“I used to work very differently,” he observes. “I used to work very very hard, and get everything down, and get it all neat and tidy, and rehearse it a lot and go out and do a performance that could be, as it were, preserved in aspic. Now I’m more interested in the informality, what happens when you’re not quite sure where you need to go next. Otherwise, of course, you’re saying the same thing every night, which is not terribly interesting.”