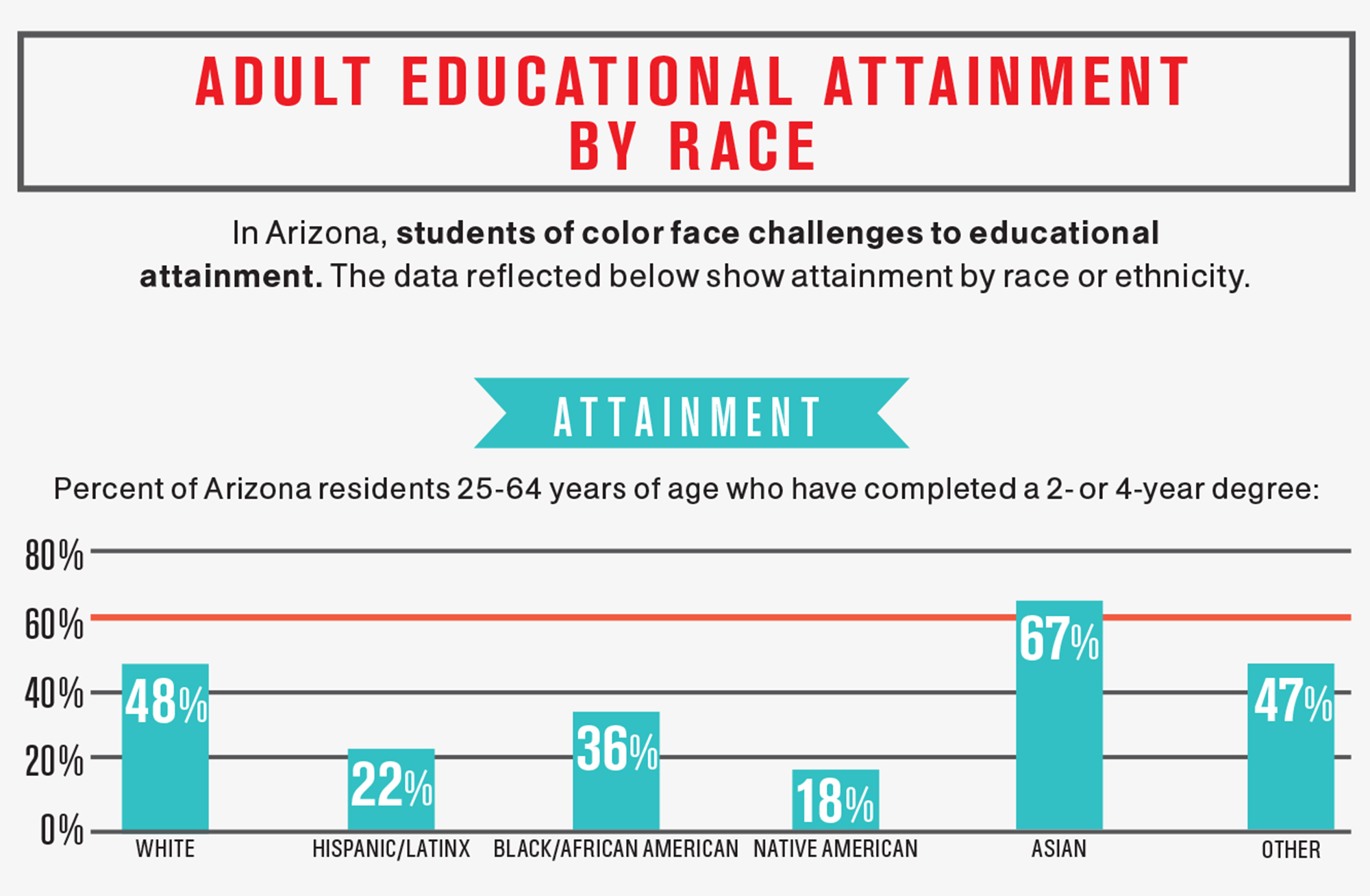 According to a recent report by Achieve60AZ, an alliance of community-based business, philanthropic and education organizations, just 46 percent of Arizona adults have an education beyond high school. Is it possible that just nine years from now, 60 percent of adults in Arizona could possess a postsecondary degree or credential?

Maybe, according to Achieve60AZ executive director Rachel Yanof. And even if the state falls short of that 60 percent goal by 2030, she says it would still be a win to increase the education level of Arizona adults to any degree. But is that level of education necessary or advisable in the current economy? And what constitutes a proper “postsecondary degree or credential”?

Yanof says having a good education that can lead to a “good job” (which she defines as one that is safe, pays well and has benefits) is especially important during a pandemic-rattled economy. “The people most quickly out of work when things like a pandemic hit are in the service sector, the people that are very frontline and working jobs that generally don’t require a postsecondary credential,” she says.

Academia isn’t the only path to postsecondary success, Yanof adds: “That could be a 12-week boot camp experience, like a coding camp. There are people going to electrician school and becoming a line person, or they’re becoming a bookkeeper or an accountant for a small business. All of those things count, absolutely.”

Achieve60AZ’s State of Attainment Report shows a need for educational equity for minority groups, particularly Latin American, black and Native American communities. Access to financial aid and night classes are just two ingredients for progress, Yanof says. Other avenues outlined in the report include expanding partnerships between industries and educational providers, educating students on postsecondary opportunities early and often, increasing the number of educational institutions with a commitment to cultural diversity and giving incentives to postsecondary institutions to increase their recruitment of minority Arizonans.

“By prioritizing the needs of these groups – and all adult learners – we can not only move toward meeting our attainment goal,” Yanof says, “but we can position Arizona for a healthy, just and prosperous recovery.”