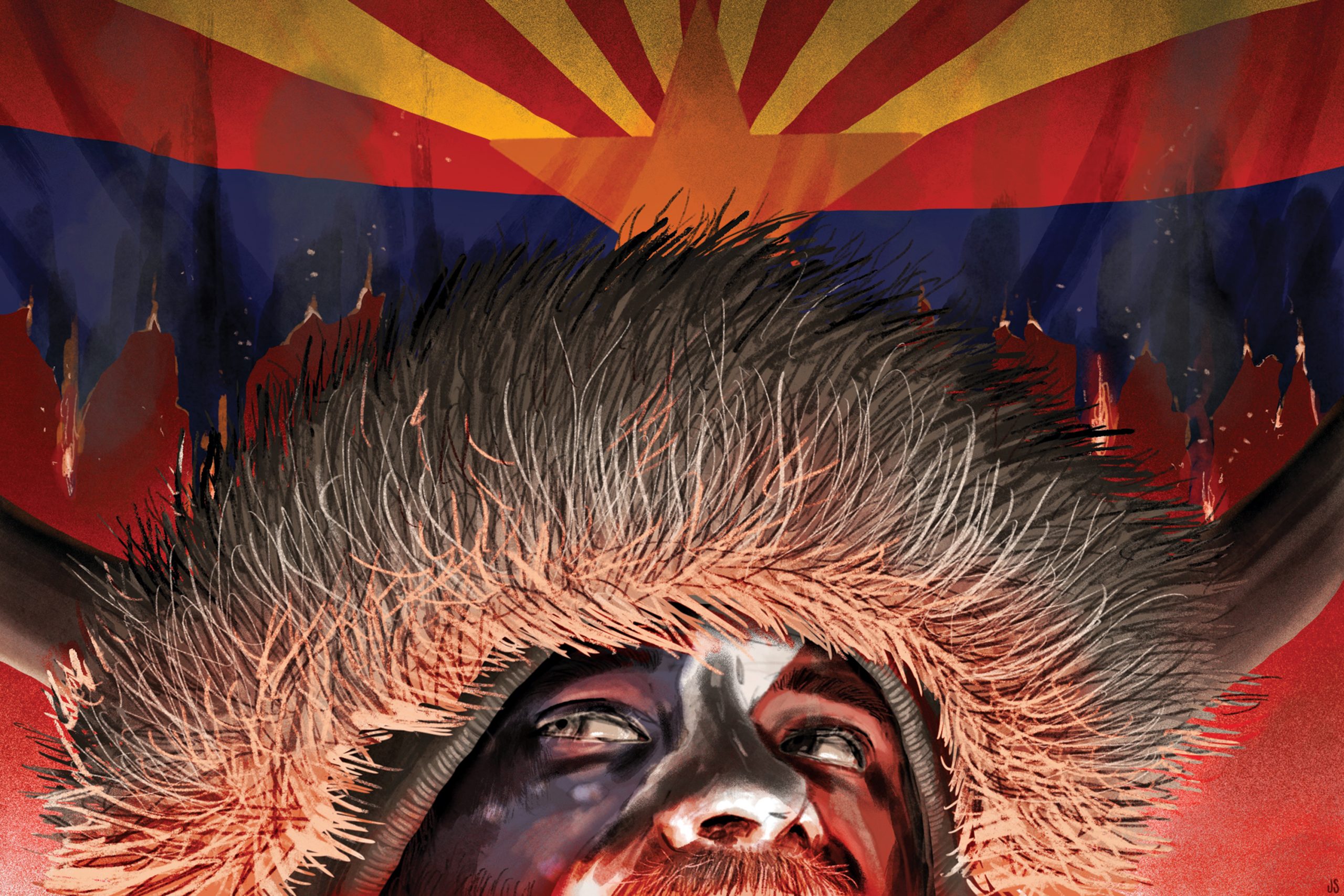 Our columnist picks through the aftermath of an infernal election season.

The other day, I found a copy of former Arizona Governor J. Fife Symington III’s personal recipe for crème brûlée.

I’m in the middle of an organizing project that’s become more akin to an archaeological dig – going through boxes of notes, public records, audio tapes and clippings, a rough draft of Arizona’s history over the last 30 years. Like much of what I’ve unearthed, the recipe surprised me; I didn’t realize I’d saved it.

But I remember years ago when Symington pulled out what looked like a tiny black briefcase, opened it and assembled a small blowtorch to add the final touch to the dessert he’d just made for me.

After leaving the governor’s office in disgrace, Symington went back to school, took a gig as a pastry chef at a local restaurant and later co-founded the Arizona Culinary Institute. I marveled then and now at the guy’s efforts to reinvent himself after being convicted of bank fraud. The conviction was overturned on a technicality and before the government could re-try Symington, his old buddy Bill Clinton pardoned him – the least he could do, since Symington famously saved him from drowning when the two were in college.

I love Arizona politics. You can’t make this stuff up. Without the crème brûlée, Symington would simply be remembered as a crook, instead of an iconoclast who whips up cream puffs alongside real estate deals.

The recipe rematerialized at a time when I was trying to organize my thoughts as well as my stuff, struggling to figure out how Arizona will be remembered when we put the 2020 election and its aftermath in the history books. Will it be the thousands of progressives from both parties who got out the vote for Joe Biden and Kamala Harris, or a single, shirtless man dressed in red, white and blue face paint and a horned helmet who stormed the U.S. Capitol in the names of QAnon and Donald Trump?

If we’re being honest, it will be both. And I hope we’ll remember another Arizonan, too, and the role he played in this mess.

As I was sifting through old press passes and story outlines, I found a memento from the 2008 presidential election, an invitation to the presumptive McCain-Palin Election Day victory party on the lawn of the Arizona Biltmore hotel. At first the campaign kept the press stuffed in a side room, but when it became evident as the evening wore on that this was no celebration, they let us out onto the grass and we all watched John McCain concede.

That was not the last we heard of the famed lawmaker, of course. He went on to serve in the Senate for many years, and when he passed away in 2018, he was celebrated for standing up to Trump. But as I wrote when he died, McCain’s real legacy was putting Sarah Palin on the national stage. As people close to McCain have noted since, he didn’t know much about Palin when he chose her to be his vice presidential candidate, and he was not a fan once he got to know her. But that didn’t matter as much as winning.

I get it, we all make mistakes when there’s something we really want. But this was an error of epic proportions with implications we may only be beginning to see play out. It’s not so hard to draw a direct line from Palin to Trump. Whether he meant to or not, McCain started a fire in 2008 that eventually engulfed the nation. Last year everyone from his widow to his closest political advisers worked desperately to put it out. Admirable, but is it enough? Clearly not, with the smoking embers that remained even as Biden took office – riots, conspiracy theories and talk of a radical third party.

And it’s not just Jake Angeli in his fur and tattoos. Three members of Arizona’s congressional delegation – Andy Biggs, Paul Gosar and Debbie Lesko – insist the election was rigged and remain deeply committed to Trump. Yes, Arizona has two Democrats in the U.S. Senate and narrowly elected Biden. But it remains a state that – like the nation – is deeply, dangerously divided.

Mementos are tricky. It’s hard to know what to save and what to toss out. Memories are the same. I won’t forget being impressed as Symington torched that crème brûlée, but I also remember that he was a convicted felon. I recall another governor, Janet Napolitano, who fought for kids and the environment but ultimately ditched the state for Washington, D.C., at a time we really needed her. Even Sheriff Joe Arpaio championed cats and dogs. And we can remember McCain giving the thumbs down on the Senate floor during the vote to repeal Obamacare – after setting the table for the Tea Party.

It’s probably best if we hold on to all of it.