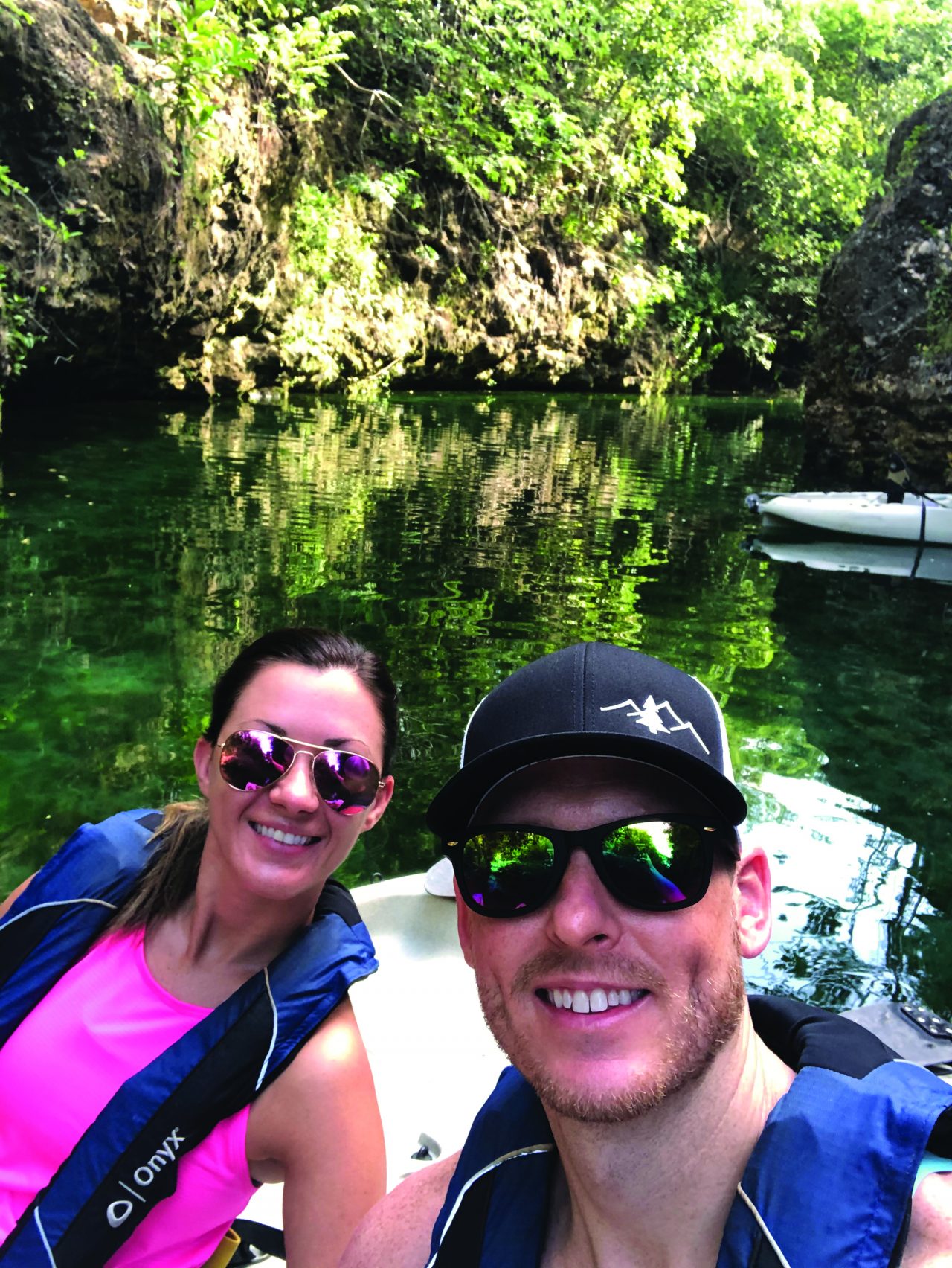 Robyn Patterson (née Moore) had planned a May 2020 wedding in Malibu followed by a honeymoon in France, Switzerland and Greece. Instead, she got a pandemic. Patterson, owner of Mack Media Relations, pivoted to a micro-wedding in Sedona with immediate family. “The original plan was to do a three-week honeymoon in Europe,” Patterson says. “We kind of rescheduled and planned for multiple honeymoons.” The first: Cancún in September 2020. Patterson had never been to the Caribbean side of Mexico before, but when she arrived in the municipality of Tulum, she knew she’d be back. The newlywed shared some of her favorite spots with us.

Raw Love Cafe
This vegetarian cafe is a popular photo spot in Tulum. “There was a line for 30 people to take a photo there,” Patterson says of the eatery’s entrance, a huge sculpture of a human with an open heart that people walk through. Many restaurants in Tulum are outdoors and make foodies feel like “they’re eating in the jungle,” she says. facebook.com/rawlovetulum

Mayakoba Lagoon
The lagoon is man-made and has the “most blue” water you’ll ever see, according to Patterson. “We saw crocodiles and every type of bird and fish.” She and her new husband, James Patterson, kayaked through the lagoon out into the ocean.

Gran Cenote
Patterson describes the Gran Cenote as a natural sinkhole connected to underground water. “In that part of Mexico, which is called the Yucatán Peninsula, I believe there are around 10,000 cenotes,” she says. They’re popular destinations for divers. cenotesmexico.org

Burrito Amor
This restaurant was one of Patterson’s favorites. The wide array of options, including smoothies, eggs, burritos and more made this place a frequent stop for the newlyweds. “The burritos were wrapped in a banana leaf that keeps them super warm,” she says. burrito-amor.com