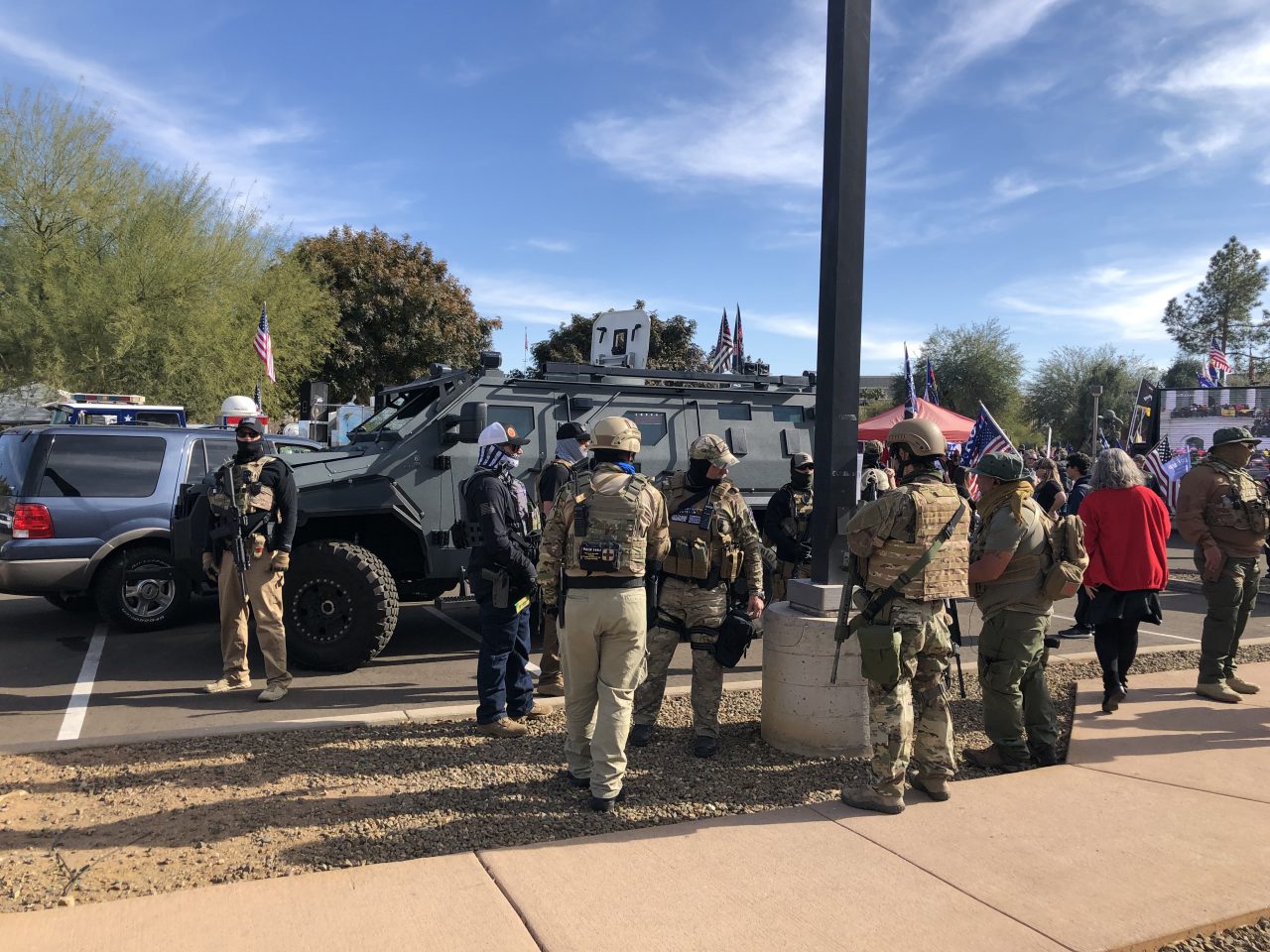 On Wednesday, January 6 – the same day extremist supporters of President Donald Trump rioted and overtook the U.S. Capitol building in Washington, D.C. as lawmakers attempted to count the electoral college votes from the 2020 presidential election – a group of several hundred Trump loyalists watched a live stream of the action on a jumbo screen outside the Arizona Capitol in Phoenix.

Following a peaceful morning in which the mild 60-degree weather lent an almost outdoor music festival atmosphere to the gathering (complete with three stages of varying sizes, set up like a mini-Trumpian Coachella), the crowd suddenly divided into two factions upon viewing the images coming out of Washington. On one side, the more mainstream conservatives, sometimes derided as “RINOs” – short for “Republican In Name Only” – occupying the main stage in front of the state capitol; and on the other, a more extremist-leaning group gathering by the smaller stage set up in the Wesley Bolin Memorial Plaza just across the street.

It was clear the mainstreamers wanted to distance themselves from the violence. On the main stage, Adel Belgaied, a 30-year-old tech entrepreneur from Scottsdale, tried to calm the crowd watching the action on the jumbo screen behind him. “I said the violence should have never happened,” he recounted later. “You should never use violence to get your beliefs across. We actually saw a picture of the people that stormed the Capitol and the first people who stormed it actually had Antifa marks on their clothes.”

Meanwhile, Tara Immen, a diminutive woman dressed head to toe in the American flag (flag shirt, flag pants, flag socks and shoes and a flag top hat with two small flags sticking out of it), began darting away from the main stage when Belgaied began denouncing the rioters in Washington, following the conga line of alt-conservatives heading to the plaza stage.

“Oh, I think it’s fantastic they’re storming the Capitol!” she enthused. “I personally love it because you know what? It’s how this country was built, the way our founding fathers stormed the British Empire, took them down. And I think that part has been so lost and we’ve forgotten where we’ve come from and what we were built on. The courage of the men that were willing to get arrested or shot for this country was a pretty amazing. So I think it’s great what’s going on!”

A man with a bullhorn surrounded by a local militia group in full camouflage gear, who would only give his name as Jason, began summoning the larger crowd in front of the Capitol to follow his makeshift procession to the smallest stage, set up in the parking lot around a group of food trucks.

“The Capitol has not been overtaken by extremists, it’s been overtaken by patriots!” he yelled, eliciting some angry responses from the pack. A man in a “Don’t Tread on Me” t-shirt and a “We The People” hat got in his face to tell him not everyone in the larger crowd were RINOs, stressing unity.

“Okay, but I’m hearing them condemning the action going on in Washington,” Jason countered. “The message they’re conveying is conservative establishment Republican. They’re the ones who closed your homes. They closed your businesses. They made you wear a mask. All the stuff that’s going on in the D.C. Capitol right now is because people have been told that they don’t have a voice in their leadership. People have been told your thoughts and values, your message does not count. You have no say. That’s why they’re storming the Capitol.

“But I am trying to keep from happening here,” he added, pointing across the street to the copper-domed building. “Because there’s plenty of people here who would like to break into that building and kick the s**t out of a lot of people who they think have coming to them. We don’t need that. What we need is a message that speaks to the conservative majority of this state.”

Apart from a couple of pro-Biden counter-protestors sitting across from the Capitol attempting to drown out the speakers with their own Boomer boombox (at one point “Think” by Aretha Franklin and “Ohio” by CSNY did battle against a re-worked version of “YMCA” called “MAGA” emitting from the food truck lot), the Trump crowd was pretty much on its own all day. Still, it was intriguing to watch a schism developing even among those all similarly draped in pro-Trump merch.

“The U.S. is being warned by patriots that this is another 1776!” she added, triumphantly. “So just enjoy!” 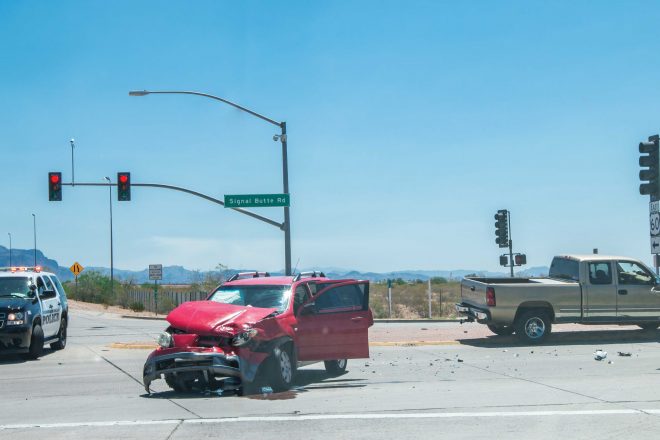 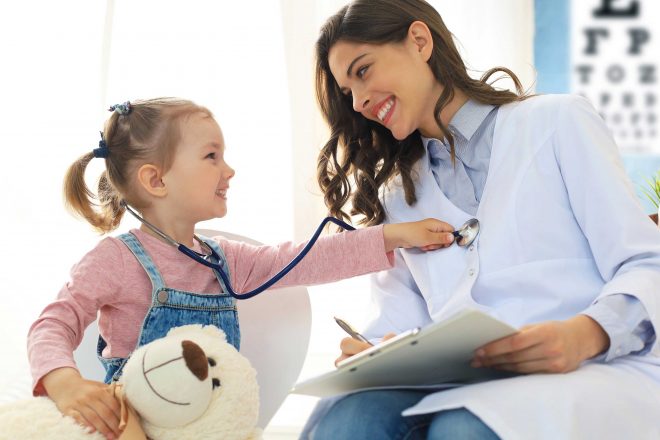 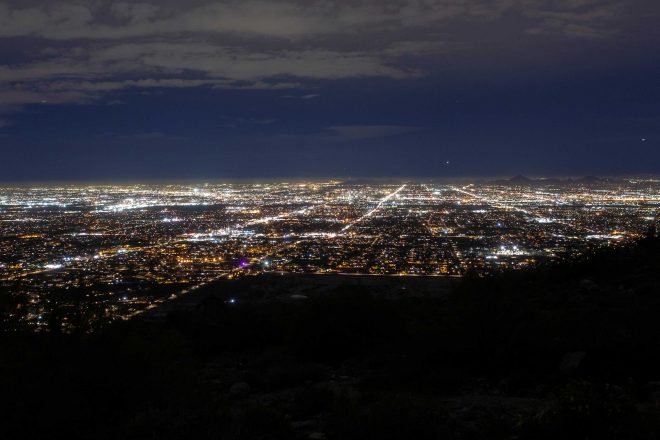