The Arizona Cardinals ended a three-game losing streak with a 26-7 win over the New York Giants in Week 14 thanks to a suffocating defensive effort and just enough competent offense. The win restores the team’s hold on the final wild card spot thanks to a loss by the Minnesota Vikings – and it tops our look at the five biggest takeaways from the weekend in sports.

Christmas came early for linebacker Haason Reddick and the Cardinals defense. The New York Giants gift-wrapped a mostly immobile Daniel Jones at quarterback and the Cards’ defense stuffed its stockings – and its stats – with eight sacks and four forced fumbles. Reddick led the way with five sacks, setting a new single-game franchise record. Three of those sacks resulted in lost fumbles, setting the stage for one of the most complete games the Cardinals have played in a long time.

Big Takeaway: The Cardinals somehow have the Giants number. For the second straight year, the defense manhandled a bad Giants offensive line. Chandler Jones had four sacks in last year’s game. Reddick bested that number in a game the Cardinals had to win to stay alive in the playoff race. Arizona faces a very mobile quarterback next week when Jalen Hurts leads the Eagles into Glendale in Week 15.

It was very nearly a perfect game for the Cardinals, except they still can’t seem to move the ball inside the 20 yard line. After linebacker Markus Golden scooped a fumble and returned it to the 9-yard line, the offense failed on four plays to score any points, getting stuffed at the goal line. One possession later, starting at the New York 38-yard line, the Cardinals could only muster a field goal from Mike Nugent. The good news here is Nugent made all four of his field goal attempts, perhaps supplanting Zane Gonzalez as the Cards kicker. The bad news is the offense struggles to find the end zone on short fields, but they appear to have an unlikely end zone favorite in tight end Dan Arnold.

The throw. The catch. @K1 always finds a way to get it done. #RedSea

Big Takeaway: It’s still very confusing why DeAndre Hopkins isn’t targeted on short goal line plays. D-Hop hauled in nine catches for 136 yards on 11 targets, but nothing near the end zone. The result was only two touchdowns for the Cardinals and four field goals. This game felt like it should’ve been a 40-point blowout the way the defense performed. The offense still doesn’t have a killer instinct inside the red zone.

The 70-7 Sun Devil win in the Territorial Cup is the most points scored by an ASU football team since 1969 and it led to the firing of Arizona Wildcats head coach Kevin Sumlin on Saturday afternoon. Before anyone could blink on Friday night, ASU had a 14-0 lead over its in-state rival and they never looked back.

Now THAT'S how you start a rivalry game 💥 pic.twitter.com/8QoiuEbzHR

Big Takeaway: ASU fans have to wonder what could’ve been in 2020 if the season wasn’t so derailed from the beginning. After a loss in the opening week, they weren’t going to play in any games that mattered, then had three straight weeks of COVID cancelled games. Friday’s destruction of the Wildcats unleashed all the potential that this sleeping giant is capable of. ASU  delivered a 70-7 final score on its hated rival – a number that both sides of the rivalry will never forget.

Arizona State senior point guard Remy Martin went off on Sunday for 31 points in ASU’s 71-70 win over Grand Canyon. None were bigger than the game-winning three-pointer he hit with nine seconds left in the game.

Big Takeaway: If ASU is really going to be a ranked team and lead the Pac-12 this season, they can’t be messing around and nearly losing to GCU. Give the Lopes credit: They’ve wanted this game for a long time and while they don’t have half the talent of ASU, they came prepared and were very nearly the better team on Sunday. Hopefully this is the beginning of a crosstown rivalry for years to come.

The Phoenix Suns lost their first preseason game Saturday night to the Utah Jazz. Devin Booker, DeAndre Ayton, Mikal Bridges and Langston Galloway all scored in double figures, but we’re not even going to pretend that we watched any of this game or any of the next three exhibition warmups coming up this week.

Big Takeaway: All you need to know is we’re saving the date for December 23, when the Suns regular season tips off at home against Dallas. It’s a nationally televised 8:30 p.m. start time on ESPN. That night begins a long holiday weekend for a lot of people, so it’s likely to have a lot of viewers tune in to see what this revamped roster with newly acquired point guard Chris Paul looks like. 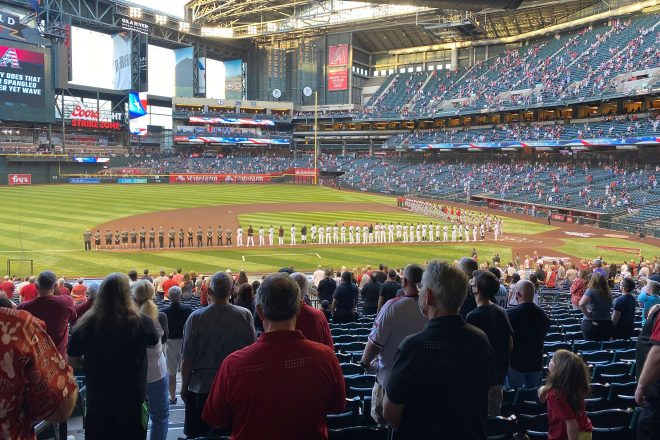 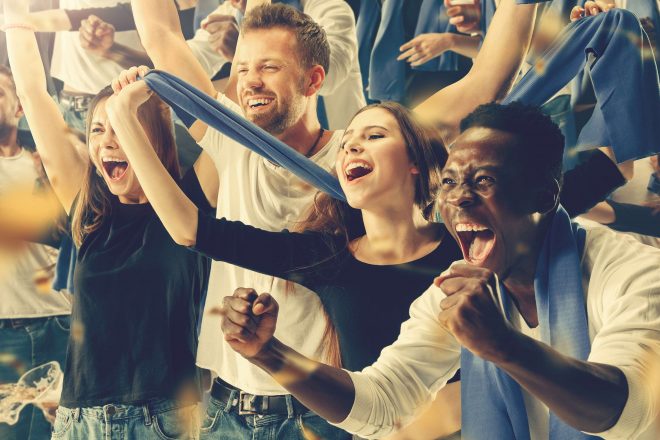 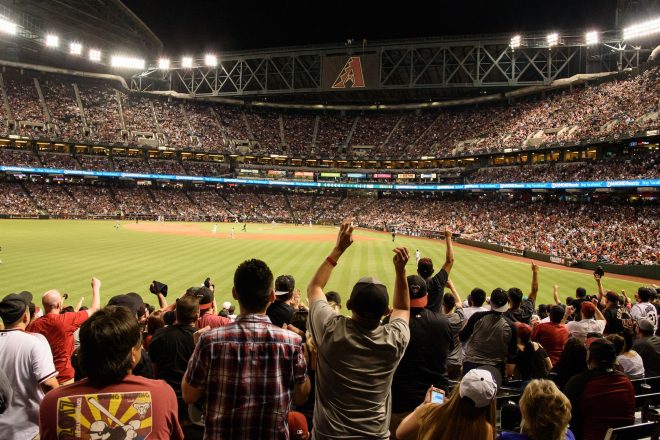