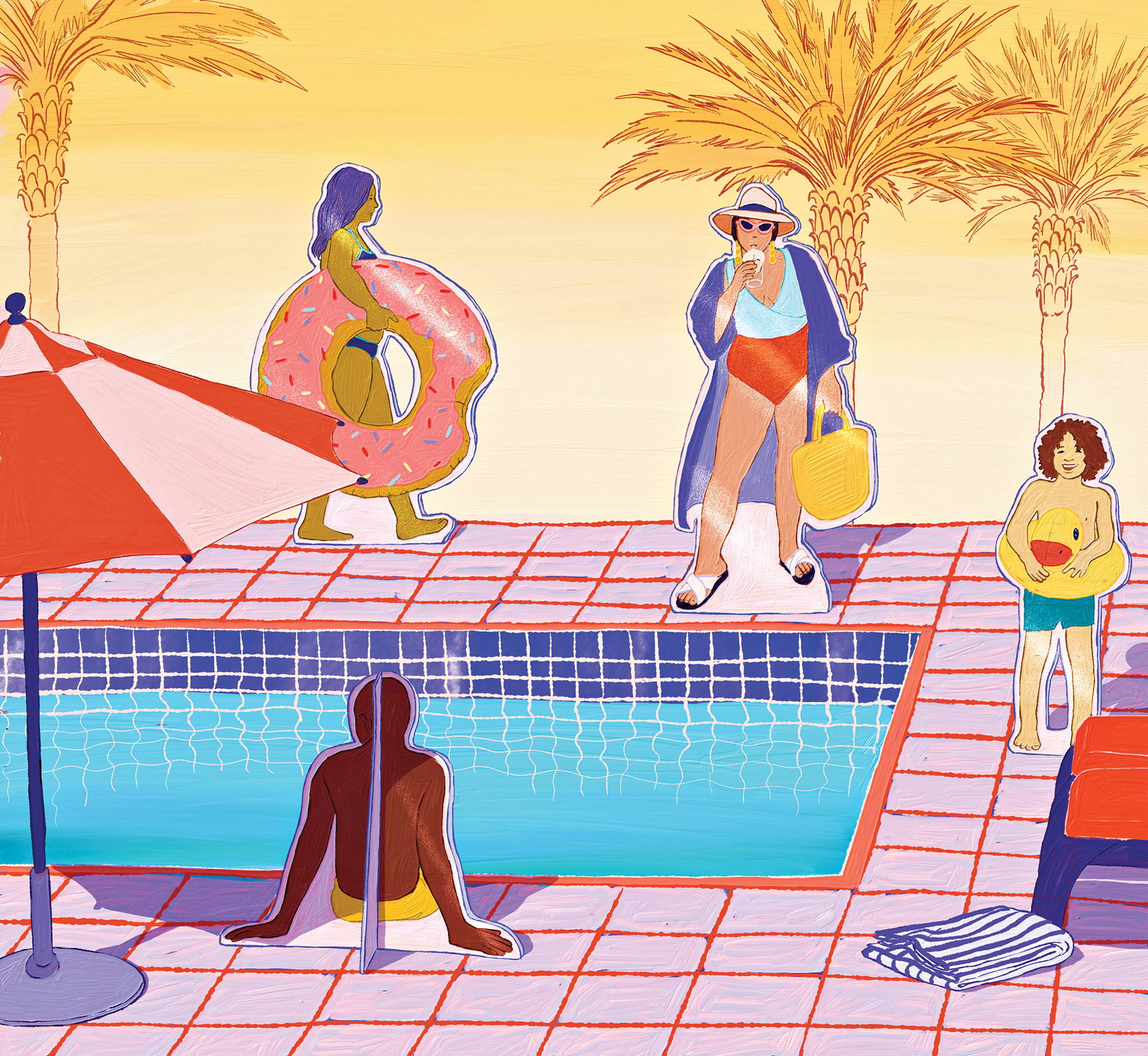 Most of the Valley’s big events are returning, but with limited attendance or “hybrid” live-and-virtual plans. Will out-of-state visitors come for our big-ticket events, or could we lose our tourism season?

Arizona has lost more than $10 billion in visitor spending in 2020 due to COVID-19, says Debbie Johnson, director of the Arizona Office of Tourism. And she’s not too optimistic about 2021.

“This is a loss of more than half of travel spending that occurred by this time in 2019,” she says. Arizona welcomed more than 10 million overnight visitors during each of the first two quarters of 2019 but dropped to half that in 2020. “If this trend continues, Arizona could lose $5.2 billion from February to May 2021, our highest tourism season.”

One thing that could help bring it back would be the return of the Valley’s perennial tourist draws – the Waste Management Phoenix Open, spring training and our outdoor culinary and music festivals. But all of those are currently up in the air, along with hopes for the Valley’s peak tourism season.

“We are hopeful that fans will be able to attend spring training games in 2021,” says Bridget Binsbacher, executive director of the Cactus League Baseball Association, which normally hosts more than 100 games featuring half of Major League Baseball’s 30 teams, bringing in fans from all over the country – the state’s single biggest driver of tourism revenue. In 2018, the Cactus League recorded $644.2 million in statewide economic impact, which it was halfway to bettering in 2020 when the season was curtailed in March. “But that decision rests with others,” Binsbacher adds, notably MLB and the state government. “Our No. 1 concern is the safety of all involved.”

The league’s ballparks may follow the lead of State Farm Stadium in Glendale, which began restructuring its stands in September to test health and safety protocols for Arizona Cardinals football games. “We’ve built seating ‘pods,’ which allow family, friends or groups… to sit together while maintaining that 6-foot distance between anyone else,” stadium manager Andy Gorchov says. “We’ve also started the process of converting all the fixtures in the stadium restrooms to touch-free, and we’re converting all our food and beverage providers to completely cashless operations.” They’re also “looking at technologies related to air purification.”

Other large crowd-drawers like Barrett-Jackson Collector Car Auction and Waste Management Phoenix Open will cap attendance to their respective core audiences of serious bidders and golf enthusiasts. While that could bring back longtime visitors who’ve soured on the growing party at those events, both are bracing to take a hit. In 2018, the last year the WMPO tracked attendance, more than 700,000 people showed up. This year they’re expecting about 10 percent of that.

“I think it could just be the best of both worlds,” says hopeful tournament chairman Scott Jenkins, who canceled construction of the 16th hole skyboxes in September but plans on building “limited structures” to accommodate a smaller, socially distanced turnout. “To those that maybe have stayed away because of the crowds, I can guarantee you that there will not be the same crowds this year. But those that do come out to enjoy the energy and fun will still get some of that.”

In October, Barrett-Jackson tried a scaled-down auction at WestWorld of Scottsdale, limiting attendance to bidders, consignors and their guests, but at press time were unsure whether they’d repeat that model for their blockbuster January auction. “We have not yet finalized plans,” says marketing vice president Megan Jones.

Some events that went virtual in 2020 are exploring “hybrid events,” which combine limited-attendance live events with virtual components. Scottsdale Arts Festival, normally held in March at Scottsdale Civic Center Park, will go forward in March 2021 with “a reduction in artist participants so that we can properly distance their booths and prevent crowding,” says spokesperson Virginia McInnis. The grounds will include plexiglass barriers, contactless purchasing and “augmented reality activities.” Event director Jamie Prins says they’ll likely repeat 2020’s stopgap solution of featuring artists’ work online. “We received feedback from several artists that some did sell some pieces given the additional web traffic,” she says.

Other events, like the Innings Festival planned for February at Tempe Beach Park, Scottsdale Culinary Festival in April and Arizona Renaissance Festival, typically held February through April, are taking a wait-and-see approach. “I wish I could wave a magic wand from one of our craft shoppes and let you know the plan,” says RenFest marketing director Sanja Malinovic. “But it is still in the works.”

Too many canceled events threaten the state’s economy. “Reduced Valley visitation during the first two quarters of the year has the largest impact of any time during the year,” says Johnson. “Consider that 61 percent of taxable lodging sales in Phoenix and the central region occur in quarters one and two and that Maricopa County alone accounts for 62 percent of travel spending in Arizona. This impact measures not only ticket sales, but also the numerous other activities visitors participate in while here, such as hotel and resort stays, dining out at restaurants, golfing, shopping and taking day trips.”

That also includes profitable side events scheduled alongside main attractions. While the Fiesta Bowl will likely take place with a limited audience at State Farm Stadium in January, organizers postponed the kickoff luncheon thatis held the preceding summer, where VIP tables for 10 usually sell out at $8,000. “We had [legendary football coach and player] Steve Spurrier scheduled as our speaker,” says spokesperson Scott Leightman. “That could have been a 1,000-person event.”

Even if all major Valley events are hobbled or canceled in 2021, there’s still one tourism driver we can depend on. “The most obvious factor during these months is our amazing weather,” Johnson says. “When much of the rest of the country is cold and often snowy, Arizonans and our visitors are wearing shorts and sunglasses and enjoying cool beverages in the sunshine.”

> Barrett-Jackson, Jan. 16-24, WestWorld of Scottsdale
Undecided at press time. Admission may be limited to bidders, consignors and their guests.

> Devour Phoenix, Feb. 27-28
“The Devour Culinary Classic will return on February 27 and 28 with a one-weekend-only, three-course dining experience for foodies to enjoy at home,” says Maria Lopez of organizers Local First Arizona.

> MLB Spring Training
Dependent on decisions from MLB and Arizona Department of Health Services. “Cactus League Baseball Association is in constant communication with stakeholders to ensure that our 10 ballparks are prepared for any eventuality,” says league executive director Bridget Binsbacher.

> Country Thunder, April 8-11, Florence
On, according to CEO Troy Vollhoffer. “We can’t wait to come back to Florence and kick this thing up a notch.”

> Maricopa County Fair, mid-April, Arizona State Fairgrounds
Hybrid event, live and virtual. “Our world has changed, and so we’re adapting to whatever we need to do to be able to have an event,” says fair director Karen Searle.