Call them what you will – silver linings, breaks in the clouds, bright sides. But COVID-19 gives us things as it takes others away.

Details we never noticed. Hard truths revealed. Stress-dampening amusements we never would have have tasted, drank or watched otherwise. Across our shared journey, the virus also teaches us much about our communities, ourselves and the world at large. Here, eight Valley residents reflect on their respective pandemic lessons, from the whimsical to the profound, each one a small but significant port in a mighty global storm. 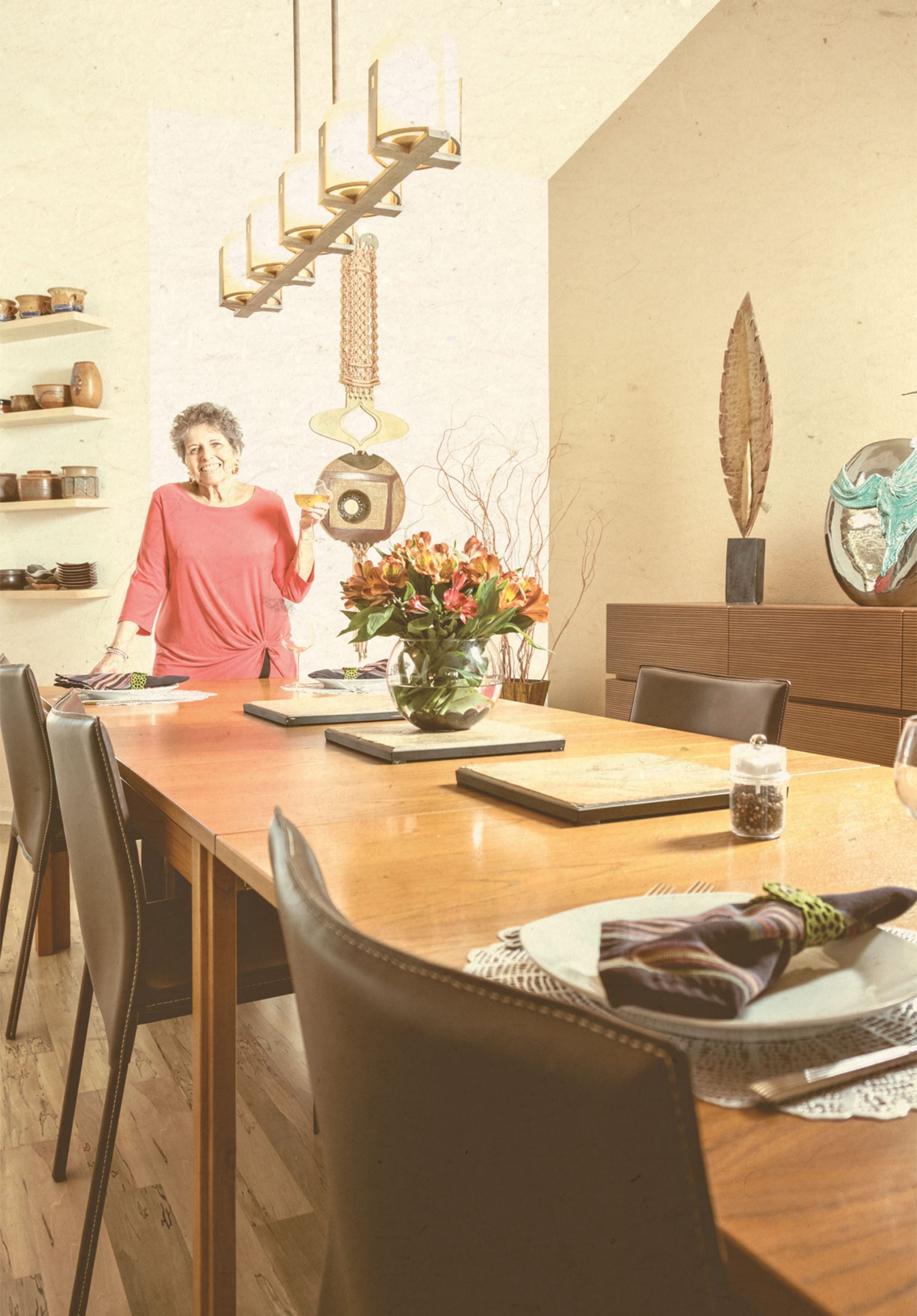 White hair is kind of pretty.

Esther Schatz’s days were filled with canasta games with friends, family parties and her Lifelong Learning Club meetings. “Then the pandemic reared its ugly head,” the Goodyear resident says. “Life changed.” Schatz discovered Zoom, on which she celebrated her 80th birthday, participated in lectures, read books to her grandchildren and, sadly, even attended the funeral of a dear friend. Once a week, she puts two leaves in her dining room table and she and her husband, Carl, order takeout and have a socially distanced dinner with friends. On a recent morning, Schatz got her first professional haircut after trimming her ’do at home for months. Many of her friends have stopped dyeing their hair, which led her to the realization that ivory-hued locks are beautiful and should be embraced. “White is kind of pretty,” she muses. What does she miss the most about her pre-pandemic routine? “The face-to-face, hugs, just hanging out,” she says. “No Wii bowling and dinner afterward, no theater, concerts, film festivals.” Despite her positive perspectives on natural hair and navigating Zoom, Schatz says she is frightened for the future. “I pray that this will change,” she says.

Empathy is a superpower, not a weakness.

The owner of Phoenix-based catering company Benyaz Kitchen experienced a lot of growth amid the pandemic. She learned that planting rosemary and thyme is a therapeutic process that takes time and patience, a newfound hobby that reminds her of her family in Texas, where her parents tend a burgeoning backyard garden featuring a sprawling cabbage patch and a small peach tree. “They amaze me every time we FaceTime and I see how big the crops have grown,” she says. “It’s always the first part of our conversation because I know it makes them so happy to share what they have done.” How to harvest herbs wasn’t the only thing Ogero learned in the last six months. In the wake of the George Floyd protests and Black Lives Matter movement, she felt compelled to help her community in impactful ways, so she focused on feeding homeless people in Downtown Phoenix. She taught herself how to harness her intuitive empathy, a trait she sees as a strength, not a liability. “I believe that whatever superpower that’s on the inside of us manifests on the outside to bring the greater good to our community,” she says. 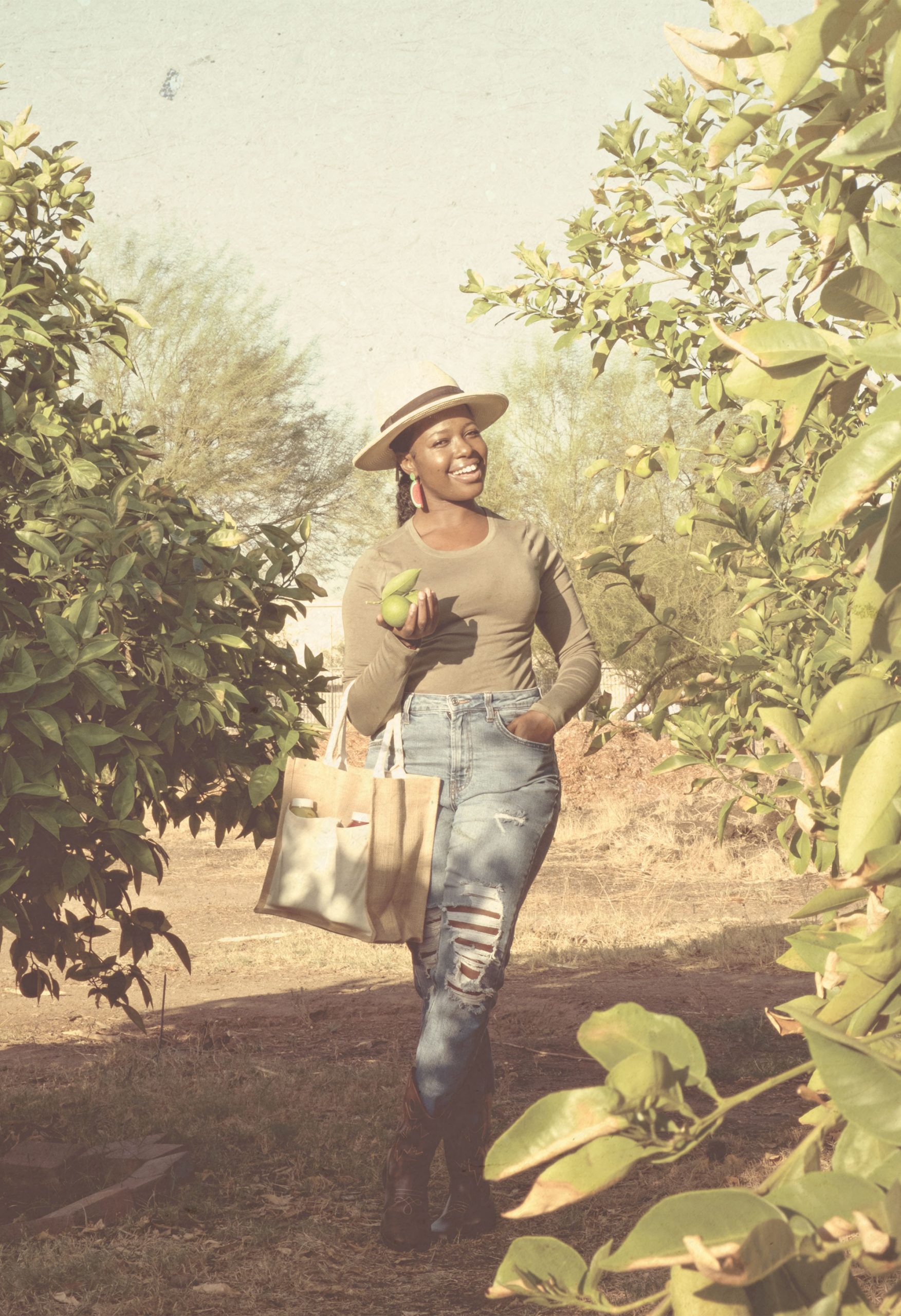 Ogero at Garden of Tomorrow in Phoenix; Photo by Mirelle Inglefield 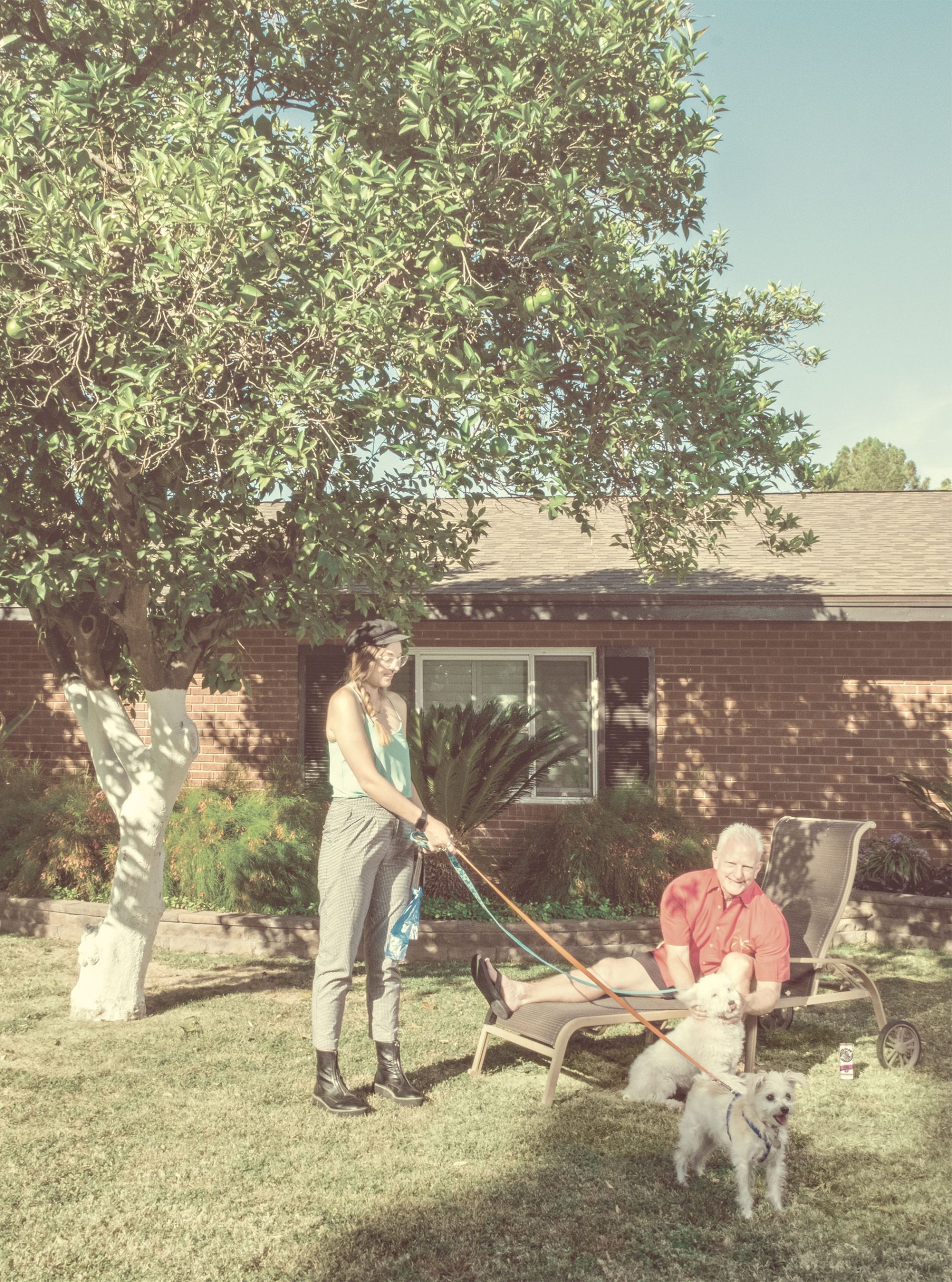 Dogs are the best people-watching.

“The challenges faced in both my professional and personal life in the past six months have been a lot to manage through,” says Scottsdale publicist Eric Butruff, who was diagnosed with prostate cancer in July and finished up his radiation treatments in early September. “Now I wait and pray the treatments worked.” For Butruff, dealing with a health crisis and a quarantine simultaneously accelerated the shrinking effect experienced by many of us over the past few months. For one, he found himself leaning on his wife, Susie Timm, with whom he owns Knife & Fork Media Group. “She’s been great and super supportive the whole way, and for that I’ll be forever grateful and appreciative.” Butruff also experienced a renewed appreciation for pastimes and small pleasures. He rediscovered his love for reading, watched several seasons of Yellowstone, Longmire and Bosch, and stayed active by playing golf and tennis. He also tried his first White Claw amid the pandemic (though beer is still his go-to adult beverage) and took notice of little things in his neighborhood, like the sheer volume of pet canines in his condo community. “I’ve seen their owners out walking the dogs during the day that I wouldn’t have normally been home to notice.”

You can do anything online… even dance parties.

In mid-March, with most bars closed for the foreseeable future, 3TV reporter Javier Soto unleashed his inner club kid, discovering New York City-based DJ D-Nice’s Club Quarantine. “Every night and weekend, D-Nice threw down sets of ’70s and ’80s disco/funk, R&B and old-school hip-hop via Instagram Live for hundreds of thousands of people shut in.” Like other cooped-up party people, Soto and his wife, Beatrice, turned their kitchen into a dance floor, accenting the fun with the newsman’s other recent discovery: tequila. Every weekend, the Sotos tested everything from Don Julio 1942 to Dwayne “The Rock” Johnson’s brand, Teremana. What’s the new agave spirit savant’s secret? “Instead of chasing the tequila with a lime, use an orange slice sprinkled with cinnamon,” the nascent connoisseur says. “It brings out the taste and makes it go down so much smoother.” Soto’s virtual soirées brought levity to his work life, where he often reports on heavy topics. The story that left the biggest impression on him was the Rios family from the West Valley, who followed coronavirus safety to the letter. “However, like so many Latino families, they lived in a multigenerational home and had no idea the virus would… run rampant throughout their entire family,” Soto says. The grandfather, Manuel, got it the worst, dying in the hospital just days after diagnosis with no one allowed by his side, not even his wife of 63 years. “[It] made the pandemic real, making me realize my sacrifices and pain paled in comparison with the pain the Rios family felt and so many other families just like them who lost a loved one.” 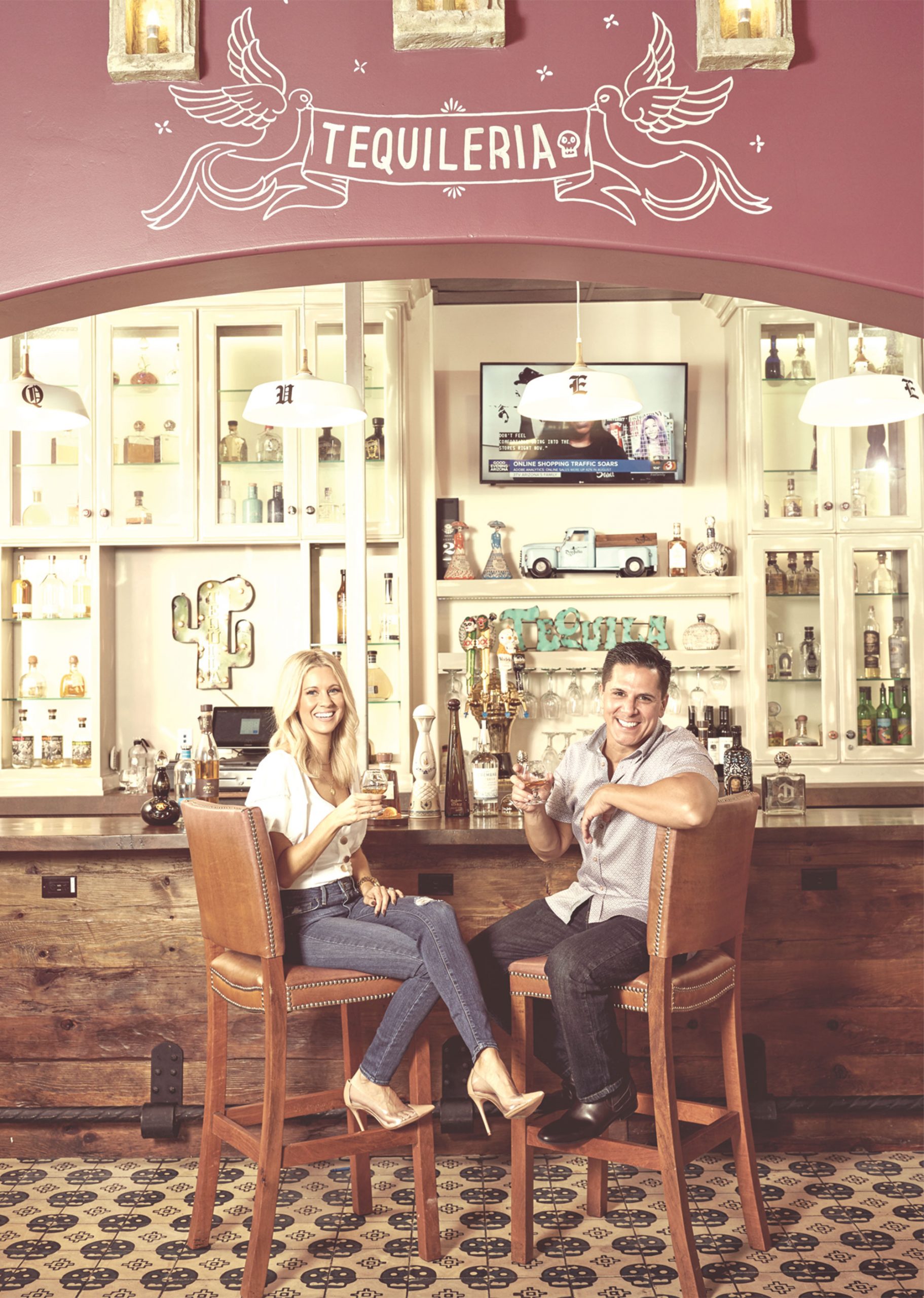 Javier Soto and his wife, Beatrice, at Barrio Queen; Photo by Camerawerks 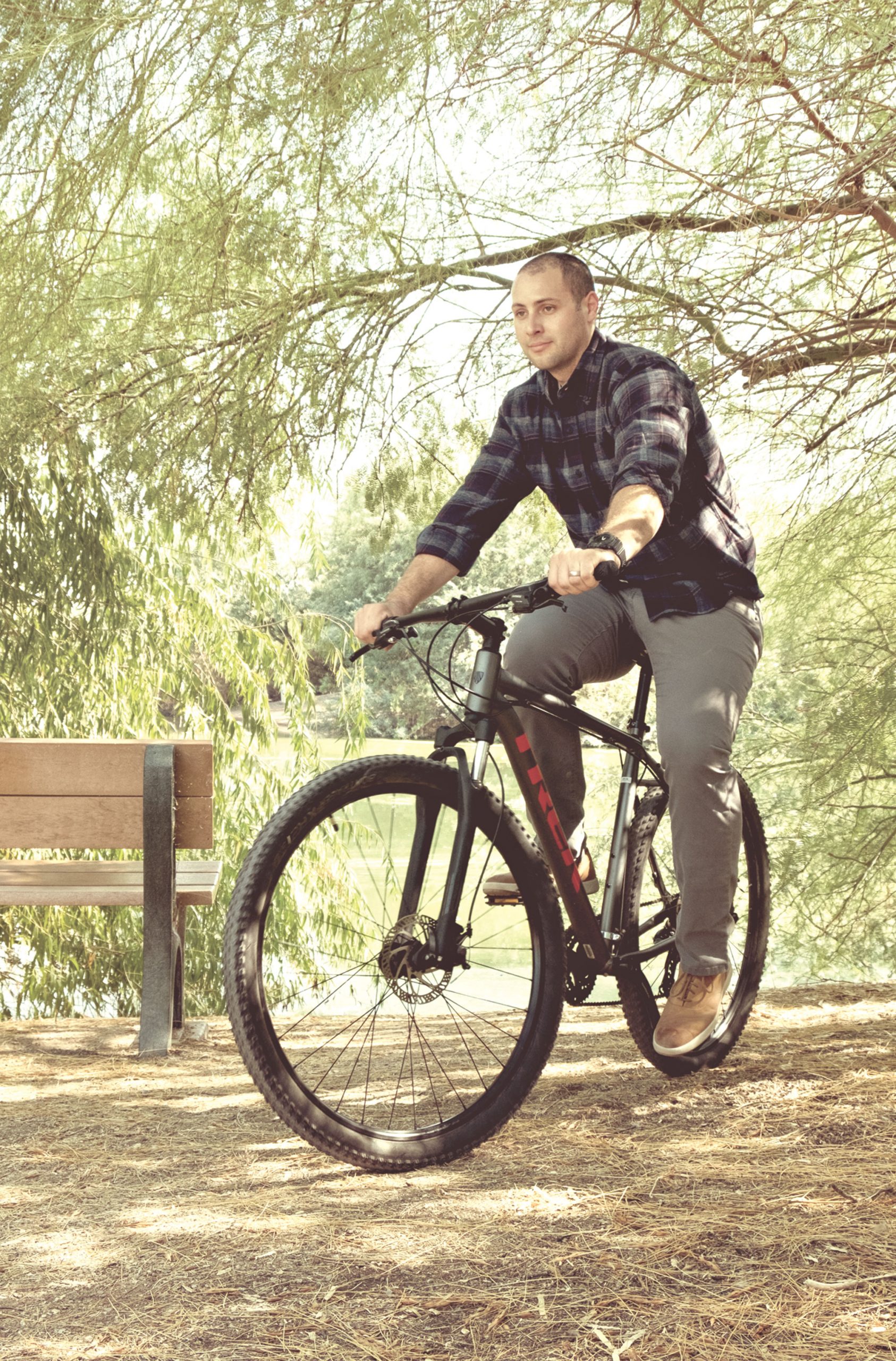 Biking is the bomb… even in the summer.

By night, you can you can find Nick Scharnitzke cruising the streets of Chandler in his patrol car. During the day, the 28-year-old East Valley beat cop trades four wheels for two – coasting along Phoenix’s extensive canal system on his bike. He recently purchased bicycles for himself and his wife, Ashley, to stay healthy and enjoy more time together, which he would’ve put off if it weren’t for the pandemic. “It was something we had talked about for a long time, but had never gotten serious about,” he says. Another pandemic discovery: Proof Bread. The Scharnitzkes took such a shine to the Mesa bakery’s sourdough that they no longer buy loaves from the grocery store. “We introduced family members to Proof Bread and not only do we all love their products, but we love supporting family-owned Arizona businesses,” he says.

Who does a first responder turn to when they are struggling? “Most people do not realize that mental health therapists are actually first responders, and even first responders to first responders,” says Phoenix-based therapist Trisha Kelly. She believes the importance of mental health was previously undervalued and that the pandemic created a newfound awareness of the significance of emotional well-being and decreased the stigma of seeking help. Therapists served as essential workers for this systemic awakening. “My hope is that people will reach out for the support during this time of uncertainty and utilize it to invest in themselves,” she says. One of her biggest lessons was how to lean in to being still, a difficult exercise for a former ballet dancer and self-proclaimed “recovering overachiever.” Kelly’s quarantine included watching documentaries, reading books, journaling and other mindfulness-based activities such as puzzles and home projects. “Normally, I would not allot myself the time to fit these in,” she says. “I am grateful for the space to live a simpler life.” 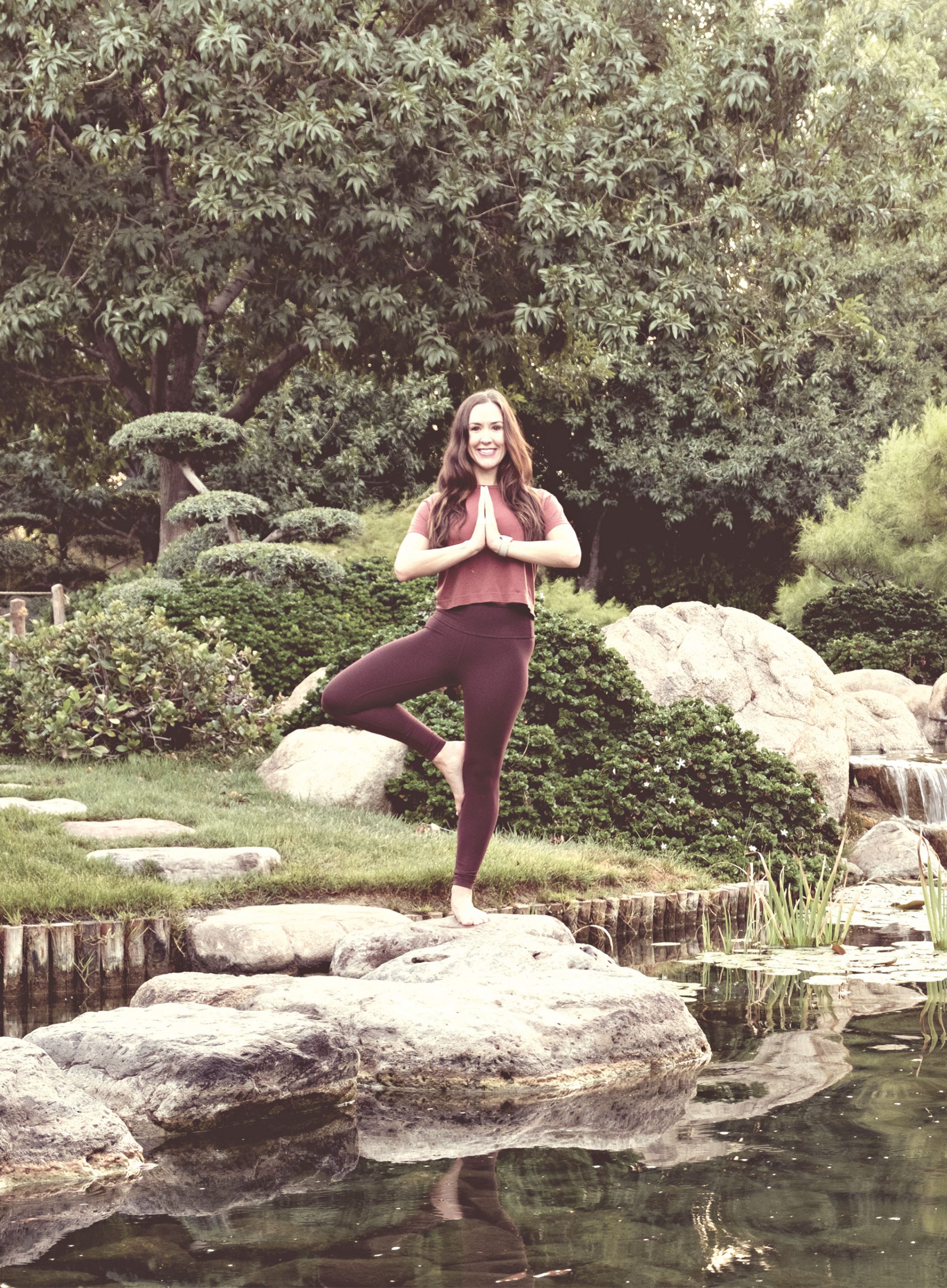 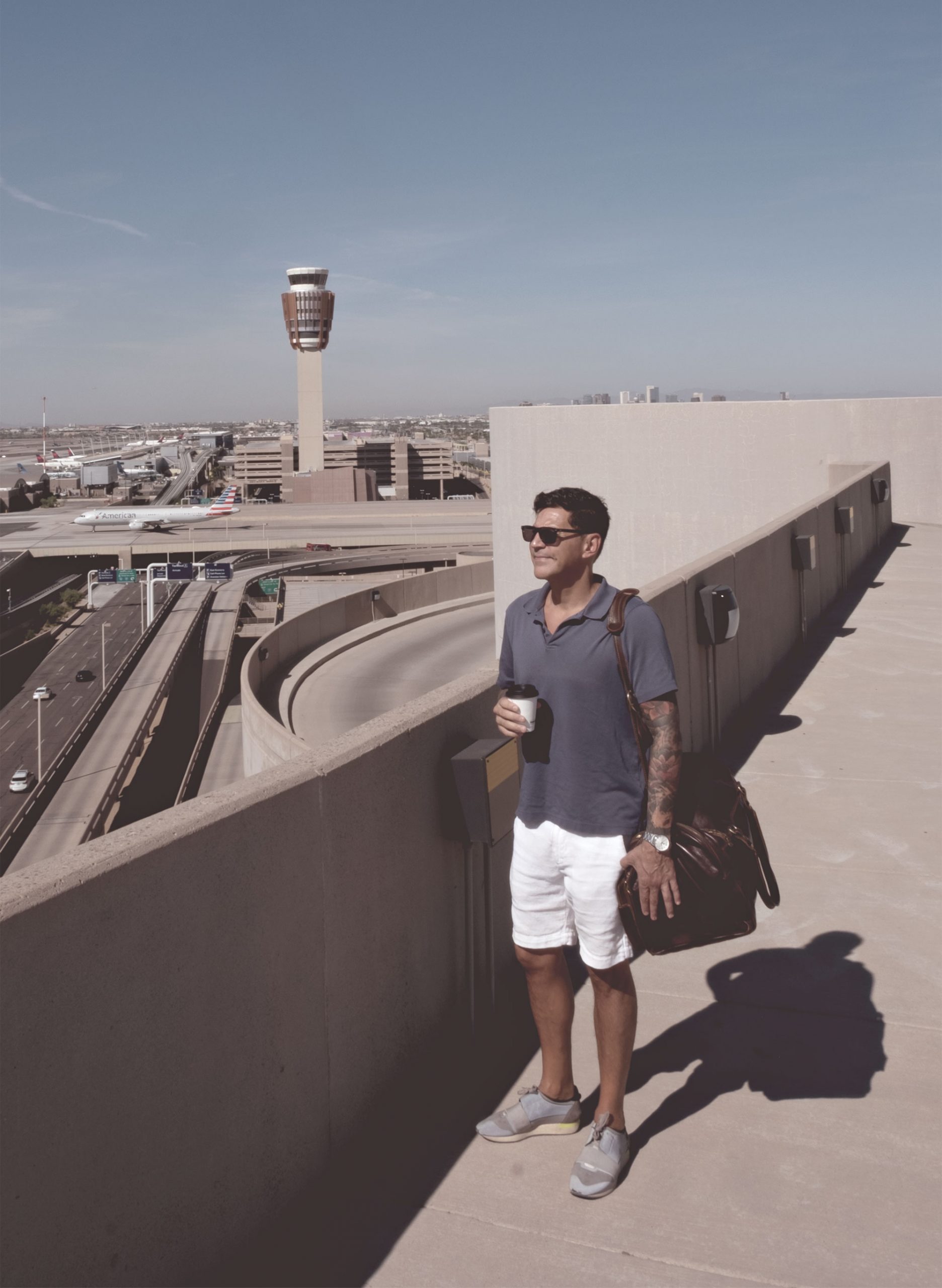 Supply and demand is indeed a thing.

Toilet paper and hand sanitizer were famously scarce during the pandemic. Airline seats, not so much. Due to the lack of demand, avid traveler Richard Gaxiola feasted on drastically discounted flights to a variety of locales. “I scooped up four international trips and one domestic flight for pennies on the dollar,” the criminal defense attorney says. When he’s not hopping on a plane, you can find the Gaxiola Law Group principal in his newly purchased infrared sauna, which he began “using religiously for meditation and overall health.” Other than that, he says his routine rarely changed. “I awoke early each day and ran with my dogs, worked out at my home as I never liked gyms and went to my office, meetings and jails each day to work on cases and meet with clients,” he explains. He didn’t even miss a beat when courts shut down and all appearances went virtual. “I [had] just returned from Tulum and North Carolina and Malibu before that,” he says.

Some hobbies stick, others don’t.

Not even a global pandemic could slow down Chelsey Louise, who fronted Phoenix rock band Fairy Bones until it disbanded in June. Like so many others, she pivoted. Now, the Tempe resident manages other musicians under the moniker Poor Life Choice. As it turns out, backstage is where she belongs. “It really sank in that I was meant for this when my mum informed me that she always knew I’d be a great band manager,” says the singer and guitarist, who inherited a slight British accent from her Londoner parents. “Someone should’ve told me earlier.” She currently represents local acts like Sydney Sprague and Taylor Sackson. However, not all of Louise’s pandemic pastimes were such a success. “I also tried needlepoint for about half a second,” she says. “I do not recommend it.” Her family, friends, five dogs and favorite Adult Swim shows have been her pillars of strength amid the pandemic. “I heard the creators of Rick and Morty are ahead of schedule for the new season, so that’s really inspiring news in general,” she says. “If they can do it, I guess we can, too.” 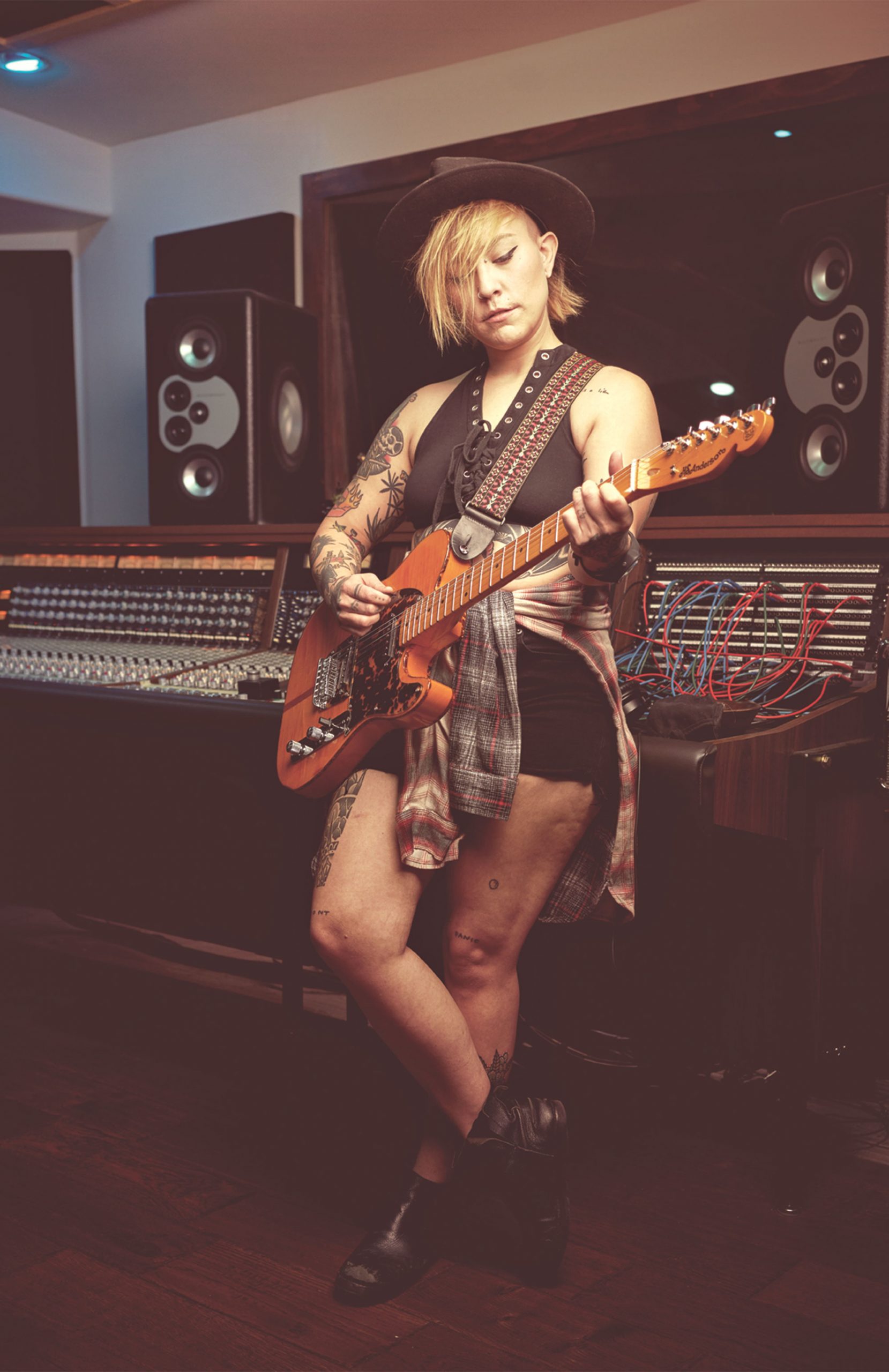