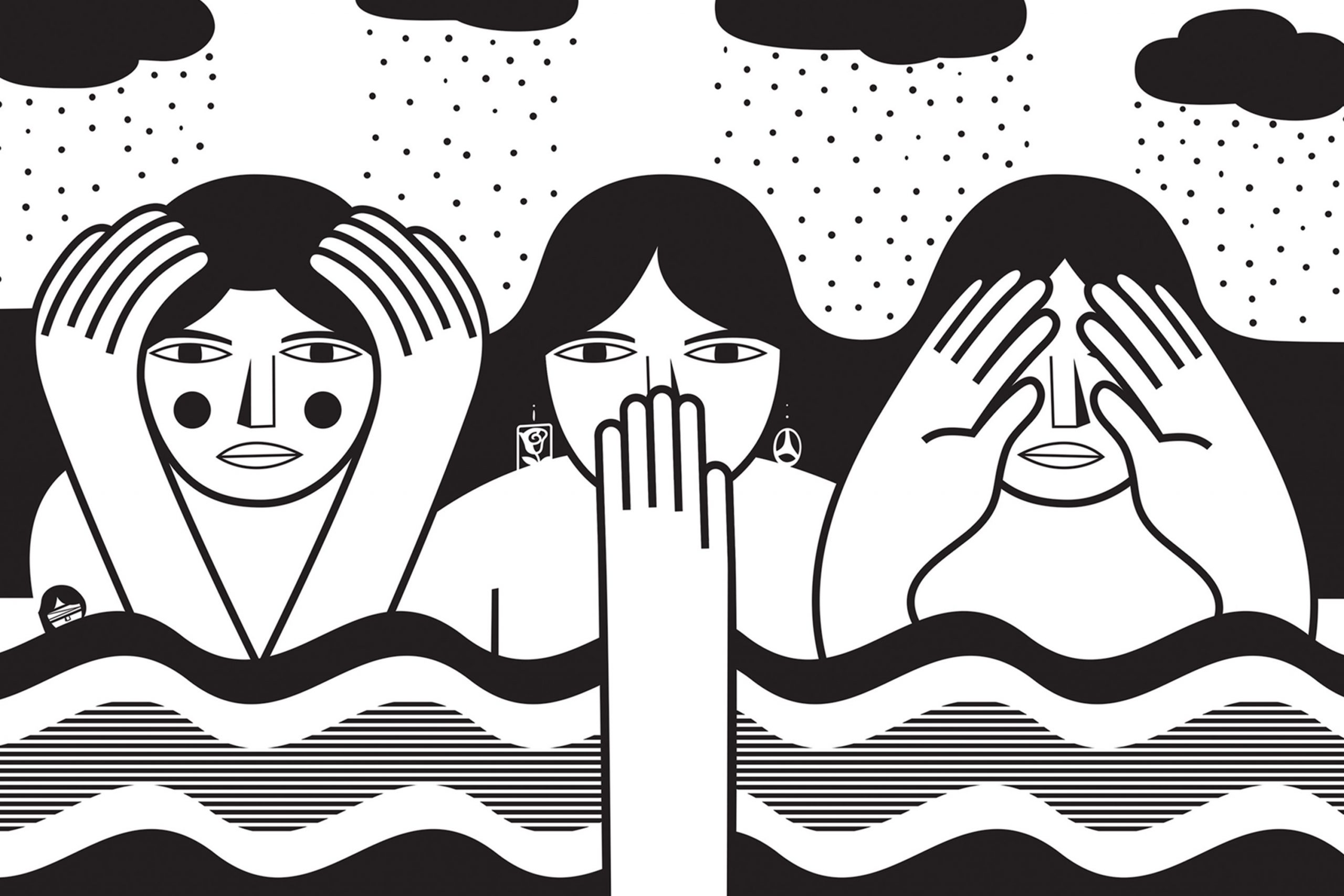 What do you do when your favorite artists, comics, filmmakers, et al, break bad?

I need to find my parents a Christmas present.

Not for this Christmas, although I suppose I should start thinking about that, since Costco has had a holiday display up since August. No, I’m talking about a replacement for the gift I gave them last Christmas – a print by the Fortoul Brothers.

I was so excited to find it. I’d coveted the Fortouls’ work for a long time but couldn’t afford an original by the duo. Their iconic imagery – simple figures always rimmed in heavy black like perfectly applied eyeliner on an otherwise naturally beautiful woman – was everywhere, on the side of Arizona State University’s design school, on bandanas and T-shirts at indie boutiques, even wrapping light rail trains. Tuft & Needle had recently announced its first artist collaboration, a cream and black blanket with a Fortoul Brothers design.

The bold, spare shapes are like catnip, irresistible and accessible, with cultural inferences that are hard to pin down – do the figures have Mexican roots, or Native American, or Colombian, like the artists? No matter. By the end of 2019, they felt deliciously unique to Phoenix, and it seemed as though the work of the Fortoul Brothers was filling a long-empty void in the city, branding us like Milton Glaser’s “I Heart New York” campaign or the Welcome to Las Vegas sign. We don’t have a Golden Gate Bridge in Phoenix, or a space needle or an arch. Camelback Mountain is tough to draw, and in meta ways this city is even harder to depict, a giant suburb pretending it’s not a desert, with more Midwestern trees than cacti and an identity crisis that many local journalists, me included, have long explored.

By last Christmas, I’d given up on owning work by the Fortouls or being able to give it as a gift, until I spied a stack of prints on a table in the back of the studio of a ceramicist who opens her North Phoenix home every holiday season to a select group of local artists. I snapped up a large print of one of the Fortouls’ classic figures, an androgynous face poking out from behind peacock blue leaves, holding up one hand in greeting – or maybe surrender. I paid extra to have the print framed and checked that gift off my list.

Today, like a lot of people, I feel uneasy at the sight of the Fortouls’ work and worse at the thought that I supported these men, financially or otherwise.

This is an opinion I don’t express lightly. As a general rule, I’m not a fan of cancel culture. I prefer to see decisions made in a court of law, rather than the court of social media. But I find it impossible to look away from the women who came forward this summer to talk eloquently and in detail about how Isaac Fortoul treated them, and it’s hard to not feel a little bit responsible, having ignored vague rumors for years, which now have names attached and witnesses and a pattern of reportedly disgusting behavior over many years.

I wonder, if I hadn’t been so enamored with their work, would I have taken those rumors more seriously? Would other journalists in town?

In ways, the Fortouls’ great success both protected them and made them targets. I can name two dozen Phoenix artists who have more talent, but these two figured out how to commercialize their work, taking Andy Warhol’s advice to Basquiat and painting the same thing over and over. And that makes it particularly painful for some of Isaac’s accusers, who have described having to look at their prominently placed murals every day.

Many of the Fortouls’ murals have been painted over or altered. Practical Art, whose owner Lisa Olson sold me that print at Christmastime, no longer sells the Fortouls’ work, and made donations to a women’s shelter after the allegations arose. Tuft & Needle cut ties, Phoenix Art Museum is not working with the Fortouls and ASU’s Latino Architecture Student Association, which had invited them to paint a mural on campus, immediately removed it.

I tried to reach the Fortouls, messaging them through their website and requesting to follow them on their private Instagram account. Crickets. They did release a statement to The Arizona Republic in June that called the allegations “unfounded and false” and did nothing to ease my mind.

I don’t want to cancel the Fortoul Brothers. This is a cautionary tale for the Phoenix arts community and beyond, and for that they must be remembered. I would like to see the allegations go through the proper law enforcement channels with the perhaps naïve hope that justice will be served. Instead of the end of a conversation, this should be the beginning.

But as much as I once loved it, I also don’t want to be around the Fortouls’ work. The women who came forward deserve better, and so does Phoenix.