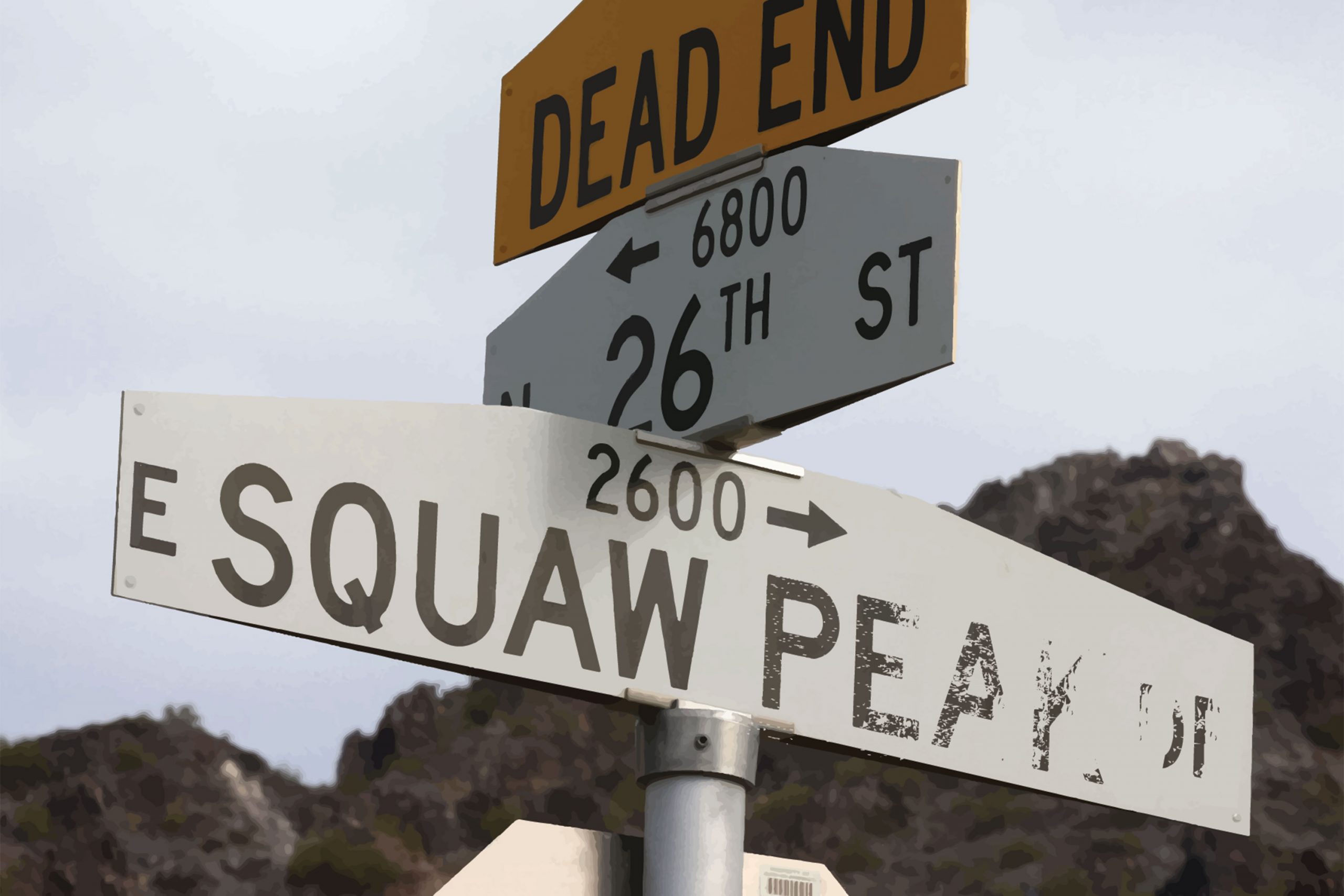 The Valley is no stranger to name controversies. Think: the mountainous battle over Piestewa, née Squaw, Peak, and the current effort to secede from Robert E. Lee Street in North Phoenix. Now, the effort to correct problematic monikers is venturing into the hinterlands.

“There is no place for sexism or racism in nature,” says Christa Melde, co-founder and board director of Arizona Women’s Climbing Coalition, a community of female rock climbers who advocate for diversity and inclusivity in the sport. The group is crusading to have marginalizing route names changed throughout the state.

“In rock climbing, it’s tradition that the person who first ascends a route, or the ‘developer,’ gets the trophy of naming it,” Melde says. This typically isn’t done through official channels unless the sites are in national parks. Names are formalized in the climbing community when listed in guidebooks and on websites such as mountainproject.com.

While most developers avoid crude language when dubbing their conquests, there are exceptions. “The sexist ones are the most common,” Melde says. “There are routes named Date Rape, Wife Beater and Tainted Teen.”

She also alleges racist names, though many appear to be colloquial, and not part of guidebooks or other literature. Melde acknowledges the slippery slope of the term “offensive,” which is personally defined. “If it’s a route name that specifically marginalizes or might deter a particular group from climbing it, then it needs to change – not just because it’s merely offensive.”

There is no official renaming process, but Melde says federal forest officials are working with climbing organizations to create a road map. AZWCC hosted a virtual town hall with developers and posted an online survey for the public. “About 170 people filled it out, and 73 percent agreed that marginalizing route names should be changed. One of the other questions we asked was, ‘What’s the most ethical means to change a route name?’ The consensus was to give the first ascensionist an opportunity to voluntarily make the change. We got Date Rape, which was named after a Sublime song, renamed immediately because the developer understood the importance of impact over intent.”

AZWCC will then lobby guidebooks and websites to reflect the changes. “We’re trying to navigate the existing culture of the sport with current social justice movements, which can lead to uncomfortable conversations for everyone. But fortunately, the positive voices outweigh the criticism.”