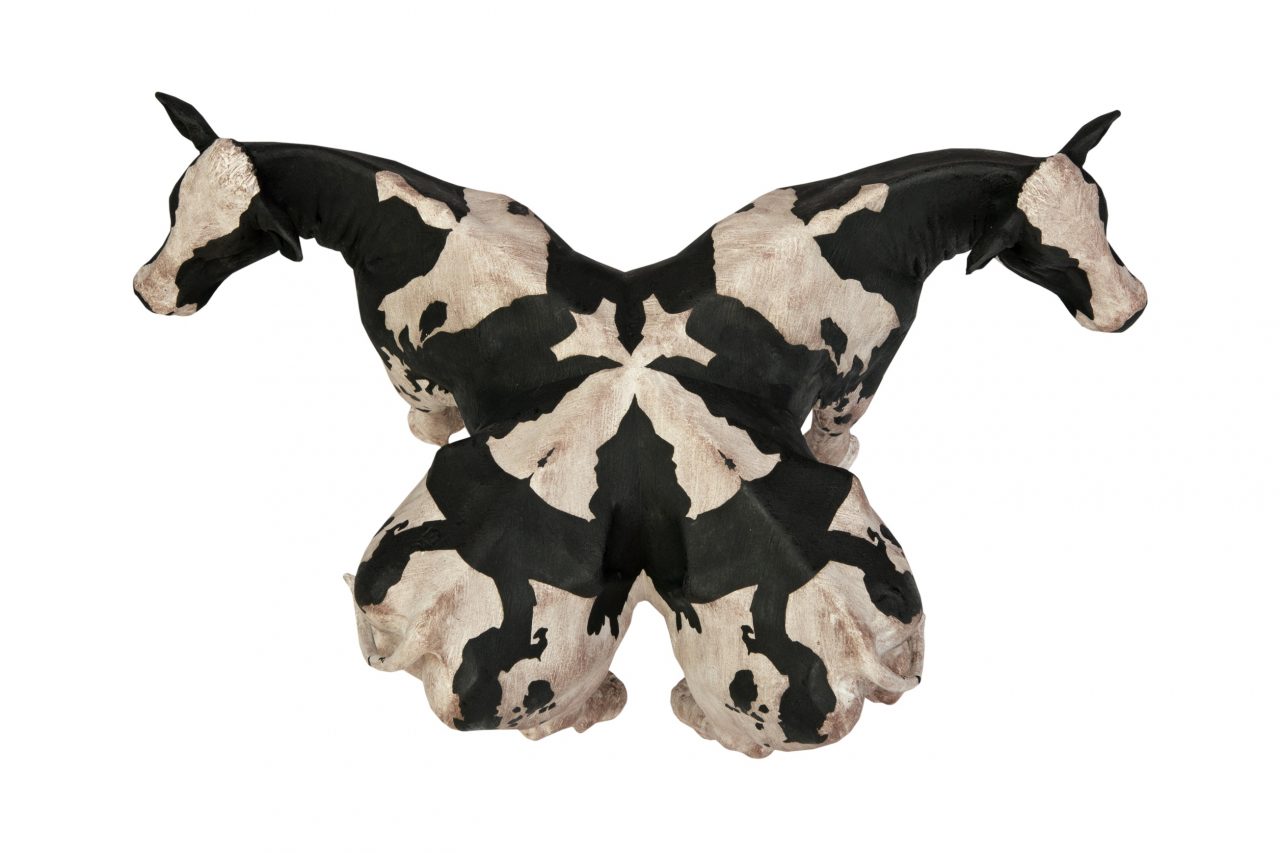 Oregon native Elliott Kayser has one foot in the city, one in the fields and both hands in the clay. He’s been doing ceramics since age 10 and dedicated his life to it. “I kind of just fell in love with it, right away.” Kayser says.

Between his bachelor of fine arts degree from Alfred University and his master’s degree in ceramics at Arizona State University, Kayser immersed himself into the agricultural scene while working at a ceramics company in Ann Arbor, Michigan. “It was pretty life-changing for me,” Kayser says. His art began to reflect some of his introspection around agriculture. “It’s a response to my experience working on farms and the lack of connection I feel our generation has with farms,” he says.

Kayser’s sculptures aren’t skin deep. His scenes of cattle are usually symbolic. One of his works for sale, the sculpture Altered Landscape 2, shows two cows melted into each other. Kayser says he was inspired by Rorschach’s famous psychological inkblot test. “I was thinking about how we all perceive the same landscape and the value of that land, and agriculture,” he says.

To find more of Kayser’s work for sale and learn about the meaning behind it, visit Kayser’s website or, when things are open again, his workshop/showroom at Mesa Center Arts Center.