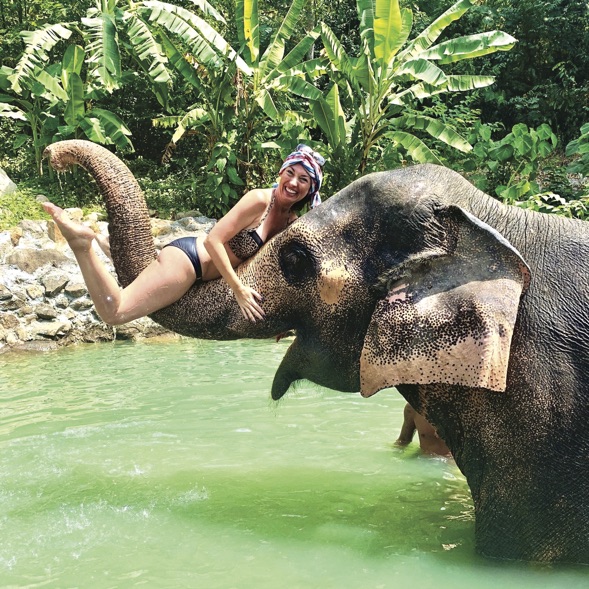 Reports of COVID-19 in Asia were increasing when Jennifer Adler boarded the plane to Thailand this winter. “I almost canceled the trip three times,” she says. “I was checking the number of cases in Thailand every single day.” In the end, it all worked out. Adler spent her last few pre-quarantine weeks on beaches that looked like they were peeled off magazine covers. “It ended up being the most magical experience,” she says. From snorkeling with sharks to sampling the realest Thai food, Adler came back from southern Thailand with great memories and a bucket of recommendations for fellow adventurous souls.

Freedom Bar
The Freedom Bar along Nai Yang Beach in north Phuket could be mistaken for a treehouse at first glance. One of the best parts of the local hangout was the person behind the bar. “It’s owned by a local Thai guy whose name is Noon, like afternoon,” Adler says. “He would tell us all about the local village and the people. And it was one of our favorite places.”

Koh Phi Phi Don Island
This gem – part of the Phi Phi Islands chain in the Indian Ocean off Thailand’s southwest coast – cannot be skipped during a trip to Thailand, Adler says. “This was the most beautiful beach I’ve seen in my life. It looked fake, just out of this world.” The Phi Phi Islands offer snorkeling with sharks, monkey sightings and the chance to bask in paradise. visit-phiphi.com