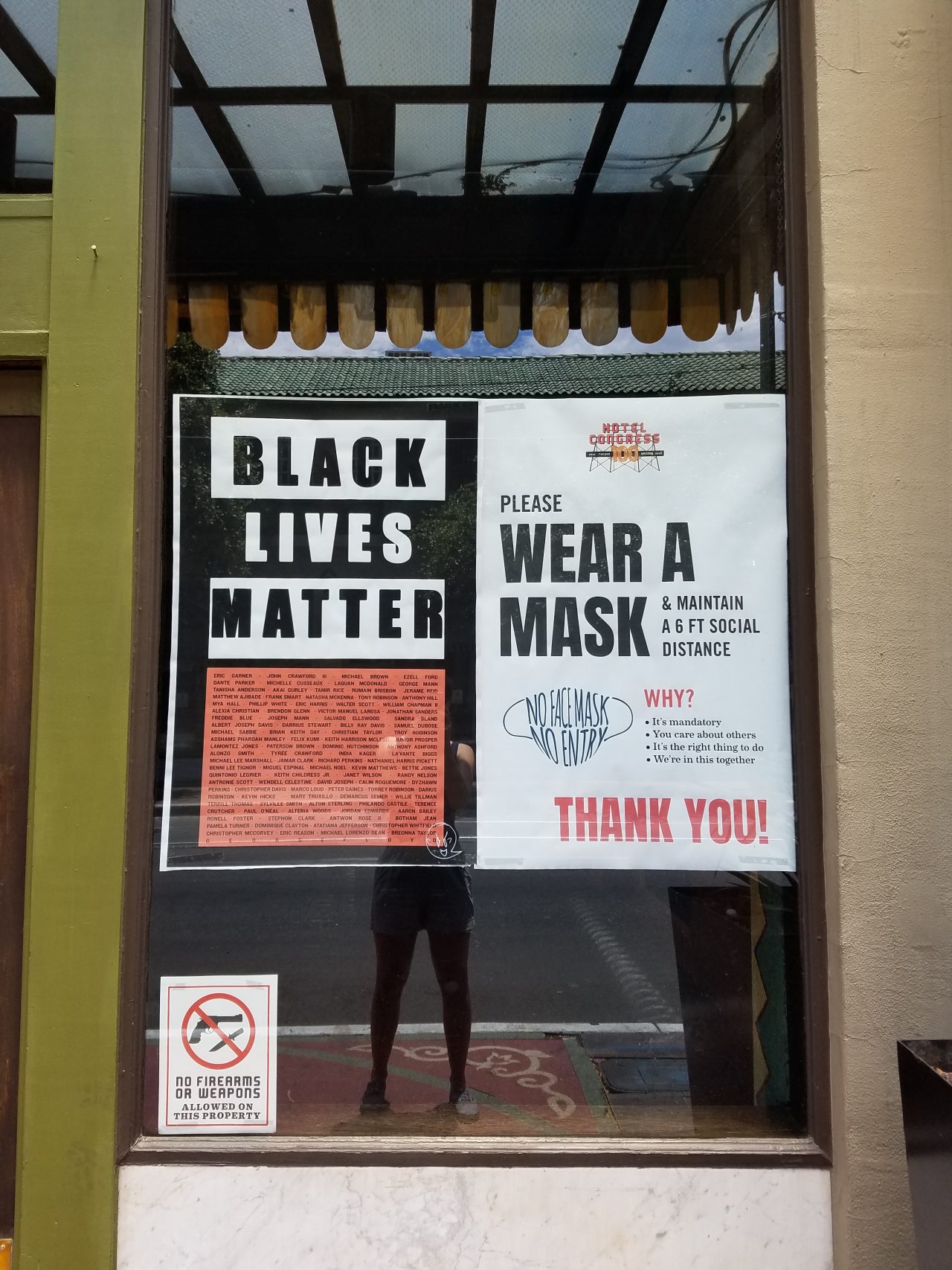 Black Lives Matter posters prominently adorn the windows of Hotel Congress in Tucson, side by side with posters promoting mask wearing, an image quintessentially 2020. 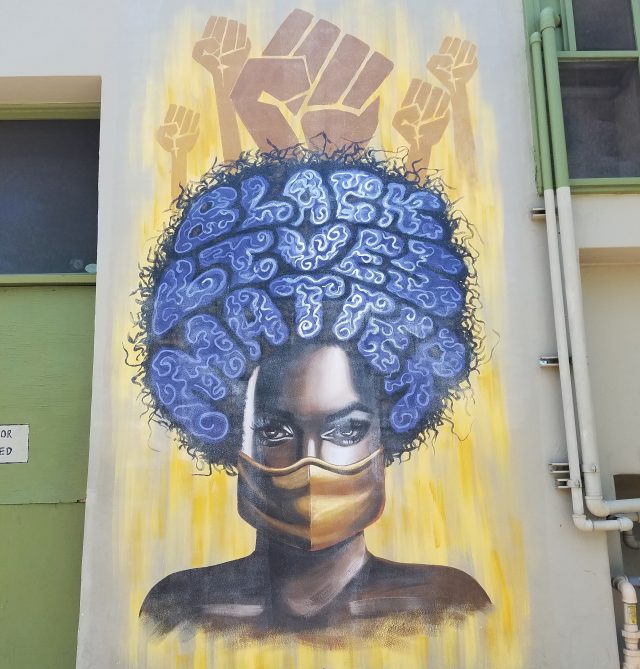 On the side of Hotel Congress is a mural by Camila Ibarra that perfectly encapsulates the two messages. A masked-up Black woman exudes power, clenched fists of solidarity rising above her. Ibarra is a student at Arizona State University. She has been selling prints and t-shirts of her artwork to raise money in support of the Black Lives Matter movement. 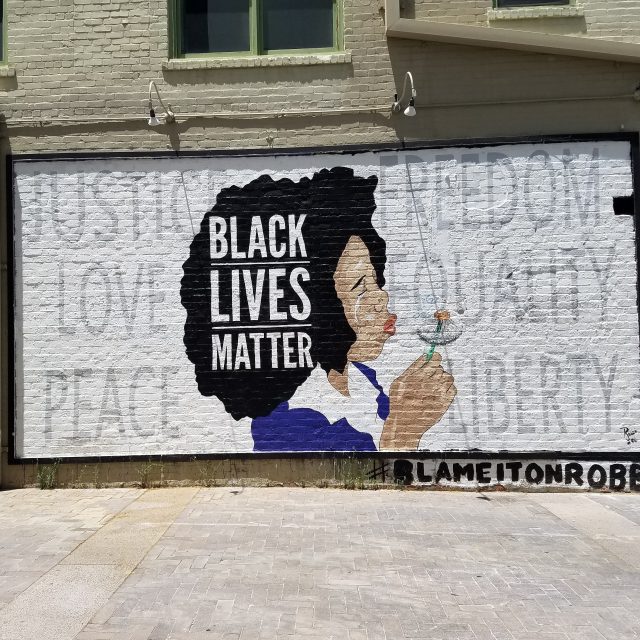 Across Congress Street, on the side of the Rialto Theatre, is another powerful Black Lives Matter mural. The artist is Robbie Lee Harris. His poignant mural depicts a young Black person blowing on a dandelion with closed eyes and tears streaming down their face. The image is at once hopeful and heartbreaking. 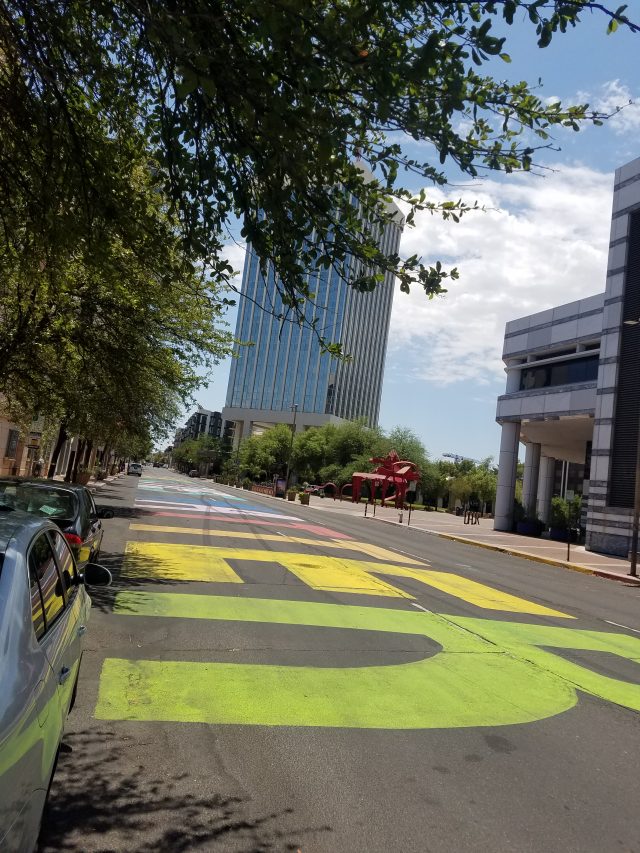 On Stone Avenue in Tucson, between Pennington Street and Alameda Street, “Black Lives Matter” is painted in large, colorful letters. The street mural was painted during the city’s Juneteenth celebration and was a collaboration between several entities, including the Arizona Coalition for Change and the Tucson Department of Transportation. 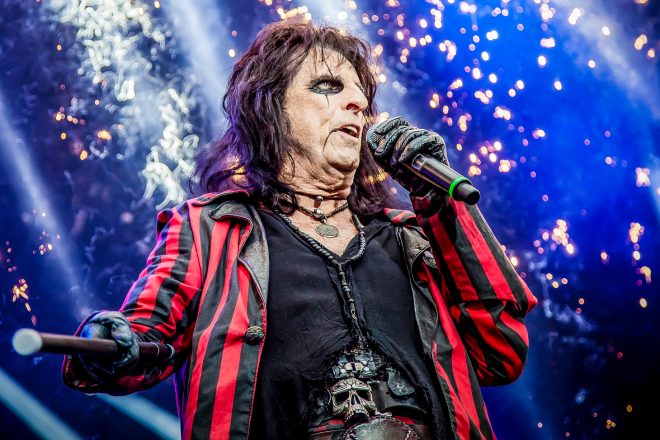