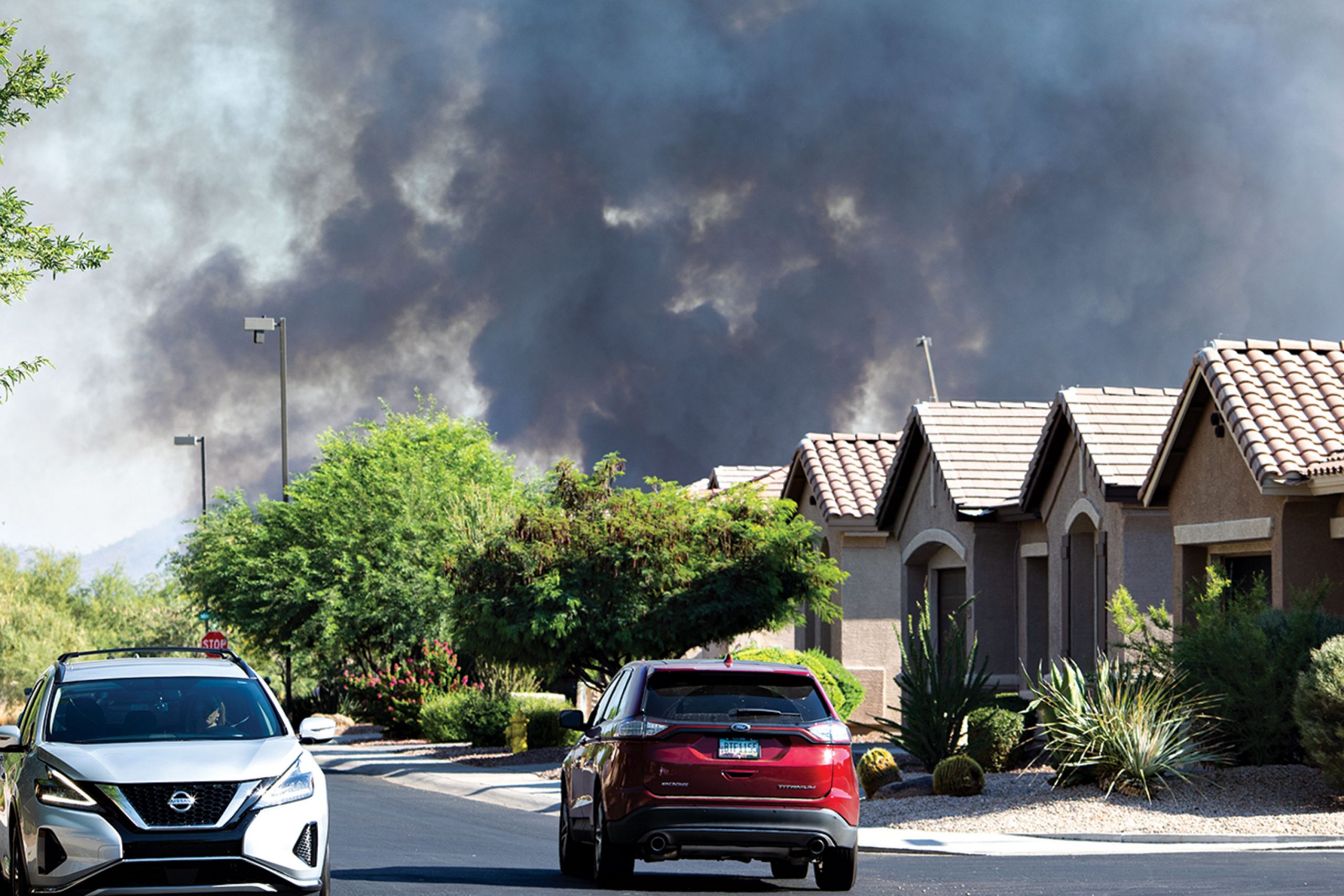 In a cruel case of life imitating global metaphor, the world has literally been on fire this summer – in Arizona, at least.

“There hasn’t been anything like this. Never,” says Marc Peagler, owner of Cave Creek’s Frontier Town, of the fires that besieged Cave Creek, North Phoenix, Tonto National Forest and beyond in May and June. “It’s just one after another after another.”

At press time, 1,075 wildfires have burned 532,803 acres (year to date) on state, federal and tribal land in Arizona in 2020, according to Department of Forestry and Fire Management public affairs officer Tiffany Davila. To compare, 2019 saw 810 wildfires that burned 190,071 acres. In both years, 95 percent of fires were started by people.

“Most of these fires that are human-caused are unintentional, but they are definitely preventable,” Davila says, with such varied “starts” as target shooting, welding, campfires and backyard grills toppled by wind. Couple these with dry conditions and it’s a recipe for disaster. “We haven’t had moisture in a very long time. The winter rains – all that did was increase the grass load… high temperatures in April dried out the vegetation very quickly. We just have this dry kindling, basically just a carpet of kindling, across the central portion of the state.”

Peagler is a member of Arizona Foothills 911, a community group for “neighbors helping neighbors in emergency situations,” per its mission statement, that works with fire officials to evacuate wildlife – and sometimes humans – in Cave Creek, Carefree, Desert Hills, Rio Verde and North Scottsdale. “We’ll evacuate anything, but horses are the primary thing,” Peagler says. They’ve rescued hundreds of animals from the recent blazes, which got as close as 0.6 mile away from Frontier Town. “It was so bad the first night of the Aquila Fire that there was another fire in the area and there was nobody to respond… Our resources, our fire departments, are stretched that thin.”

Davila says citizens can help by creating defensible space around their properties, delaying potentially incendiary activities until the monsoon brings moisture, adhering to the “Ready, set, go” methodology the Forestry and Fire Management espouses and by participating in Firewise USA, a community fire safety program.

“We’ve got numerous fires from one end of the state to the other,” Davila says. “While we have resources to cover every inch of the state, they’re getting tired.
And we’re just asking for the public to do their part and help us out.”