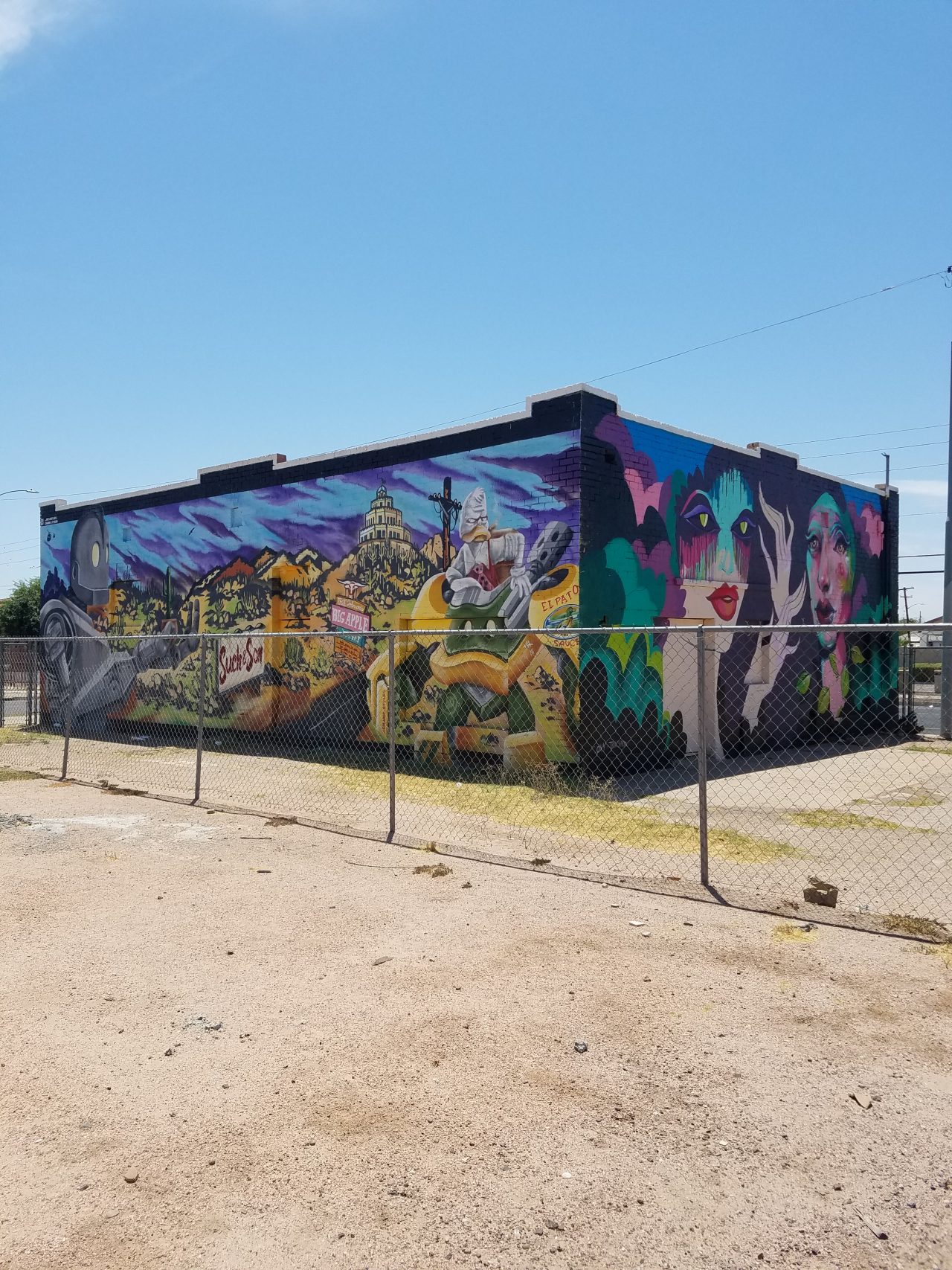 As I spotted the building on the corner of 15th Avenue and Polk Street, I slowed the car and craned my neck in wonderment. Then I promptly did a U-turn, parked, and hopped out of the car with phone in hand like a giddy tourist. The building is covered with murals, consisting of varying styles and colors, ranging from vibrant to grayscale. 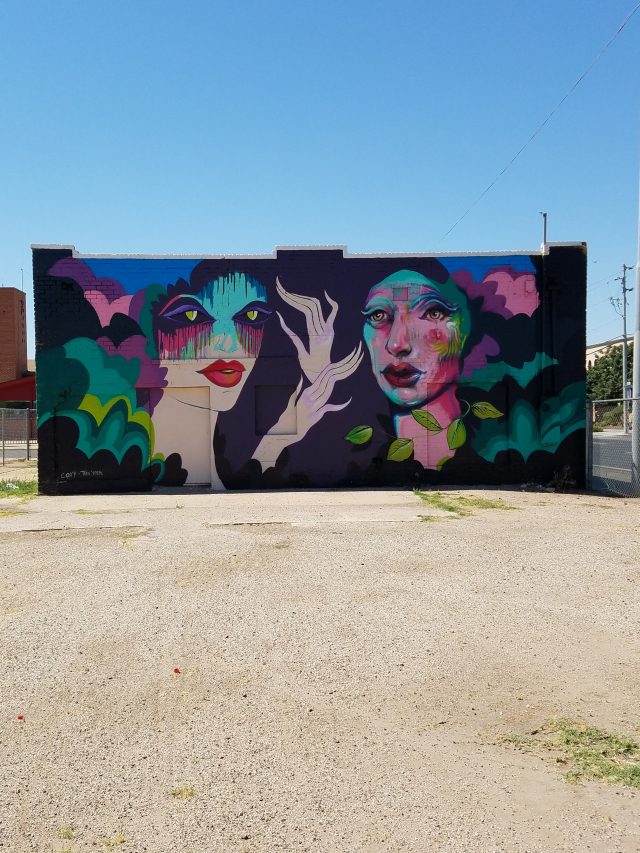 Flora + Fauna by Eric Cox and Tara Sharpe
This striking mural uses rich colors to depict two faces surrounded by leaves. It is located on the north-facing wall. Eric Cox (a frequent contributor to PHOENIX magazine) and Tara Sharpe collaborated on Flora + Fauna as part of the 2018 Phoenix Mural Project. 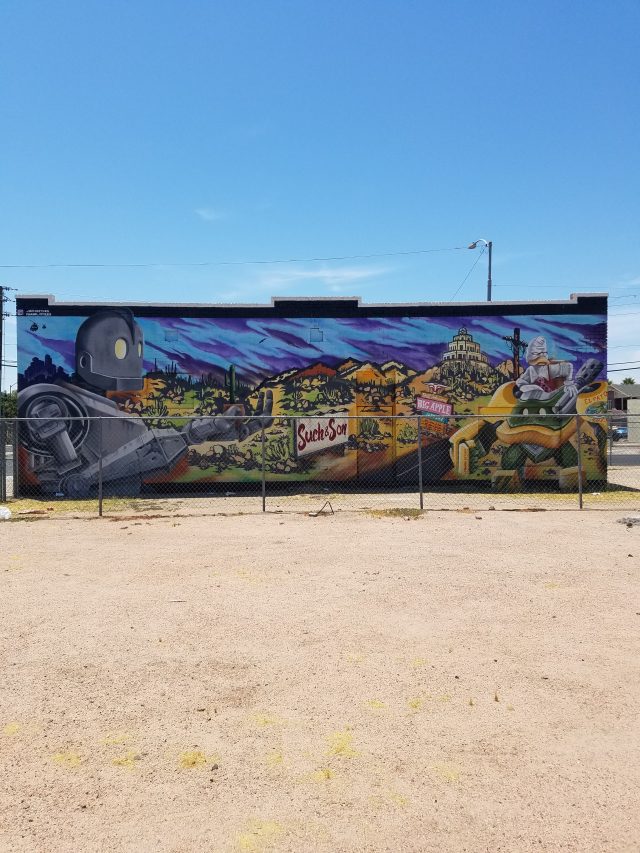 Iron Giant by Such & Son
The father and son team of Noe “Such Styles” and Champ “Styles” Baez painted the east wall in 2018. It is filled with pop culture references, from Iron Giant to Howard the Duck, intermixed with Phoenix landmarks such as Tovrea Castle. 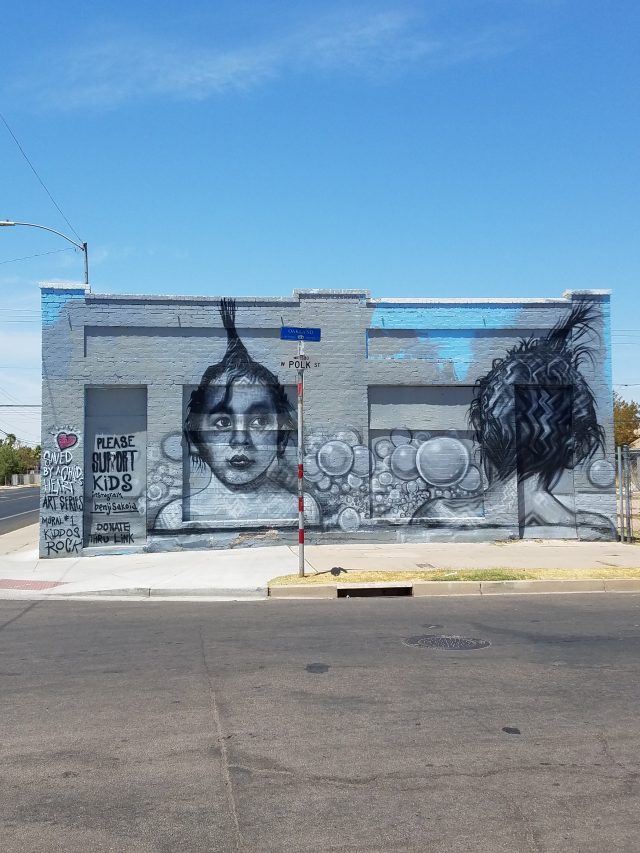 Peace and Anarchy by Benji Sakoia
The south-facing wall, bordering Polk Street, is covered by a playful grayscale mural of two kids in a bubble bath. It was painted by Benji Sakoia as part of the Saved by a Child’s Heart Art Series in 2017. 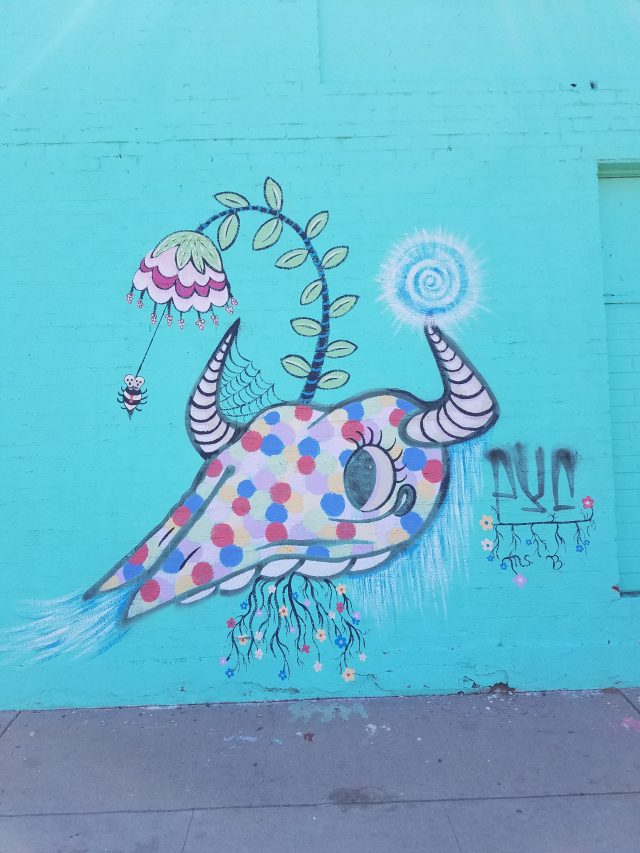 Untitled by Ms. B
The west wall on 15th Avenue is painted turquoise and contains a small, whimsical piece by Ms. B.

This building stood vacant for many years before being acquired by Beatrice Moore in 2000 and has since been used for various art projects. While the interior is currently inaccessible, she hopes to do a renovation project there in the next two years.