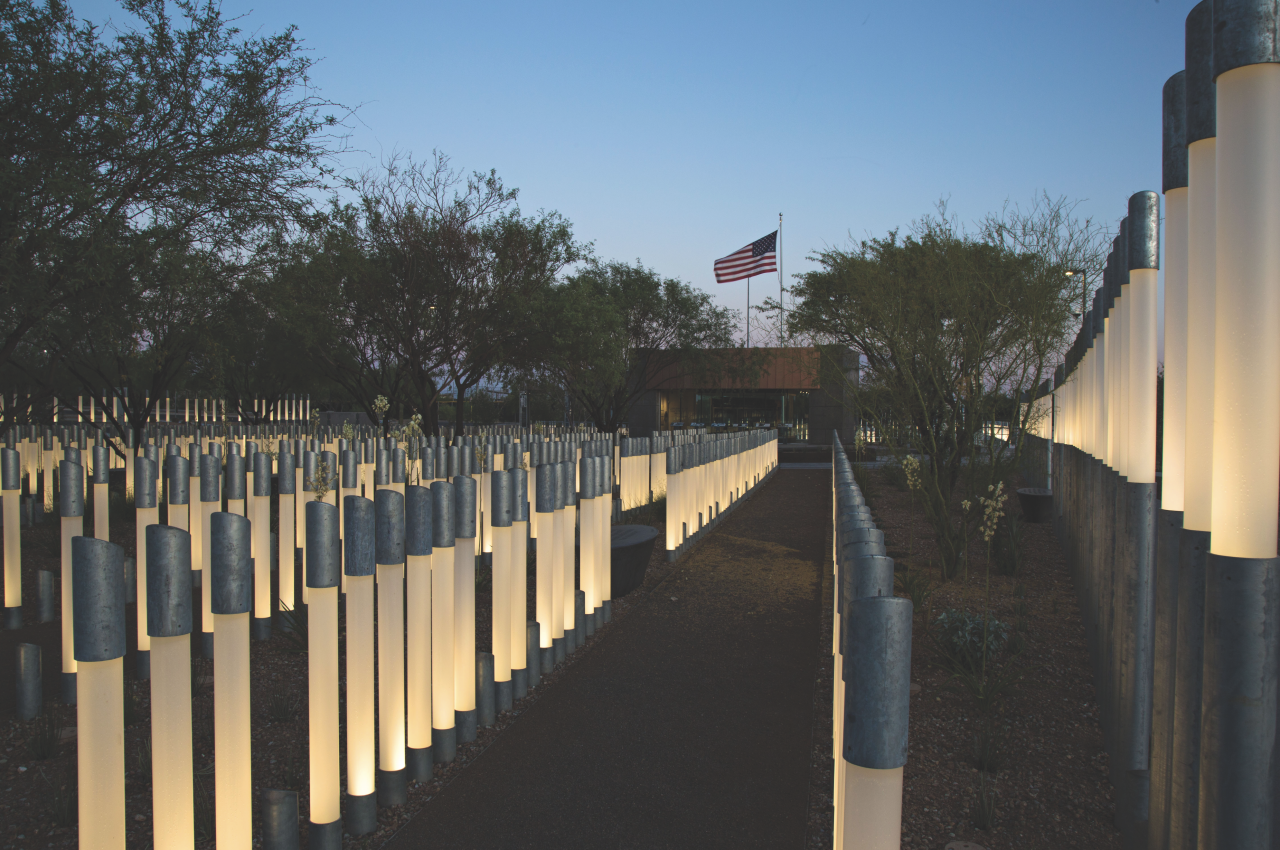 The USS Arizona, the famed naval battleship sunk in the attack on Pearl Harbor on December 7, 1941, has a popular memorial at its final underwater resting place in Hawaii. Don’t fret if you can’t make it to Oahu – the Salt River Pima-Maricopa Indian Community made history this year by bringing part of the ship here to the recently opened USS Arizona Memorial Gardens at Salt River. The new memorial contains a section of the ship’s Boat House, which is not only the largest piece of the ship ever gifted, but also the only piece ever endowed to a tribal community. “It is a great space for people to pay their respects outside of Hawaii,” says Blessing McAnlis-Vasquez, Salt River tourism manager. Visitors to the memorial can see the relic inside a glass climate-controlled room and walk around the gardens, which feature more than 1,500 columns that illuminate at night and span the same length and width of the ship, representing those on board at the time of the attack.