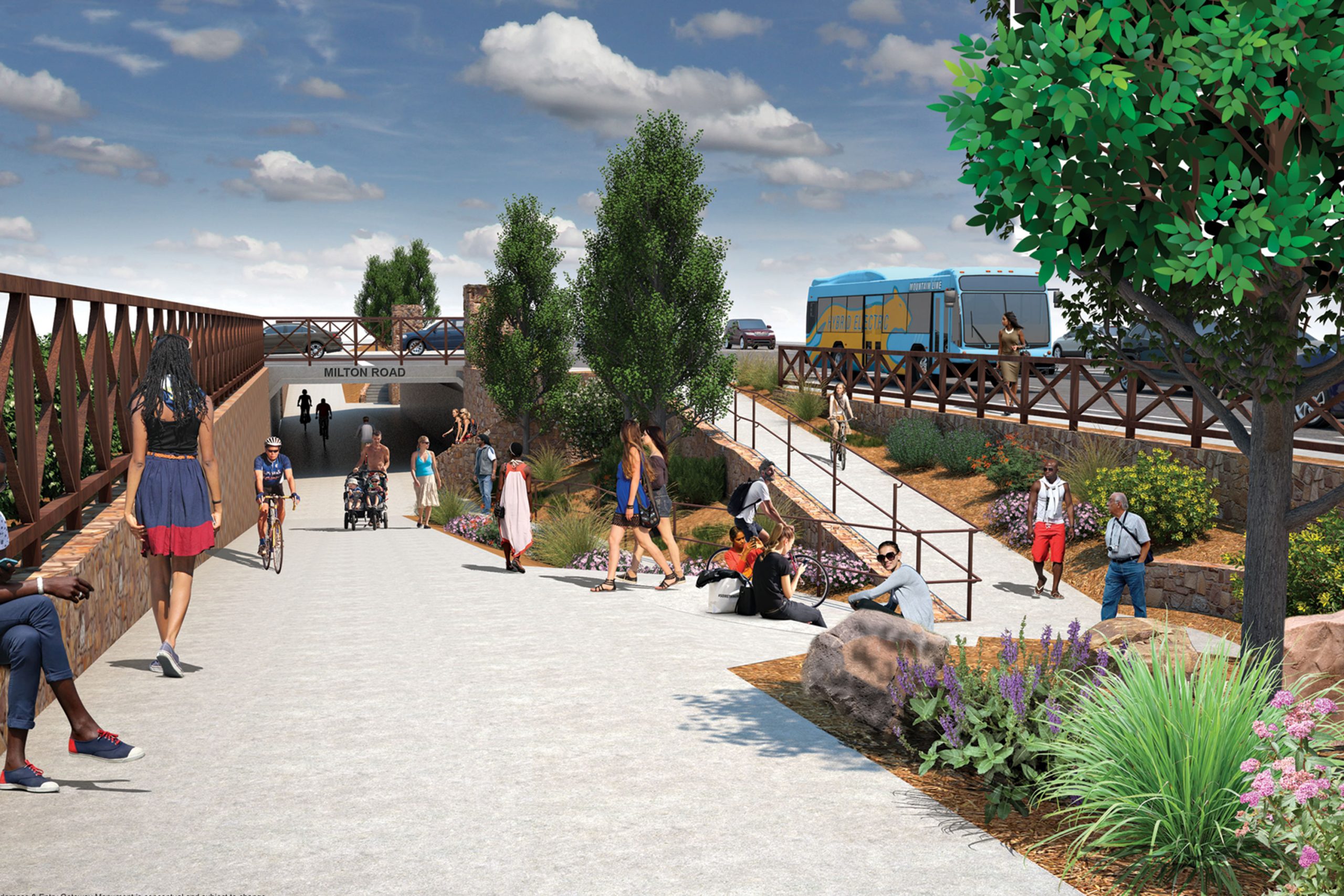 About 20 years ago, Flagstaff was collecting tax dollars to relieve hazardous traffic downtown. The plan was to extend a road through – ironically – the Arizona Department of Transportation complex. The city raised enough money to build the road but still couldn’t afford the rights to ADOT’s property. ADOT was interested in relocating, because its building was outdated and inadequate, but it lacked the funds to build a new headquarters.

So the two stymied departments issued a request for proposals to solve their problems through a public-private partnership. The winning idea came from Vintage Partners, a Phoenix real estate company best known for revamping Uptown Plaza on Central Avenue and Camelback Road. The company proposed a land-swapping game of musical chairs.

First, Vintage Partners invested $10 million in purchasing an old Harkins Theatre and constructing a new cinema at Flagstaff Mall. The move was a boon to both Harkins and the mall, attracting an extra 500,000 people a year to the area’s businesses and nearly tripling sales tax revenue for the city. Next, the company put up nearly $12 million to adaptively reuse the old Harkins Theatre, fashioning it into ADOT’s new regional headquarters.

In exchange, Vintage Partners now owns the former ADOT property, plus surrounding land contributed by the city of Flagstaff. The company deeded Flagstaff the rights to build a road with dedicated bus lanes through the parcel. Next, it will transform the area into a mix of student housing, restaurants, retail and a pedestrian underpass. According to city of Flagstaff estimates, the entire project will generate $200 million in the next few years.

This kind of collaboration between city, state and private entities could be vital in a time when tax revenues are crushed by COVID-19. “We’re adding services without tax revenue,” says Walter Crutchfield of Vintage Partners. “Think of the applications of that, when you’re bringing the creativity and power of the marketplace and the stability and ability of governments to get things done.” There’s a huge need to improve infrastructure and the park system, Crutchfield adds. “Private capital could do some of that and create ways to generate revenue so it could be a sustainable process, and everybody wins.”