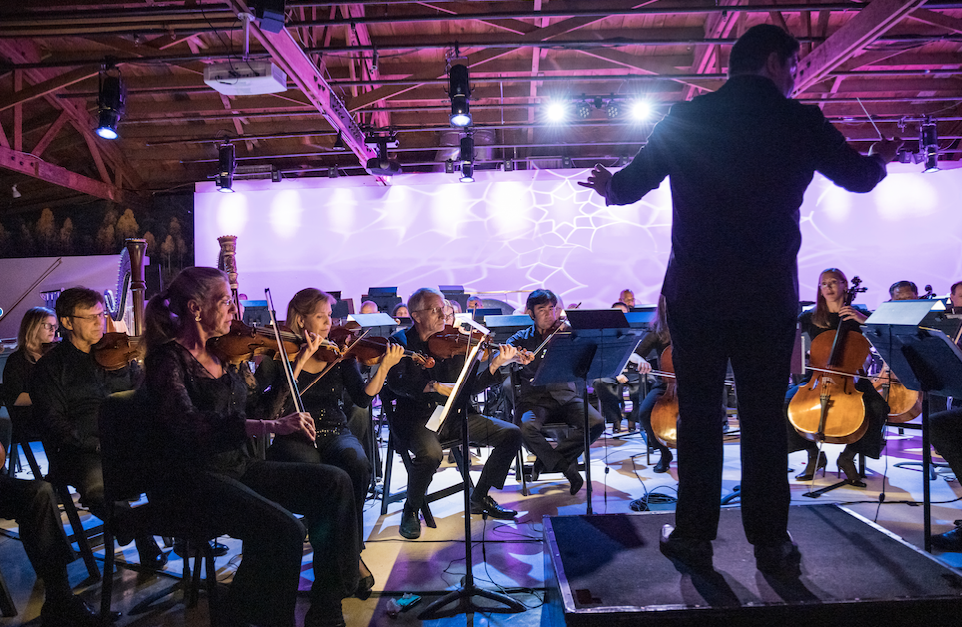 It takes a lot of innovation to take a full-sized symphony orchestra and present it on screen instead of onstage. That’s the reality for hundreds of ensembles across the world, including the Phoenix Symphony.

Suzanne Wilson became the president and CEO of the Phoenix Symphony eight weeks before Arizona went into quarantine amid the coronavirus pandemic. “One day, everything shifted,” she says. “You could feel the country shift.”

That day in March, Wilson had to make the difficult decision to lay off the musicians for the remainder of the season, reduce the administrative staff by one-third and cancel all upcoming performances.

Despite the complications with ending the season early, the symphony has grown in unique ways during its time in quarantine. “All symphonies are reimagining what it means to be a symphony right now,” Wilson says. “What a live performance is going to mean in the future.”

The Phoenix Symphony had a modest social media presence before COVID-19 hit Arizona. Since March, their activity has grown exponentially online as they find new ways to reach their community.

Several new programs were initiated online to extend gratitude to symphony supporters and promote exclusive content to their audience. “Our goal is to spotlight our musicians and their commitment to the community,” Wilson says.

Other projects have included a digital performance of Beethoven’s 5th Symphony dedicated to local health care workers and first responders, as well as “Duets at a Distance” which gives local students the chance to perform with symphony musicians via video chat.

Wilson hinted at an upcoming, full-orchestra virtual project that has yet to be released, calling it a “beautiful spotlight of our home state.”

As the symphony moves forward, Wilson believes the implementation of social media and technology is helping to bridge the symphony and its audience. “Connection is the core value of what we do,” she says.

For more information regarding Phoenix Symphony and its plans for the 2020-2021 season, visit phoenixsymphony.org.