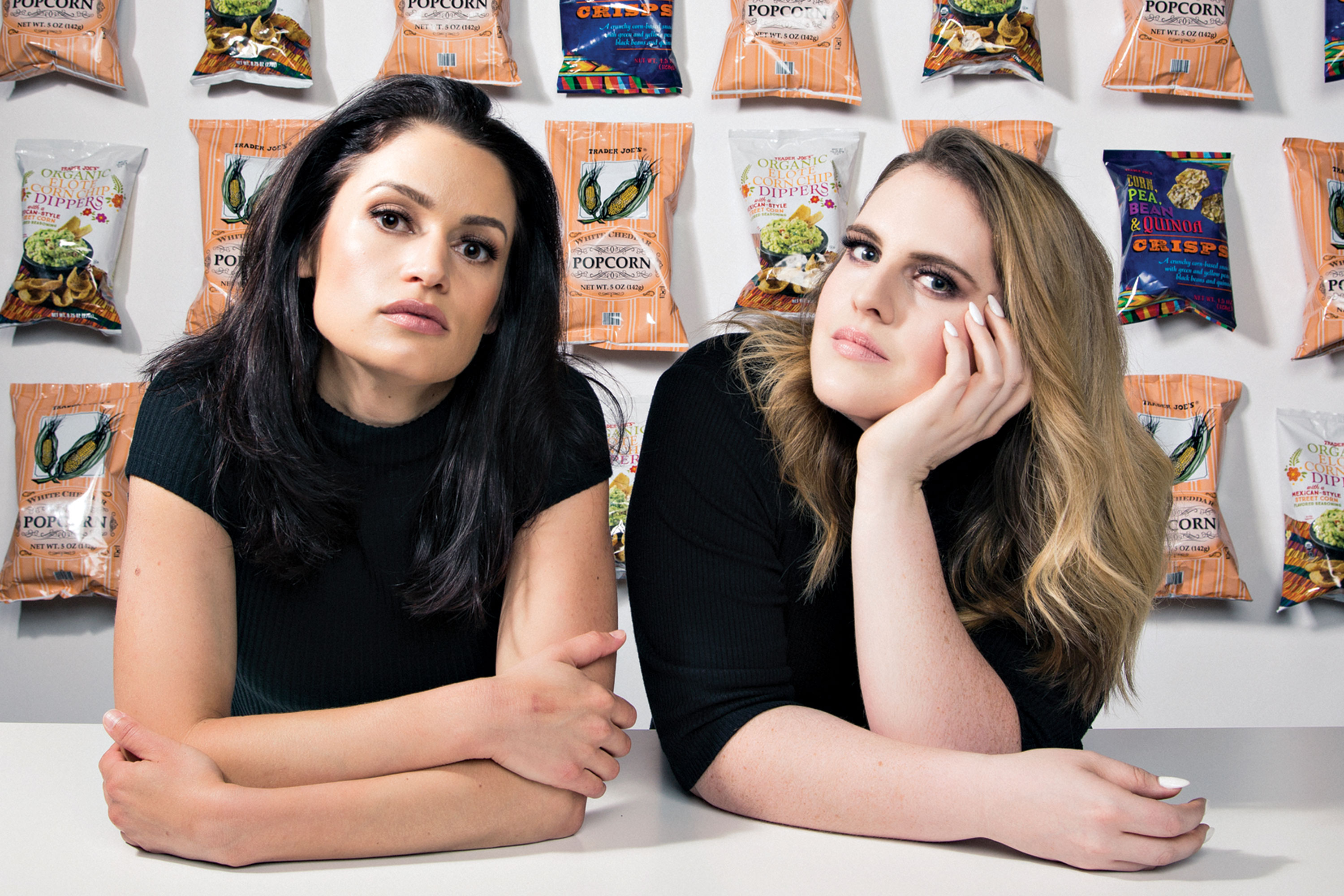 A lot of people love Trader Joe’s, but Katie Bravo and Evie Carpenter probably love it more than most people.

Their obsession with the supermarket chain famed for its cult-inspiring consumables like “two buck chuck” (cheap wine) led them to create Trader Hoes, a weekly podcast where they record their humorous thoughts on myriad Trader Joe’s products.

“‘Hoe’ is not a negative in our eyes,” Carpenter says. “It means someone who is just a big fan.”

The pair of friends met years ago while working at Phoenix New Times and bonded over their love of preparing party platters. “We would always go to each other’s shindigs and be like ‘Oh my gosh, what is that?’ and it was always from Trader Joe’s,” Carpenter says.

They would often talk about wanting to do a podcast together, but when Black Friday rolled around in 2018, they took the plunge and got a good deal on some podcasting microphones. Trader Hoes launched in January 2019, and now they reliably get around 500 listens a week.

Bravo says each week they pick about five items to review, typically buzzy new products or ones that have been recommended by fans on social media. “We have, I think, a six-part series on pumpkin,” Bravo says of the plethora of autumn-themed products the company releases every fall. “I don’t know if we even got it all.”

Every episode ends with their catchphrase, “Bring back pickle popcorn,” a plea for one of their favorite items that is currently “retired” thanks to the company’s famously mercurial method of product distribution. Pickle popcorn was even featured on a T-shirt they sold during their limited merch run last December.

“Pickle popcorn is kind of a metaphor for whatever item it is you love at Trader Joe’s that they take away and bring back,” Bravo says. Carpenter has lined up at 9 a.m. to fill her cart with the briny, dilly kernels, which are only infrequently available at the store.

The Trader Hoes have big plans for the future: “A pipe dream would be to get picked up by like a podcast network,” Carpenter says. Until then, they will continue to grow their brand and hope to have a live show coming to the Valley later this year.