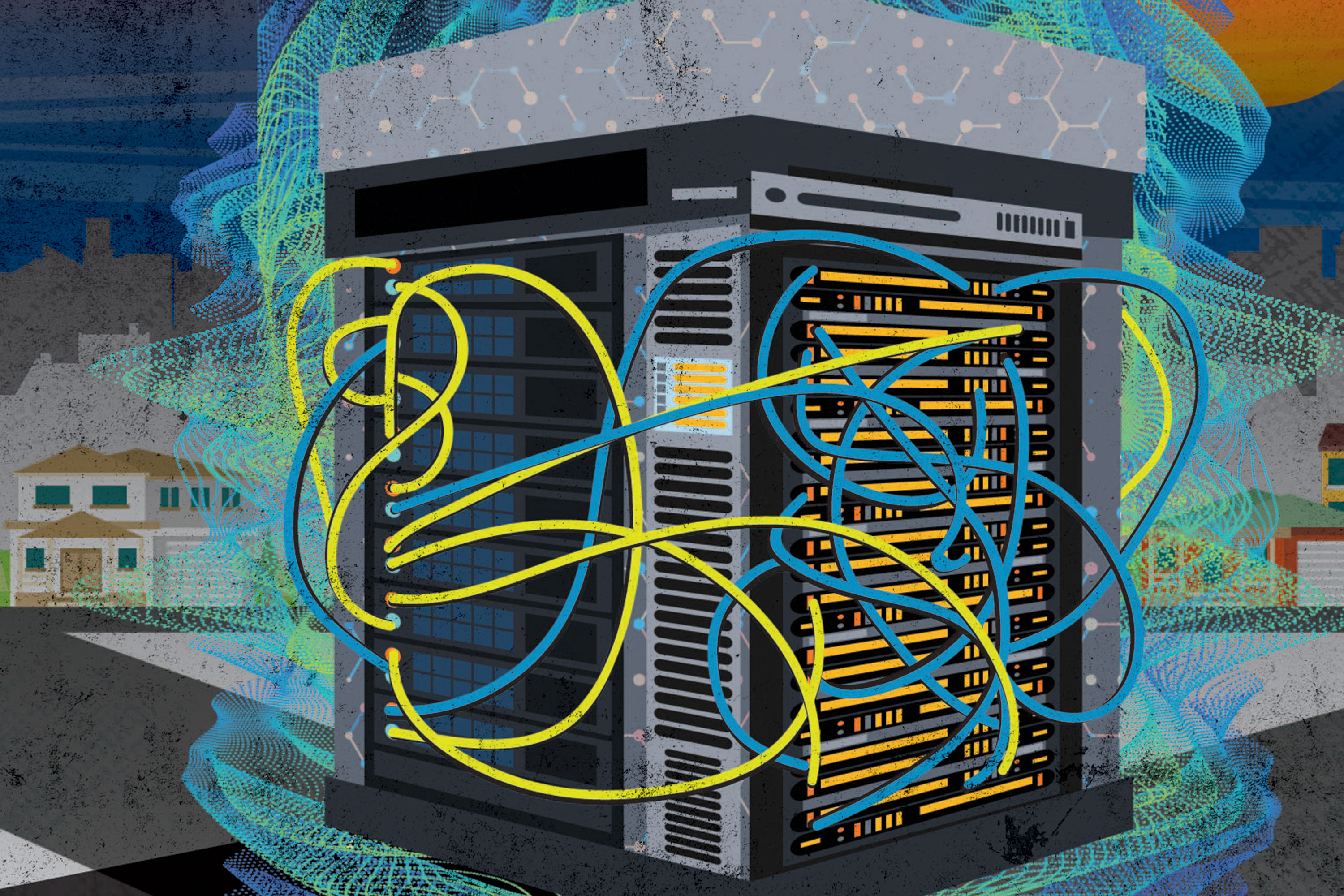 A mysterious trespasser has been entering Karthic Thallikar’s home, and the Chandler resident is defenseless to stop the intrusion. “We can feel it inside the house. It’s like sound or energy waves hitting us,” he says. “It’s worse when we go outside – it’s as if something is vibrating us.”

Poltergeist? Not quite. The incessant hum is coming from industrial air-conditioning units at a nearby data center owned by Cyrus One, located near Dobson and Germann roads in the city’s high-tech Price Corridor.

Thallikar became aware of the din in 2014 and traced it to the chillers at Cyrus One, which run continuously to keep heat-generating computers at a steady temperature. The single-pitch, mid-frequency sound penetrates structures and is more pronounced at night when ambient noise levels decrease. The hum has caused insomnia, headaches and anxiety for nearby residents. “We feel poisoned by the whining noise,” Thallikar, an engineer, says.

In early 2018, Thallikar helped form the Dobson Noise Coalition. The local outcry compelled Cyrus One to voluntarily spend $2 million on noise attenuation blankets for their chillers. The retrofit helped, but the sound still grinds on residents’ nerves and impacts their pocketbooks, according to Thallikar. “My realtor said when I sell my home, I have to declare the noise, which will decrease property values,” he says.

Finding a solution is difficult since the industrial resonance slips through legal cracks. “Cyrus One has remained in compliance with the city’s noise ordinance before, during and after measures were taken to install sound attenuation,” Matt Burdick, Chandler’s communications director, says. The noise may even increase if Cyrus One expands its operations at the fortress-like site. Other nearby data centers also contribute to the high-tech din, which is becoming the unseen “new pollution” in the East Valley.

Thallikar laments the city didn’t initially exercise enough due diligence. “They estimated the power, water, sewage and traffic impacts, but were negligent about industrial noise so close to people,” he says. The city said that during the development review process, Chandler planning staff will work with developers to mitigate the impacts of potential noise sources on adjacent residential neighborhoods and businesses.