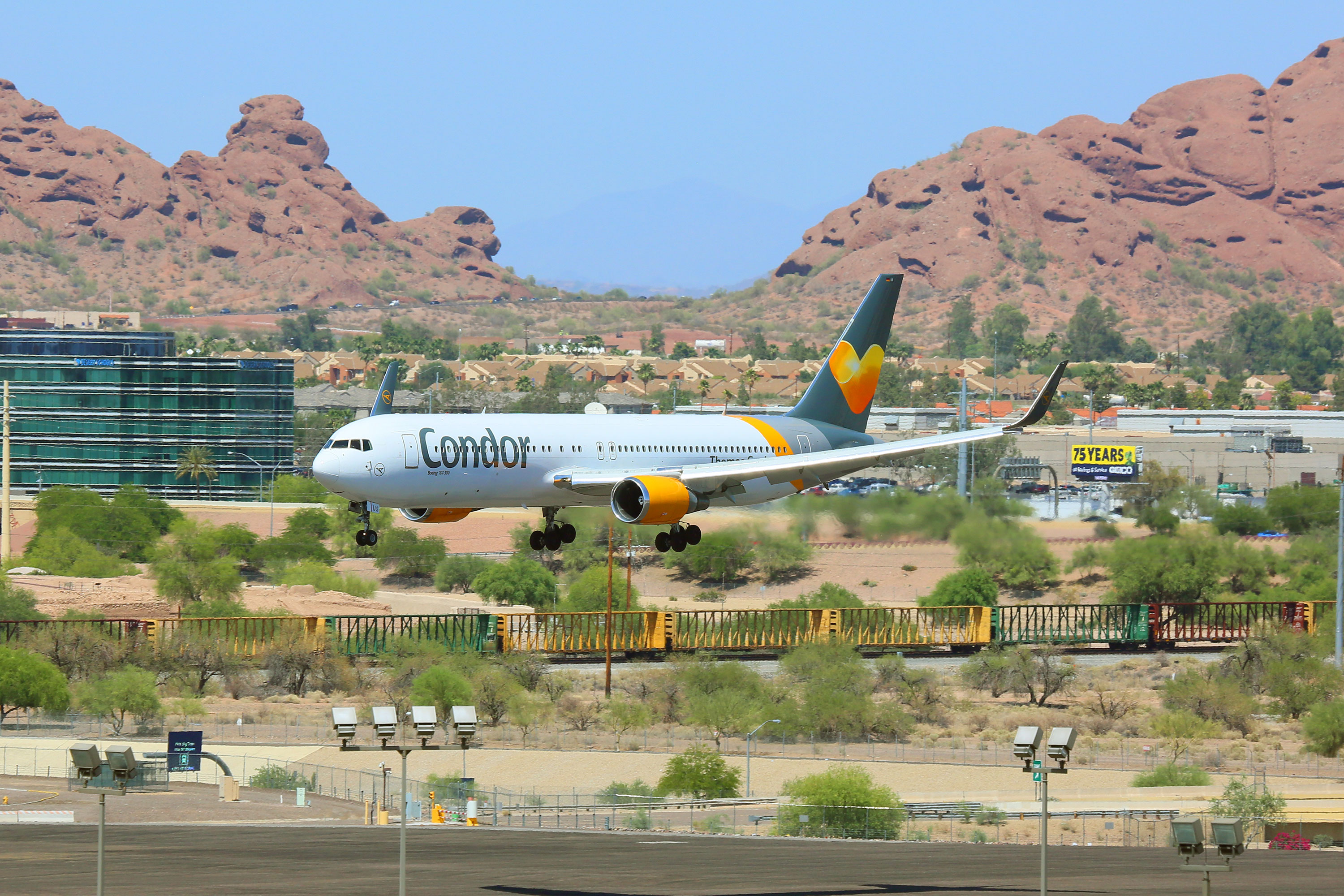 Sky Harbor is rolling out the red carpet for more international flights.

Phoenix Sky Harbor International Airport should have no problem attracting foreign flights; after all, it’s in the facility’s DNA. “The first flight out of Sky Harbor was in November 1928 to Rocky Point, Mexico, on Scenic Airways,” says Heather Shelbrack, the airport’s public information manager.

Nonetheless, international nonstop flights – or lack thereof – remain a critical question mark as the airport completes the last phase of its 5-year Terminal 3 Modernization Project. Sky Harbor spokespeople trumpet the airport’s 23 direct international routes, but aside from flights to Costa Rica, England and Germany, the other 20 connections are NAFTA Express numbers to Canada and Mexico – “international” in name only.

But recent developments speak to Sky Harbor’s potential as an international hub. Until German leisure carrier Condor Airlines launched its summer Phoenix to Frankfurt route in 2018, Sky Harbor lacked a nonstop ingress into mainland Europe. The 11-hour flight has proved so popular, Condor recently expanded its availability, with a spring start in April. So why haven’t other international carriers jumped on board?

Industry watchers say it might have something to do with low median household income and few Fortune 500 companies, relative to hubs like San Francisco and Los Angeles. “Airlines want to see that full-fare business and first-class passengers will regularly fill the seats on the aircraft,” Shelbrack says. “This is a critical factor for airlines.”

Securing nonstop service to Tokyo, Japan, and the European cities of Paris and Amsterdam is a primary focus for the Phoenix Aviation Department, which collects passenger travel data to show airlines there are demands for these routes. “However, those that purchase a ticket on an airline to, say, fly to Los Angeles to connect to another airline on a different ticket are not counted in the Phoenix passenger count, and this hurts our case,” Shelbrack says.

Additional overseas offerings from Sky Harbor would add to the $3 billion in local economic impact airlines generate for the Valley. Losing the layovers, moreover, would improve the Valley’s global reputation for tourism and business and create a seamless travel experience befitting the nation’s fifth largest metropolitan area.