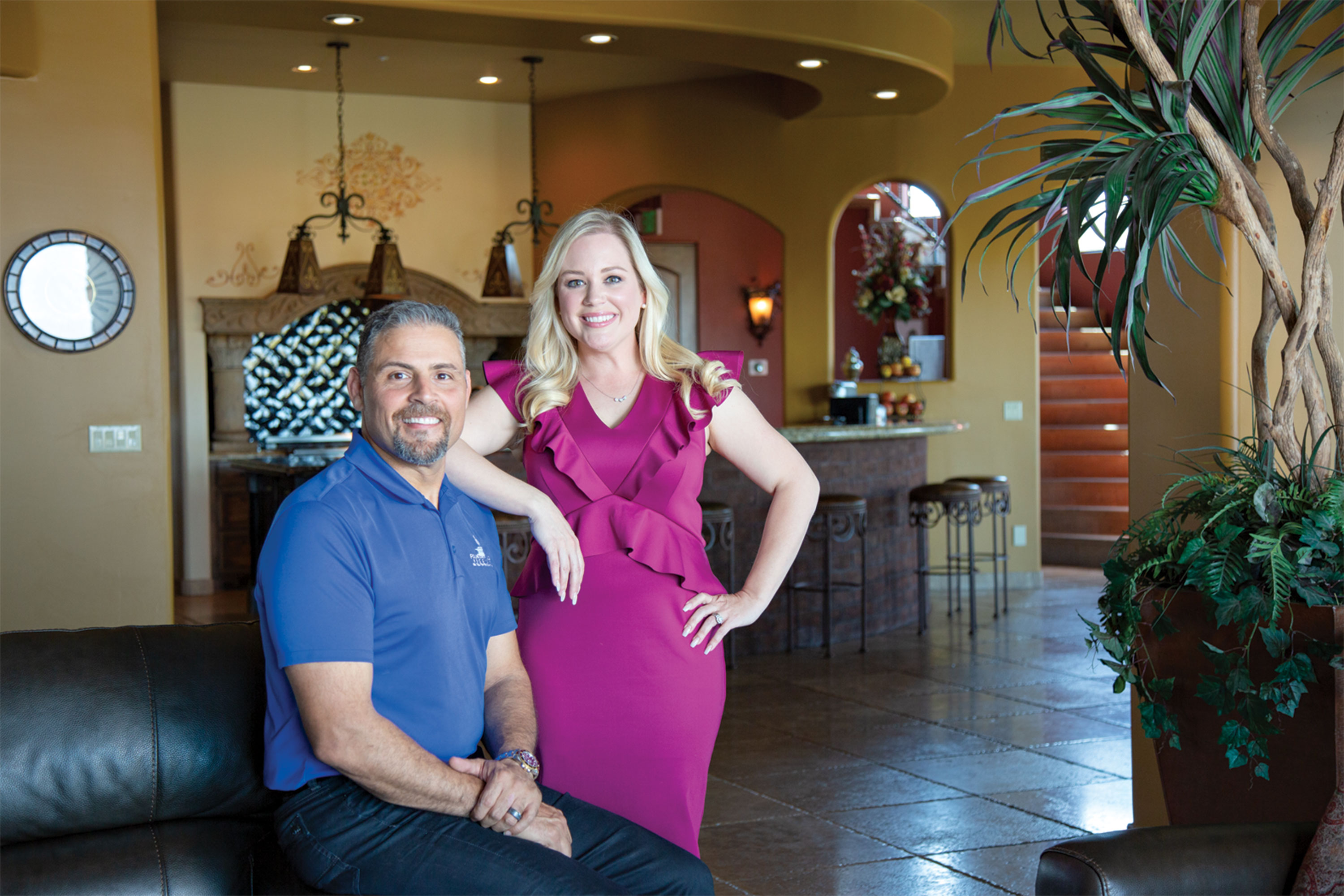 For the founders of Fountain Hills Recovery, addiction hits close to home.

On display in the clinical facility is a fire jacket, helmet, ax and badges that belonged to former actress Natalie Marston-Salem’s father, a fire captain with a 30-year career as a first responder. Shortly after he died as a result of drug and alcohol addiction in 2016 – on what would have been his 67th birthday – Marston-Salem and her husband, John Salem, opened the center in his honor. “He saved a lot of lives while he was here, so we hoped his memory would now save lives,” Marston-Salem says.

Since November 2016, the treatment center has helped more than 450 patients fight their battles with addiction. While the pair has helped people from “all walks of life” over the years, Salem says that when they first opened Fountain Hills Recovery, their initial goal was to serve the first responder community.

“I think that there’s this huge misconception – especially with first responders – that they’re made of steel and that they don’t feel pain, but a lot of these guys have seen more blood and guts than our veterans do,” Salem says. “They see a lot of traumatic stuff, so a lot of them self-medicate because they don’t know what else to do.”

While the luxury amenities of Fountain Hills Recovery come at a cost, the couple offers sliding scale fees and scholarships to make treatment more accessible.

“We really wanted to create something that was different from other treatment centers, as well as that aspect of people being able to recover with dignity,” Marston-Salem says. “We don’t treat more than 20 to 25 clients at a time… to give them that more individualized care. It’s nice because not only does the client feel comfortable, but the family feels comfortable with where their loved one is going to be [for] anywhere from a month to three months.”