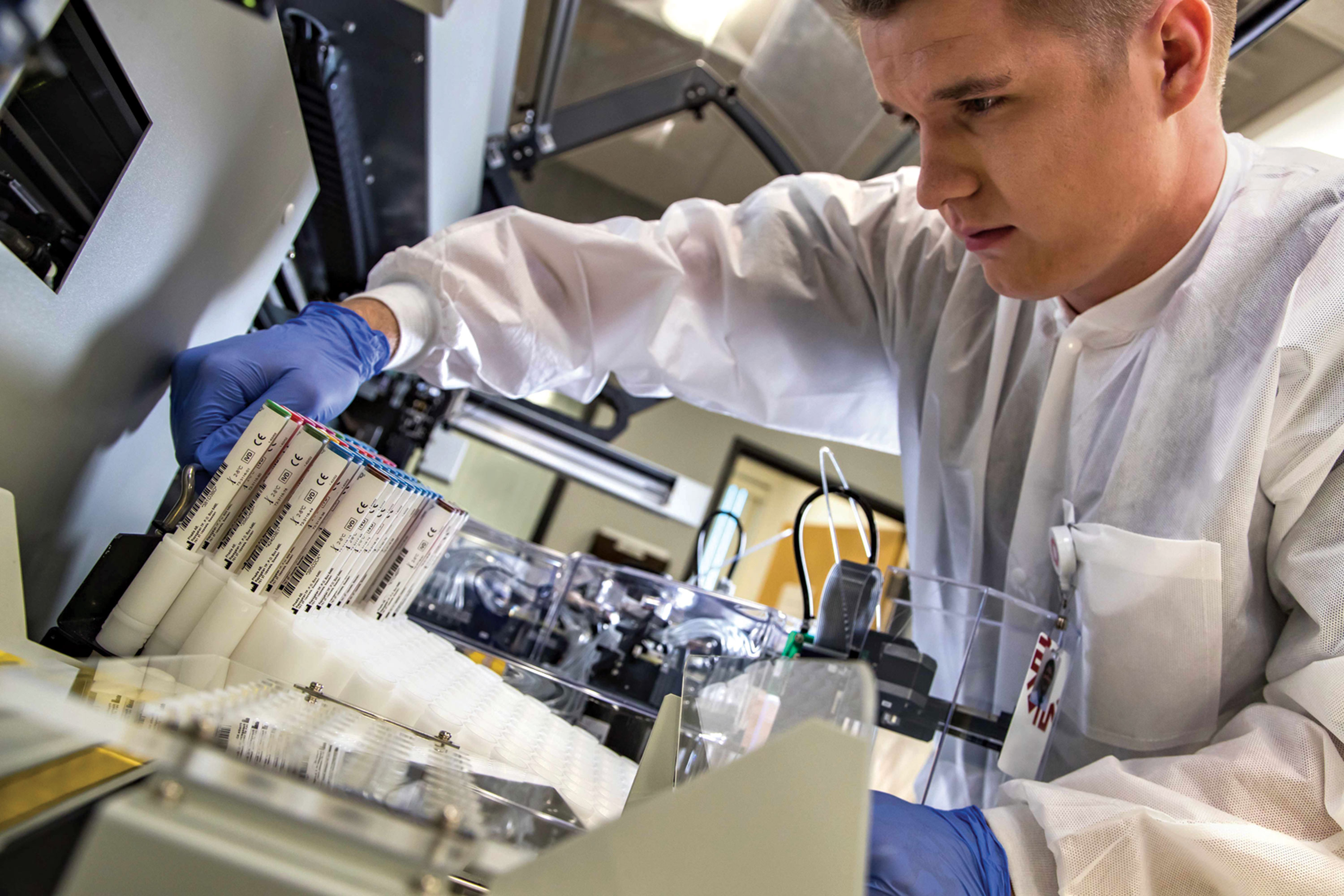 Most physicians can assess whether a patient is developing Alzheimer’s disease in five minutes, according to the Alzheimer’s Association. But few general practitioners include the screening in checkups, even though it’s covered as a yearly Medicare benefit.

“Honestly, most doctors don’t want to find it,” says Tom Leggett, director of business development for Sonora Quest Laboratories in Tempe. “The uncomfortable truth is when you’re a physician and you find moderate or severe Alzheimer’s in your patient, it’s not a happy conversation. Because there’s nothing you can do about it – or at least, in the past, that was the thinking.”

Leggett hopes Sonora Quest can change that with advanced artificial intelligence technology developed with Raleigh, North Carolina’s uMETHOD Health. Its RestoreU aims to interpret data from a patient’s medical history, biospecimens and even demographics to develop individualized plans that can help doctors manage the incurable degenerative brain disease – or at least slow its progress.

Early trials have been promising. “We have about 150 doctors that we have trained on this program, and we’re seeing really good results,” Leggett says. “The clinical trials… show that in about 76 percent of the patients tested, doctors were either able to halt further decline in cognitive impairment or, in some cases, see actual improvement.”

The key is customized medication based on the A.I.’s analysis of data, which includes socioeconomic status and race – among those older than 65, African Americans and Hispanics are more likely than whites to develop Alzheimer’s. “It’s really a disease state that is caused by a number of underlying conditions,” Leggett says. “So to the extent that these biomarkers can help us identify the root causes of the cognitive impairment, we’re hopeful we can get out in front of it and prevent this disease.”

Sonora’s foothold in this retirement mecca – its services are already available to more than 23,000 Arizonans – is strategic: The Alzheimer’s Association pegs Arizona as the state with the second highest growth rate of the disease, predicting 200,000 cases by 2025 (a 43 percent increase over the 140,000 in 2018). “This is ground zero,” Leggett says. “That’s why it’s so important that we lead the way in research.”