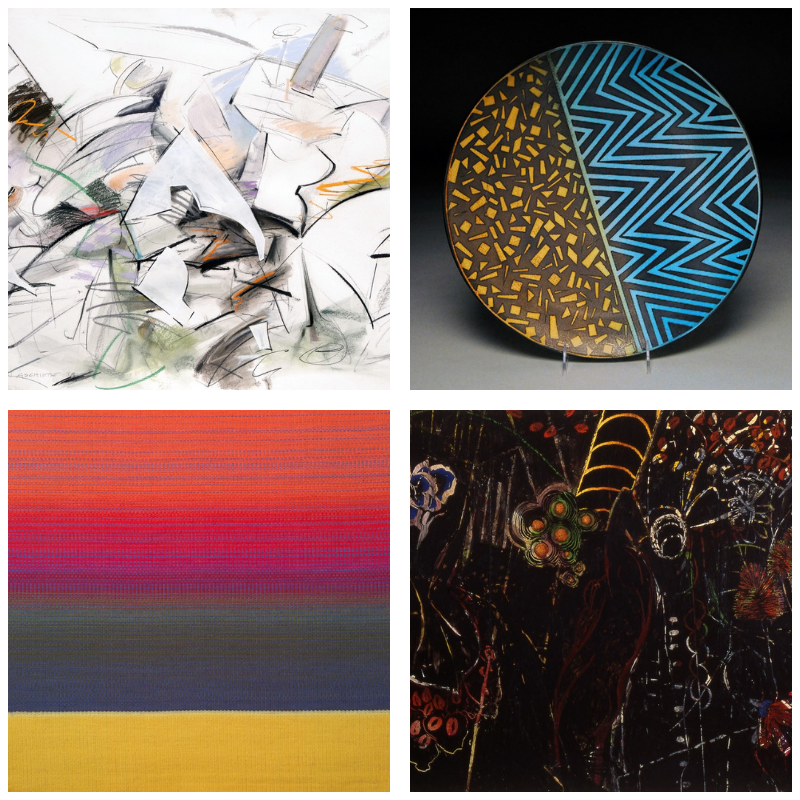 The Gallery at Mountain Shadows’ curator and director John Reyes says he likes to have “a yin to the yang” when he’s putting together a show.

“I always like to have something that’s a little bit opposite,” he says.

His last show, It’s All in the Details, displayed intricate details in different types of work. He featured four artists, from a painter and printmaker who was known for his drypoints of desert landscapes to a mixed-media artist who makes resin works out of foraged materials.

“We’ve been doing this for three years now and we’ve shown some of the most well-known and historical [artists]… artists who have since passed away, but they still have stellar reputations like Phillip Curtis, Lou Davis, Dorothy Fratt and Fritz Scholder,” he says. “We’ve also shown a number of living contemporary artists such as Jim Waid, Turner Davis, Beverly McIver and Beth Ames Swartz.”

The gallery has also featured pieces from private collections.

“Depending on what the show is all about, that piece of artwork could be a perfect illustration of an artist’s work and I think it’s really good for the public to see that,” Reyes says.

Even though The Gallery at Mountain Shadows is a for-sale gallery, Reyes also considers it to be somewhat of an education space.

“We’re able to kind of work outside of the box than what a museum does and also what a commercial gallery space would do,” he says.

The gallery’s latest exhibit, Longevity: Four One-Person Shows, features the work of four internationally acclaimed artists that reside in Arizona. The show opened on March 1 and will run until April 30. An opening reception will take place on March 19 from 6 to 8 p.m.

Each artist featured in Longevity has accomplished great feats in their respective careers, but what sets them apart is their style, Reyes says. Combined, they have nearly two centuries of experience setting the bar for contemporary fine art in Arizona and beyond.

The featured artists are Nicholas Bernard, Claire Campbell Park, Jim Waid and Anne Schutte. Bernard is a Scottsdale-based studio potter known for his low-fire earthenware pieces. Park is a textile artist who works with everything from handwoven linen to painted paper. Waid is a painter admired for his pieces that incorporate the flora and fauna of the desert with elements of fantasy. Finally, Schutte is acclaimed for her expressionist style with bold abstractions.

“The yin to the yang is this idea of longevity. Most of these artists have been producing work for over 40 years,” Reyes says. “They’ve been in the game for a really long time, but they do different types of work… There’s one thread and it’s the idea of producing art and making art for this long, but it’s all these different materials.”

The gallery features four large walls, and each artist is given one wall to display their art. Reyes is particularly excited about displaying Anne Schutte’s work. The Phoenix-based artist has not had a show in nearly a decade.

“Her resume is really quite extensive and hardly anybody knows who she is. I feel as if she’s undervalued and underappreciated,” he says. “When you have a gallery space, you can focus attention on artists who have been overlooked or artists who haven’t had an exhibition in a long time, and it changes people’s perception of that particular artist.”

Schutte will be exhibiting a five-part series that she says “explores what lines and shapes can do.” She’s inspired by the starkness of Franz Kline’s paintings, the shapes in Robert Motherwell’s prints and the balance in Richard Serra’s sculptures.

“I’m fascinated by artists that really take risks and chances with their work,” she says. “Art constantly challenges you and you learn something new every day.”

In addition to presenting underexposed creators, Reyes aims to educate the public on what it means to be an artist.

“I have a lot of respect for the artists that I show… I pick them because there is something in their work that I connect to but more than that, it’s the idea that they make things out of the ether,” he says. “I’ve always been fascinated with architects, directors, artists, people in that type of creative field that can literally make something up and manifest it.”

For Schutte, being an artist means constantly evolving. “It’s an ongoing investigation,” she says.

Reyes also hopes to highlight the history of Scottsdale and Mountain Shadows with each show.

“We’re presenting part of the history and also the artists and the arts here in Arizona,” he says.