Extra Ordinary—The adorable Maeve Higgins is Rose, a driving instructor who used to be a psychically talented investigator and exorcist. She meets Martin Martin (Barry Ward), who is still haunted by helpful reminders from the ghost of his naggy wife.

Initially posing, unconvincingly, as a driving student, Martin persuades Rose, very reluctantly, to come out of psychic retirement, partly because she’s a lonely single and thinks he’s kind of cute, but also because it’s urgent. Martin’s teenage daughter is in a trance, and is slated to be sacrificed to demonic forces during the upcoming blood moon.

Thus this charming Irish romantic comedy, written and directed by Mike Ahern and Enda Loughman, also becomes a surprisingly gruesome horror comedy. The source of the diabolical threat is Will Forte as Christian Winter, a buffoonish “mystical” rock star with only one hit to his credit. He’s bargaining with dark forces for a comeback, though his insufferable wife (Claudia O’Doherty) keeps deflating his attempts at high fiendishness. The movie hinges on that comic mechanism— dramatic flourishes punctured by banality — from its meet-cute set-up to a finale that’s quite, well, spirited. Greed—The great Steve Coogan plays Richard McCreadie, a fictitious British fashion tycoon preparing for an extravagant 60th birthday party on the island of Mykonos. In flashback, we see this skunk’s resistible rise to fame and fortune; we’re also shown the Third World sweatshop workers, mostly women, that Richard exploits to maximize that fortune, as well as the beach-stranded refugees he wants to displace from the backdrop of his celebration.

This blunt, living-newspaper-style satire, written and directed by Michael Winterbottom, depicts Richard as a thoroughgoing heartless morally blinkered bastard. But Winterbottom also gives Coogan blistering, splenetic invective and sarcasm that’s highly entertaining. He’s a grand comic villain, and his vigor, along with the glamor and opulence of the Greek setting, helps to balance Winterbottom’s insistent, almost Brechtian didacticism about the sources of Western one-percent wealth.

There are many good performances, from Isla Fisher as Richard’s first wife to Shirley Henderson as his formidable mother, and good running gags, like the sheepish journalist (David Mitchell) whose jokes keep falling flat. He’s a painfully dead-on representative of all the media hangers-on whose livings also depend on rich SOBs like Richard; a far more Onward—In terms of story, this latest feature from Disney/Pixar has a lot of the obligatory elements of CGI animated features, down to an absent parent and an adolescent hero who just needs to believe in himself. Where the film shows its originality and wit is in the setting. It’s a world of mythical creatures—elves, centaurs, cyclops and the like, including feral unicorns — living in a mundane working/middle-class suburbia of custom-painted vans and convenience stores and theme restaurants. These magical beings have forgotten their magic, you see. Two elf brothers, voiced by Tom Holland and Chris Pratt, go on a quest to conjure their late father so they can spend one last day with him.

There may be an allegory intended here for a human world in which we’ve become so dependent on virtual technology that we can no longer engage with the magic of reality. Or maybe it wasn’t intentional, but this sweet film can be read that way. And what other movie has Octavia Spencer as a genial manticore? 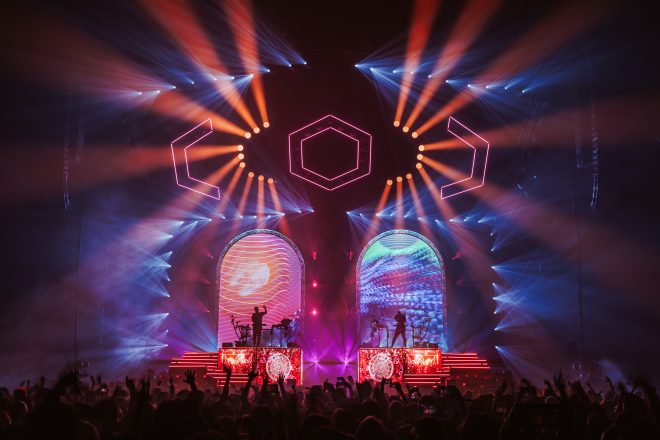