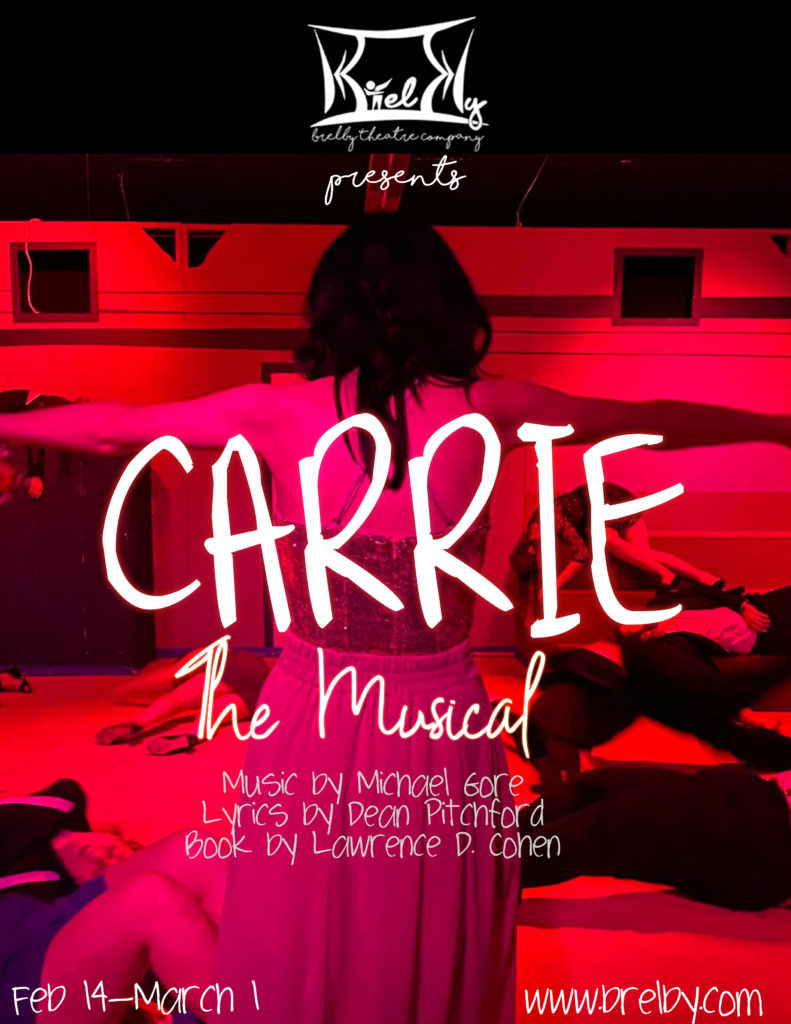 Carrie: The Musical—One of the most celebrated flops in Broadway history was this staging of Stephen King’s novel about a teenage misfit who takes psychic revenge on her high school when she’s the victim of an ugly prank at prom. Expensive and technically complicated, it closed after just sixteen previews and five official performances in 1988.

But it has refused to die. Several marginally more successful revivals, including an Off-Broadway run in 2012, as well as exposure on an episode of TV’s Riverdale, have given the show (music by Michael Gore; lyrics by Dean Pitchford; book by Lawrence D. Cohen) a relatively busy afterlife of regional and high school productions. It plays through March 1 at Brelby Theatre Company, the agreeable black box in a repurposed historic home in downtown Glendale.

It’s worth catching. Make no mistake, it’s a very uneven production, with prerecorded music that overwhelms the cast’s voices at times (at least the night I attended) and some unsteady, cramped choreography. Director and choreographer Shelby Maticic has some interesting ideas, but the tight space inhibits some of the possibilities for stage effects, and the experience level of the performers is clearly varied.

That said, the intimacy of the venue and the gameness of the actors give the show an eccentric charm, and at times a creepy spookhouse intensity, that a slicker, more polished production likely wouldn’t have. The performers sell such effects as are attempted with such vigor that they come across strongly.

Best of all, however, are the performances of the three leads. Ixy Utpadel is touching as Sue Snell, the conscience-stricken girl who tries to make amends to Carrie with tragic results. DeAnna McMahan layers her scary craziness with a poignant humanity as Carrie’s fanatical mother.

Best of all, however, is Alixandra Giordano in the title role. Tiny and big-eyed, Giordano looks like she stepped out of a Margaret Keane painting, and she has a potent voice and a soulful, heartfelt manner. By the end of the first act, we in the audience feel deeply protective of her, which makes the second act both satisfying and heartbreaking.

For ticket information, go to brelby.com.